Tristan Leigh has not been back to visit Ohio State since November of 2019. (Birm/Lettermen Row)

Have a question about Ohio State recruiting? This is the place for you, five days a week. Submit your questions on Twitter or on the Lettermen Row forums. Check-in daily to see what’s on the mind of Buckeyes fans all over the country. Today’s question is about the offensive line and where things stand with another possible addition.

Any other OTs at all for 21 being recruited? I can’t believe they’re settling for just Zen. Hopefully Jackson can play there. The disregard for OT depth over the years is frustrating.

To start, I think it’s somewhat incorrect to contend that Ohio State has disregarded tackle depth or the need for it on the recruiting trail. There aren’t a ton of true tackle bodies out there in the world of high school football — and even fewer of them are capable of playing for a program like the one the Buckeyes have.

But the concern is understandable. Beyond Nicholas Petit-Frere, Paris Johnson and Dawand Jones, there aren’t any guys on the current roster that appear to be a sure bet to play tackle next season when Thayer Munford moves on.

What Ohio State has done in the absence of the pure-tackle body is recruit really athletic guys who can play all five offensive line positions, prospects like Grant Toutant (who, like Munford, is 6-foot-6 and 310-pounds) and Josh Fryar. In the Class of 2021, that applies to Donovan Jackson, Ben Christman and Zen Michalski. Long arms and quick feet are the goal. The ability to be flexible, both physically and positionally, is a requirement — while height isn’t. 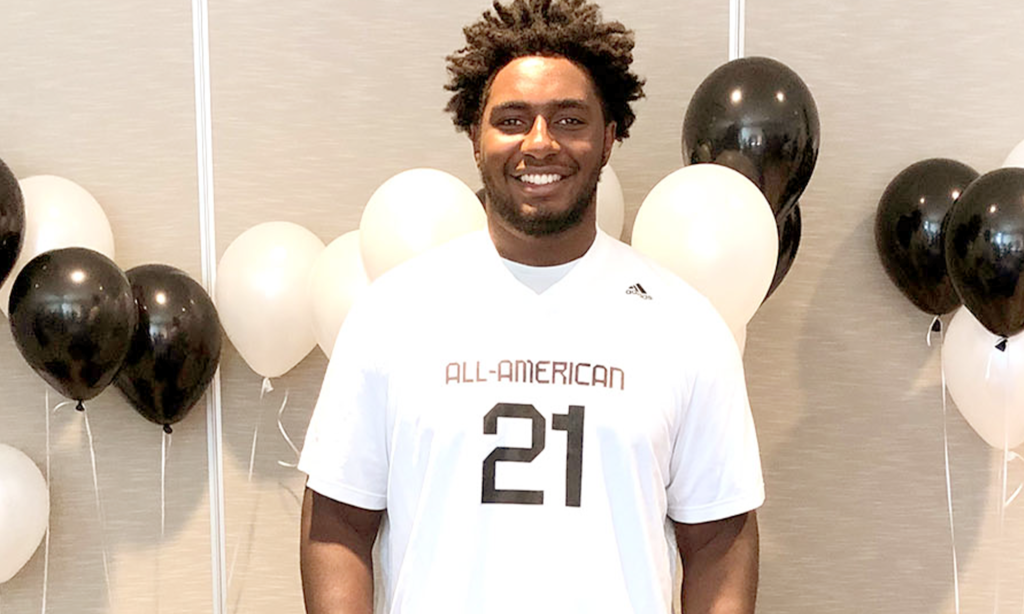 That said, yes, there’s a premium on true offensive tackles. And that’s why, since losing out on J.C. Latham to Alabama, Ohio State has focused its offensive line attention on 5-star prospect Tristan Leigh. His recruitment is narrowing down — he’ll announce his decision on Jan. 2 — and it’s a three-team race between Oklahoma, Ohio State and LSU. Right now that is probably the order for Leigh.

He was supposed to make it to Columbus for the Buckeyes Bash in October but couldn’t, and though he has been to town before, not getting him back on campus before his announcement makes it much harder to imagine him selecting the Buckeyes over the Sooners. His mother confirmed to Lettermen Row that there’s still at least a chance for a visit on the weekend of Dec. 19 — but not before then because of work and a previously planned family trip over the weekend of Dec. 12.

So while the odds may be long in the race for Leigh right now, there’s no quit in the Ohio State efforts. If there’s a steadfast desire to take another tackle in the Class of 2021, the Buckeyes have not overreacted to the trend with Tristan Leigh by offering another player at the position yet. If they intend to do so, it’d be in their best interest to do so sometime relatively soon. Ohio’s top line prospects not named Ben Christman are committed to Pitt, West Virginia and Kentucky already, and signing day is less than three weeks away.

If there’s no new offers extended, then that means one of two things is happening. First, the Buckeyes feel good about Tristan Leigh and their chances with him. If that’s not the case — and right now I personally don’t think it is — then the lack of another offer only underlines the point that Ohio State is only going to take another offensive lineman if that player is a surefire, no-doubt kid who can contribute early. Otherwise, it may make more sense to wait until 2022 and allow the huge early momentum building in that class to help attract some top-end, true offensive tackles.