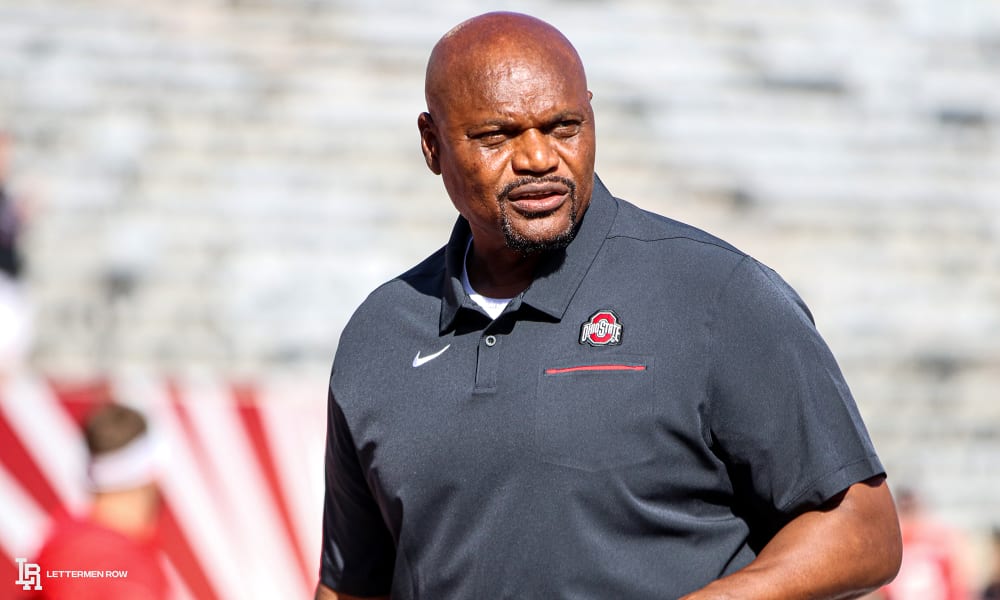 Since then, Larry Johnson and the Buckeyes have been working tirelessly to supplement the local standout with the country’s best linemen in the hopes of restocking Johnson’s always-loaded position room.

But despite Johnson’s legendary reputation and a glaring need for defensive linemen, there’s been no hurry for Ohio State’s top targets to join the Rushmen. 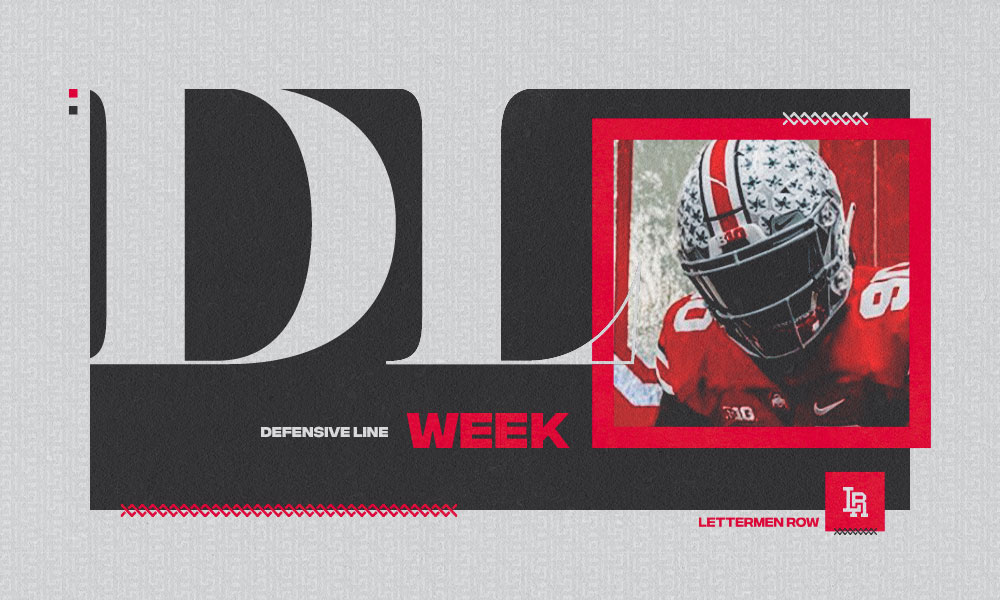 Tywone Malone is at the top of the Ohio State wishlist on the defensive line. (Sam Silverman/Lettermen Row)

Fortunately, there’s been no rush by the Buckeyes either. With Johnson’s patient approach and steady leadership, two top defensive line targets have joined Sawyer — and both Michael Hall and Tunmise Adeleye are ranked as top-100 prospects nationally and inside the top five at their respective positions.

For most programs and most coaches, three players ranked that highly in one class would be sufficient. But for Johnson and Ohio State, the work is only halfway done, and there remains an intense focus on landing two more big-time players to complete what would probably be the most complete defensive line class Johnson has assembled since joining the Buckeyes in 2014.

And when recruiting a class has the goals that this Ohio State class has, the only way to accomplish them is to go big and go far for the pieces that will get it there. For the Buckeyes, that means a coast-to-coast finish to wrap up the defensive line haul in the 2021 cycle and put the finishing touches on Johnson’s master class.

Ohio State has the targets in mind, and it has for a while now. On the East Coast, the focus remains on New Jersey 4-star defensive tackle Tywone Malone. The Bergen Catholic standout is a two-sport star who is receiving major consideration as a college baseball player. And though he’s not been on campus with the Buckeyes since last November, a source close to the 6-foot-4, 305-pound lineman indicated that Ohio State has improved its positioning since.

But Malone himself is pretty private. He doesn’t say much about his recruitment, and to this point, there’s not a single 247Sports.com crystal ball prediction on his profile, a rarity this late in the process. That speaks to how little tangible information there is about his preferences. What isn’t a mystery is how highly he’s valued by Ohio State. The Buckeyes aren’t recruiting many players at this point and have all but concluded their recruiting efforts at the position outside of Malone.

However, there is another player still on the board: 5-star J.T. Tuimoloau, who lives some 2,850 miles away from Malone, outside of Seattle. Unlike Malone, Tuimoloau has never been to Ohio State, and that’s a direct result of the Covid-19 pandemic and the now five-month long recruiting dead period that still hangs over college football recruiting. There are some on the West Coast who believe that had the 6-foot-5, 280-pound defensive lineman been able to visit in April as intended that a commitment could’ve happened already.

It didn’t, and right now there’s no idea when or if it will for a prospect who could play either inside or outside in the Buckeyes system. Four of the five 247Sports predictions right now for the country’s No.2-ranked player are in Ohio State’s favor. But there’s an underlying concern that without a visit to Columbus, he may feel compelled to stay closer to home. It’s vital for the Buckeyes that a visit is able to happen, certainly.

With Larry Johnson leading the way, the Buckeyes have regularly had one of the country’s premier defensive lines and will continue to do so with or without J.T. Tuimoloau and Tywone Malone. Still, there’s no question that these two young prospects are the missing pieces to what could be the finest class the legendary Johnson has ever recruited.