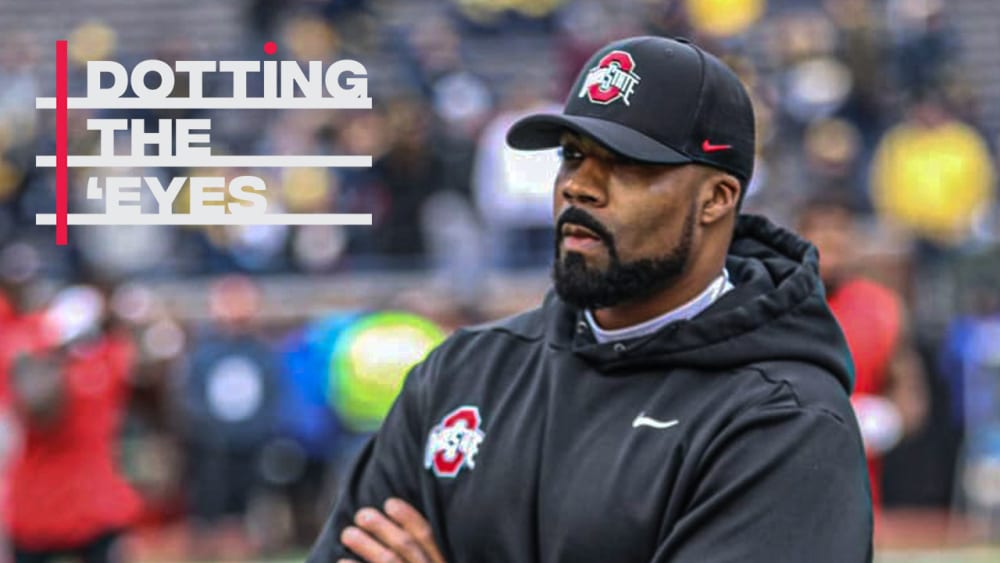 Stay in touch or be left out because Ohio State recruiting is a 24-hour, seven-day-per-week obsession. What’s the latest news as the Buckeyes build for the future? Get that and more Sunday through Thursday on Lettermen Row. Tuesday, we break down a former Ohio State target’s commitment elsewhere and check out the latest offers extended by the Buckeyes.

Lettermen Row readers have been kept up-to-date on the recruitment of Barrett Carter, who sat down with Birm for an episode of Birminology not long ago. The nation’s No. 100 prospect and a four-star linebacker from North Gwinett (Suwanee, Ga.) High School, Carter is a high priority for the Buckeyes, who are looking at a small class of maybe two or three linebackers in the class.

Sunday, Carter tweeted that he is ready to make an announcement and the presumption is that it will have something to do with his recruitment.

Carter will not likely be committing Wednesday at 5 p.m., but the country’s No. 6 outside linebacker will make what he calls a “big announcement” at that time.

It’s more than likely a cut down top schools list, a decision on official visits or an All- American game, but in recruiting, it’s hard to be absolutely sure.

Carter, who lives in Georgia but is originally from Chicago, has made sure to remind people that he has no allegiance to staying in the South for college, and the Buckeyes appear to be on the list of teams Carter is interested in. The junior linebacker is one of the most heavily recruited players in the country, with offers from more than 40 schools. He has taken a slowed-down approach to the process and will be back in Columbus this spring.

Maybe with the big announcement, things will start to speed up for the standout linebacker.

Although prospects can’t visit Ohio State during the February recruiting dead period, the Buckeyes can still contact recruits over the phone and reach out to continue building bonds. They can also extend scholarship offers, which is exactly what’s happening.

And just because the Buckeyes already have a tight end committed in the class of 2021, Sam Hart, doesn’t mean they’re done at that position of need for the future. Ohio State offered a pair of 2021 tight ends in the last few days.

Blessed beyond measures to announce that after a great talk with @OSUCoachKDub, I am proud to announce that I have received an offer from THE OHIO STATE UNIVERSITY #AllGlory2God🙏🏾 #GoBucks💯💯 pic.twitter.com/JZ77q6Zfl5

Ohio State tight ends coach Kevin Wilson has been in contact with Terry, the No. 4-ranked tight end in the class of 2021 according to the 247sports.com composite rankings, even before he extended the offer to the California tight end.

“He told me he liked my game and that he would love for me to come down,” Terry told Lettermen Row. “I think he felt that distance was a factor in my recruitment so he just didn’t want to throw out an offer. They like how I’m a complete tight end.”

That simply isn’t the case, and Terry made sure to let Wilson know that.

“I just told them that I’ll go anywhere that I’m comfortable at,” Terry said.

Nesbit, the country’s No. 19-ranked tight end, is a massive 6-foot-6 and weighs 220 pounds. Both offers show that the Buckeyes are prioritizing a second tight end as part of their already impressive 2021 recruiting class.

With other top tight ends like Hudson Wolfe, Jordan Dingle, Louis Hansen and others also being recruited by Ohio State, Ryan Day, Kevin Wilson and the offensive coaches know they need another in the class.

Now, Blackwell will be taking his talents elsewhere. The four-star wide receiver committed to Mack Brown and North Carolina on Monday.

This isn’t a bad sign for the Buckeyes. Birm mentioned in January that Brian Hartline and Ohio State might need to slow down when it came to recruiting 2021 wide receivers. There are still a couple of options for the Buckeyes to add a third and fourth wide receiver to the class if they choose.

Big players remain such as Emeka Egbuka and Troy Stellato. Blackwell just won’t be one of the receivers in the class, and that became — sort of — official Monday.

Buckeyes have major recruiting needs, elite options at running back
Already well stocked, Buckeyes can be selective at wide receiver