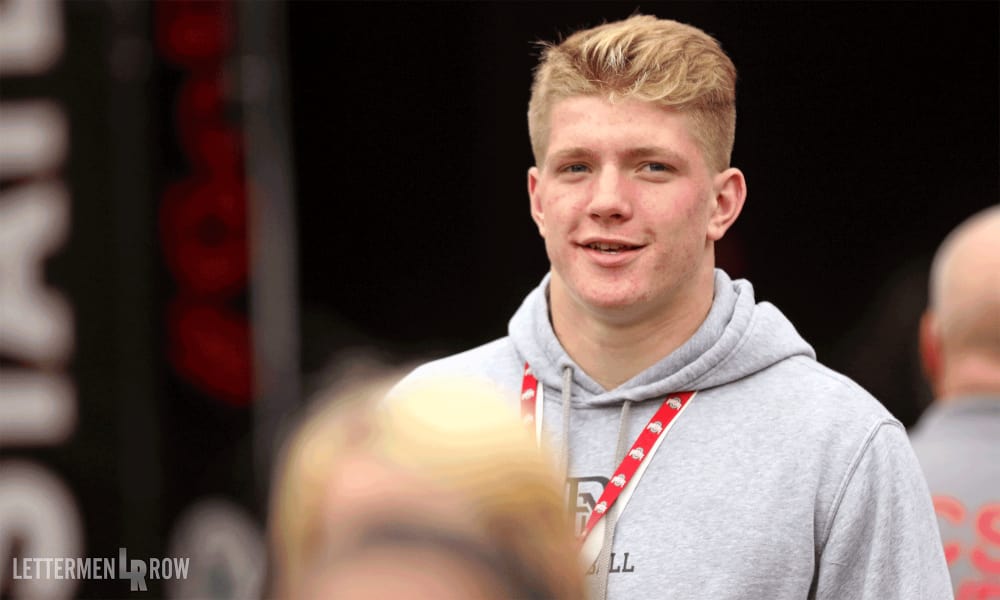 Ryan Day and Ohio State have the lynchpin of what could be a special in-state recruiting haul in the Class of 2021: 5-star Pickerington North defensive end Jack Sawyer is now committed to the Buckeyes a day after his most recent trip to campus in Columbus.

Who is Jack Sawyer? Why is he so vital to the program? Here is the low down on Ohio State’s newest verbal pledge.

What Jack Sawyer gives Ohio State on the field

There are many recruiting analysts who watch football around the state who believe the sophomore defensive end from Pickerington North is Ohio’s best football prospect regardless of class.

That’s how high the ceiling is for Sawyer on the field. He’s already 6-foot-5, 220-pounds and a quick-twitch athlete capable of beating offensive linemen with an explosive first step or by running through them. He has all the tools already to warrant his lofty national ranking and is just beginning to scratch the surface of what he is capable of becoming. A very good basketball prospect as well, Sawyer has elite athleticism. At the risk of putting too much pressure on a player this young, in the search for a Bosa-type defensive end, this is about as close as there is outside of that gene pool.

To land Ohio’s best player in the Class of 2021 with two years left of recruiting ahead of him at this point is absolutely huge for Ryan Day and the Buckeyes. Back in November, Sawyer told Lettermen Row he was worried about committing too soon because he was still very interested in a few other schools.

“I love a couple other schools right now as well and this winter and spring I’m going to visit everywhere,” he said. “Then take a week off and then see where I feel like was best for me. I just feel like making a decision right now is a little too early in the process for me.”

But when Day took over the Buckeyes program, things changed. There was a noticeable shift in how Ohio State recruited him and the state in general.

“Me and Coach Day, early on, when he first took the job, he made one of his first stops to come to see me,” Sawyer said. “It means a lot to me that he’d come and see me early on when he has a bunch of 2019 recruits that he has to keep locked up.” 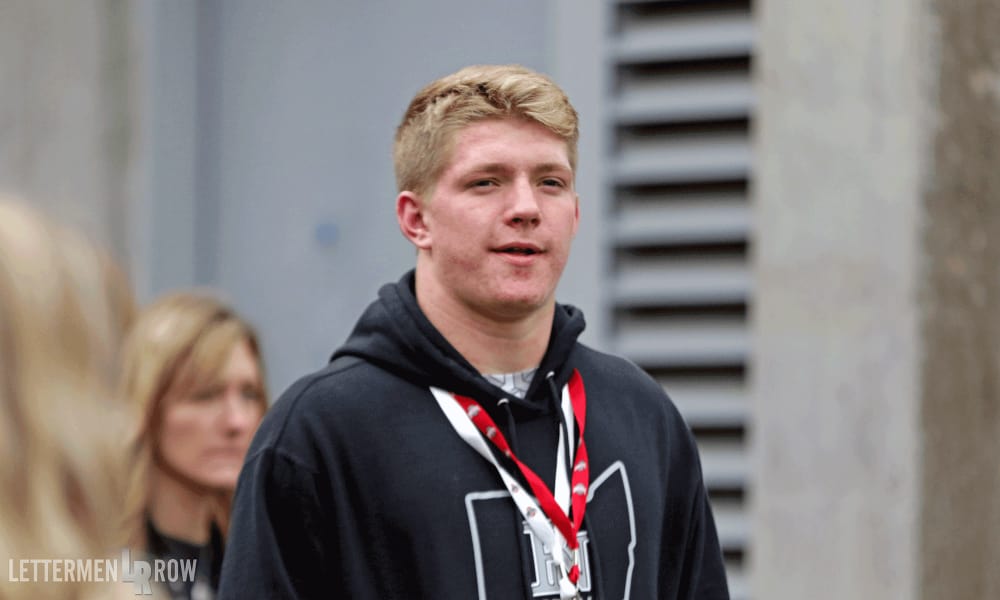 Jack Sawyer is a regular at Ohio State games and will play a major role in recruiting the 2021 class. (Birm/Lettermen Row)

“Coach Day came to me and said that I’m the priority for them and that they need players like me from the state of Ohio,” he said Sunday. “I can do huge things with being able to get guys to come, and it’s really on me to build a huge class.”

The Buckeyes have a leader in the Class of 2021, and not just when it comes to players in Ohio. Having a local star like Sawyer able to show up on campus any time Ohio State hosts a big-time priority kid from out of state is important, similar to the way Jonathon Cooper was able to impact the Class of 2016.

As for the defensive end position itself in 2021? Sawyer’s addition means the Buckeyes are able to focus almost exclusively on landing fellow Ohioan Najee Story and New York’s Jahzion Harris, two of the most athletic end prospects.