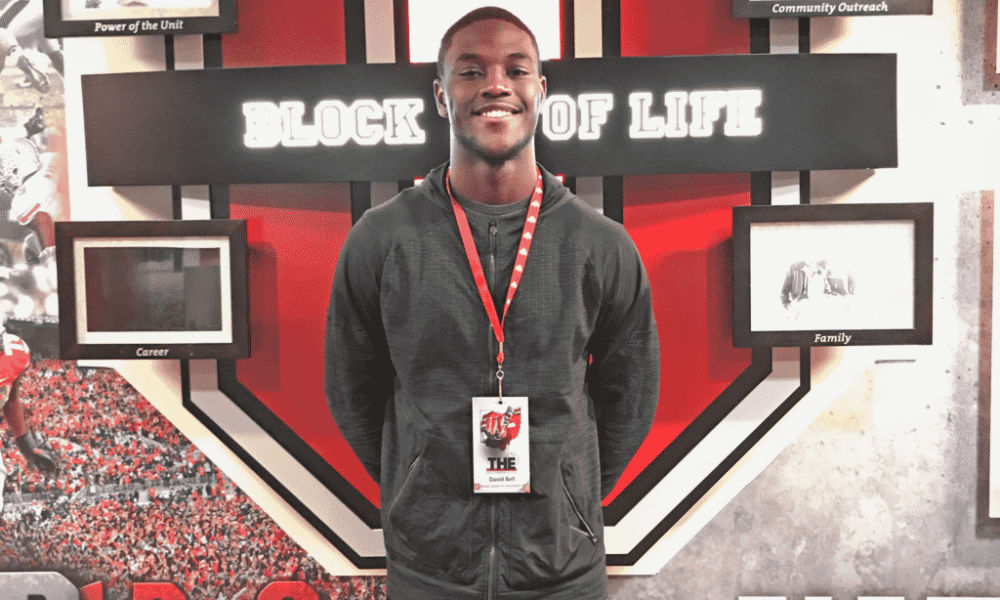 Ohio State is hosting a couple of its top wide receiver targets in the Class of 2019 on official visits this weekend. Marcus Washington and Jameson Williams, a pair of 4-star wideout from St. Louis, arrived on Friday night, and 4-star Austin, Texas wide receiver Elijah Higgins is also in town for his official visit. Those trips will get the most fanfare this weekend, but the Saturday morning trip from Indianapolis to Columbus for 4-star prospect David Bell could have as much impact as any of the others.

“They’re one of the programs recruiting me hard,” Bell told Lettermen Row of the visit. “The visit went pretty good. I enjoyed myself. My mom went with me, it was her second time there.”

Though the Ohio State staff was busy hosting official visitors, they made time to sit with Bell and go over how – and why – he’s one of their top wide receiver targets remaining in 2019.

“[Urban] Meyer told me that I’m a top priority,” he said. “He told me if I have an opportunity to be great, why not come to Ohio State? He said that there’s a real chance I could play as a freshman if I attended Ohio State.”

Zach Smith has been the coach recruiting Bell the hardest for the Buckeyes, helping Kevin Wilson take over after the departure of Kerry Coombs, who was responsible for the majority of Indianapolis-area recruiting. Smith also spent time with the 6-foot-2, 185-pound Bell on Saturday.

“Coach Smith broke down some film with me,” Bell said. “He told me how I will be used if I was to play there and he just gave me some great tips on how to get open, etc. so that I can have a big senior year.”

Ohio State is in the mix for Bell, and the Buckeyes will likely host the country’s No. 18-ranked wide receiver for an official visit in the fall.

“I feel the same about all the schools I’m interested in right now,” he said. “I’ll take an official visit to Ohio State on a game day. I’ll probably sign in December.”