Ohio State football recruiting can be a wild ride full of twists and turns as recruits from all over the country maneuver their way to signing day. Lettermen Row is here to help navigate the tumultuous roads by getting to the heart of the matter with the young football players and Ohio State coaches and staff members themselves. This week’s guest is Nicholas Singleton, a top running back target in the Class of 2022 for Ohio State.

It’s been more than a year since Ohio State offered Nicholas Singleton. His recruitment has been, for the most part, quiet, but not without intrigue.

Singleton is the country’s No. 5-ranked running back, a recruiting profile that would usually make his every move internet fodder. That’s not the case for the Governor Mifflin (Reading, Pa.) star. He keeps a low profile and focuses on himself, not the press that his football talents bring.

His desire to stay low-key hasn’t stopped the country’s best college football programs from finding him. He officially lists a top nine schools that include Ohio State, Michigan, Notre Dame, Penn State, Wisconsin, Alabama, Auburn, Northwestern and Texas A&M. Each of those programs have offered. So have 25 others. 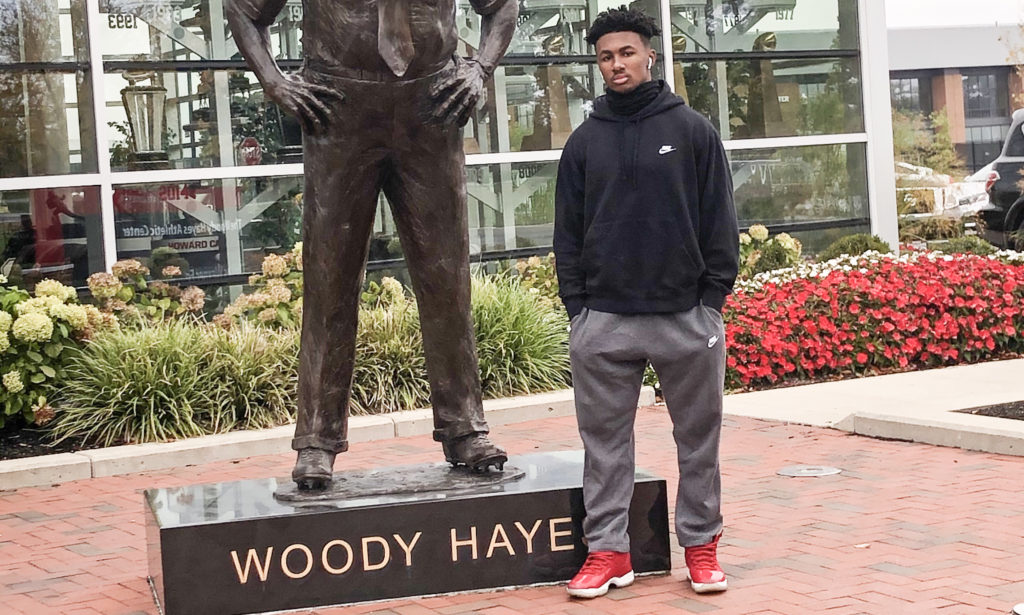 And now Nicholas Singleton is just trying to find which place fits him best. After a dominant junior season, he’s ready to get focused on recruiting. Now that the NCAA dead period appears heading for a conclusion, official visits are being scheduled for the entire month of June and clarity comes with it.

Ohio State will get one. so too will Big Ten opponents Penn State, Wisconsin and Northwestern. Notre Dame will get one also. l. His recruitment isn’t going to stop being interesting, clearly, but will it lead to answers? Will it lead to a college decision for this big-time running back?

How often is Nicholas Singleton talking to Ohio State? Is there anything unique about the relationship he has with Tony Alford and Ryan Day? What is going to matter the most in his recruitment from here on out? How much pressure does he feel to stay home and play for the Nittany Lions?

The Pennsylvania standout joined Birminology to talk about those things and more with Lettermen Row.