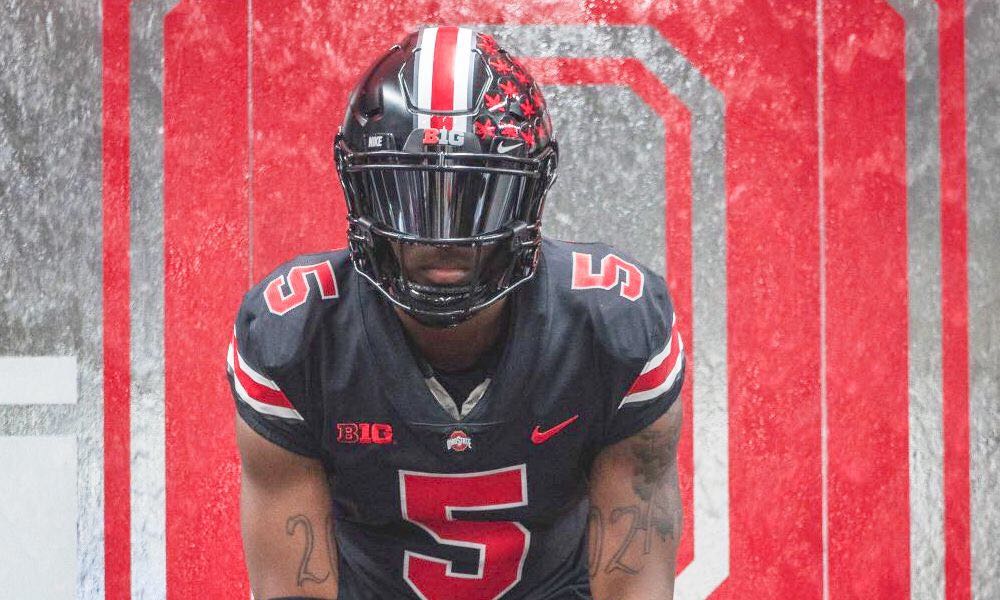 Ohio State landed a commitment from another touted wide receiver as Mookie Cooper pledged to the Buckeyes. (Mookie Cooper/Courtesy)

COLUMBUS — The red-hot recruiting roll at wide receiver for Ohio State isn’t slowing down. Now the Buckeyes have even added more speed with St. Louis 4-star Mookie Cooper offering his commitment to the program.

The latest addition to the Buckeyes 2020 recruiting class gives another key piece to Brian Hartline and Ryan Day and puts the finishing touches on a remarkable haul at a key position for Ohio State as it continues to evolve the passing attack and become even more explosive on offense. Now the fourth wide receiver committed for the Buckeyes, Cooper gives them a group that is almost certainly going to finish as the most impressive in the country as Hartline puts his stamp on the Zone 6 unit.

Cooper, the country’s 11th-receiver prospect, picked Ohio State over Illinois, Miami, USC and Texas. The speedy rising senior made his decision just days after returning from The Opening in Frisco, Texas, where Cooper was a top target for fellow Buckeyes commitments — and receivers — Julian Fleming, Gee Scott and Jaxon Smith-Njigba.

A true slot receiver, Cooper gives Hartline and company a dynamic athlete capable of impacting a game from the backfield or out wide. The Buckeyes 20th verbal commitment, the addition of Cooper increases Ohio State’s lead over rival Michigan as the Big Ten’s best recruiting class and moves them to within one point of third-place LSU in the national rankings. With a big month of commitments expected, Ohio State should overtake the Tigers with its next verbal, wherever it comes from.

Cooper, as mentioned, was selected to The Opening and was dynamic on the field in Frisco, giving defensive backs fits throughout the week and proving himself to be one of the more difficult receivers to cover in Texas. Now he’ll look to take that talent to Ohio State and provide that same dynamic playmaking ability for the Buckeyes.