Connect with us
Ohio State made Mitchell Melton a priority for months and it paid off with his commitment. (Mitchell Melton/Courtesy)

COLUMBUS — After months of back-and-forth debating in his head, a college decision finally came for 3-star linebacker Mitchell Melton. On Wednesday morning he announced his choice: Ohio State.

The decision for the Good Counsel (Olney, Md) product came on the heels of three consecutive June official visits to his final contenders, first to Notre Dame on June 7, then a weekend trip with the Buckeyes a week later before wrapping up his official trips with a stop at Michigan on June 21. After that whirlwind three weeks, the 6-foot-4, 240-pound Melton sat down and sorted out his feelings the old-fashioned way.

He, along with his mother, made a list. When that was broken down, it led to the Buckeyes.

“The biggest thing was just my family,” Melton told Lettermen Row ahead of his commitment. “My mom, she’s really helped me with this process — my entire family has — but she made a spreadsheet and like, kind of went through that. An honest, honest spreadsheet, looking at everything down to the straight numbers that [the schools] did right and what they did wrong. It was an honest viewpoint of each school and helped clearly see what the schools are.

“I chose Ohio State because it made the most sense. The environment that I was shown throughout my multiple visits best suited who I am as a person, my strengths and weakness. I believe the best version of myself will be made at Ohio State, and I will be afforded the opportunity to become an excellent athlete and most importantly an excellent man. It also just felt right and like everything was what it was supposed to be when I stepped on campus and I couldn’t imagine that anywhere else.” 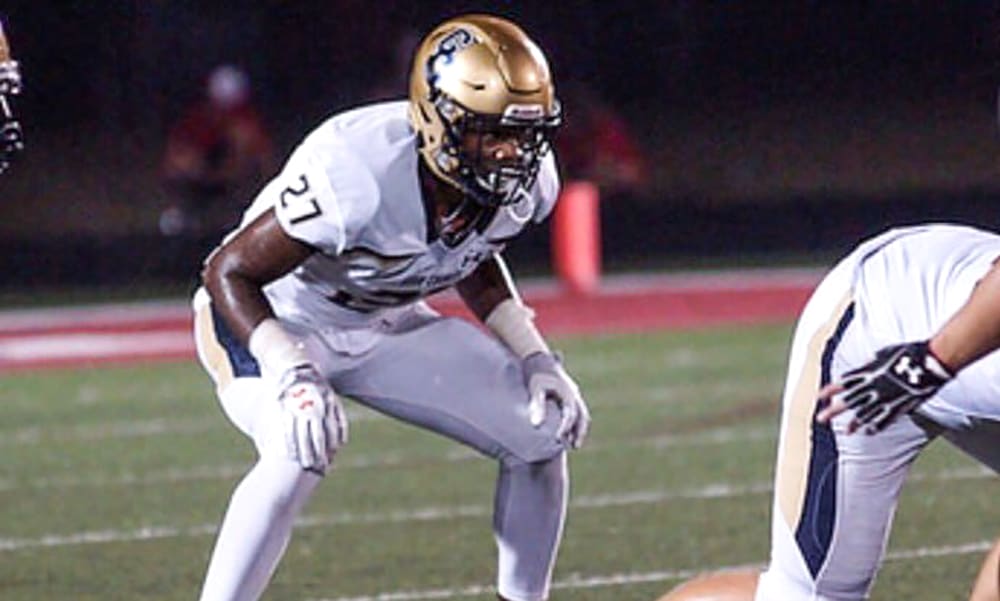 For Melton, the Buckeyes had to prove their academic commitment was as important as the football program. They did that during his official visit and presented Maryland’s 19th-ranked player with a plan on, and off, the field.

“They went over the schedule, and went over what it takes to be successful there,” Melton said of the Buckeyes. “They made it known how important [academics] are to them, especially in the football program and within the football staff.”

That comprehensive approach by Ohio State combined with Melton’s family roots to Ohio helped Ryan Day and his assistant coaches seal the deal.

Ohio State now sits with 17 commitments in 2020 and has a pair of its top linebacker targets in the fold. The Mitchell Melton announcement grows the Buckeyes lead as the top-ranked class in the Big Ten ahead of Michigan, which has 21 verbals in the fold.

Check out more from the Buckeyes latest target in a special commitment edition of Birminology on Lettermen Row.