Ohio State football recruiting can be a wild ride full of twists and turns as recruits from all over the country maneuver their way to signing day. Lettermen Row is here to help navigate the tumultuous roads by getting to the heart of the matter with the young football players and Ohio State coaches and staff members themselves. This week’s guest is Findlay sophomore Luke Montgomery who has the size and potential to be a very highly-ranked prospect in the Class of 2023.

FINDLAY, Ohio —  To catch the attention of Ohio State as a freshman in high school, a young football player has to have some truly outstanding characteristics.

Luke Montgomery, a rising-sophomore from Findlay, has a few. The 2023 prospect checks in at 6-foot-5 and 260 pounds and, he has been working hard to continue developing his frame into a high-level Division I football prospect. Like many young athletes, Montgomery actually prefers to play basketball right now — he’s played for Lebron James AAU team and now competes for Indiana Elite — but knows that football is the sport that provides him the best path toward college athletics. 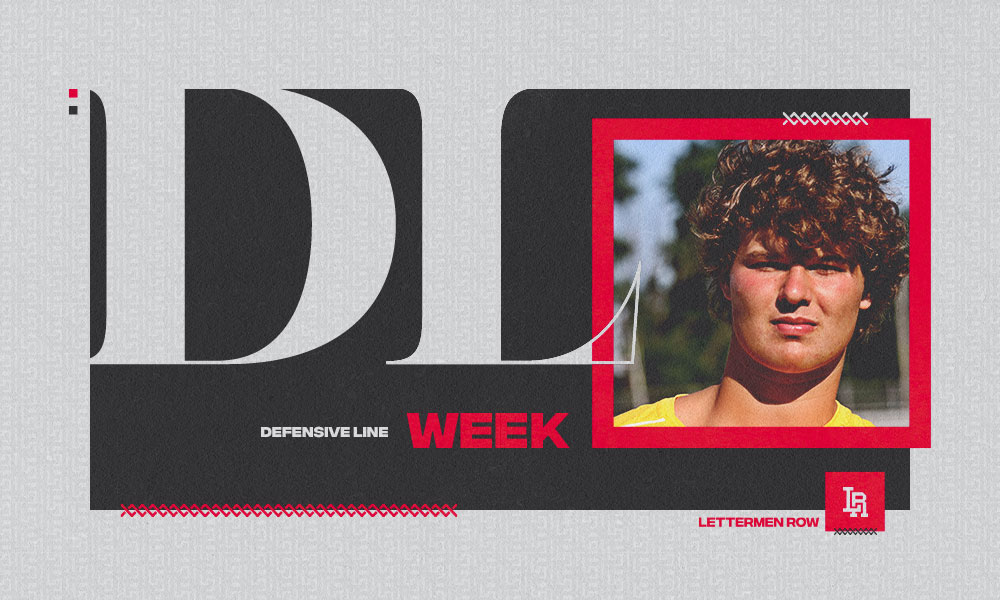 And that’s where Ohio State, the program Luke Montgomery grew up rooting for, comes in. The Buckeyes have been in touch already — and that’s been somewhat surreal for the young defensive lineman.

“To even be considered by teams that big as a freshman is an honor,” Montgomery told Lettermen Row in the spring. “I’m super excited. I think it’s happening because of my size and my footwork, but also just because I’m already playing varsity sports. So, I’m just learning a lot and just trying to focus on school and sports. But, yeah, I didn’t expect this at all.”

His size and athletic ability have put an early target on his back. But Montgomery still has three years left of high school football to become the player that he thinks — and colleges hope — he can be.

How is Luke Montgomery handling that pressure? What does he think about giving up basketball? How much contact has he been in with fellow 2023 prospects in Ohio about building a special class?

Continue Reading
You may also like...
Related Topics:Featured, luke montgomery