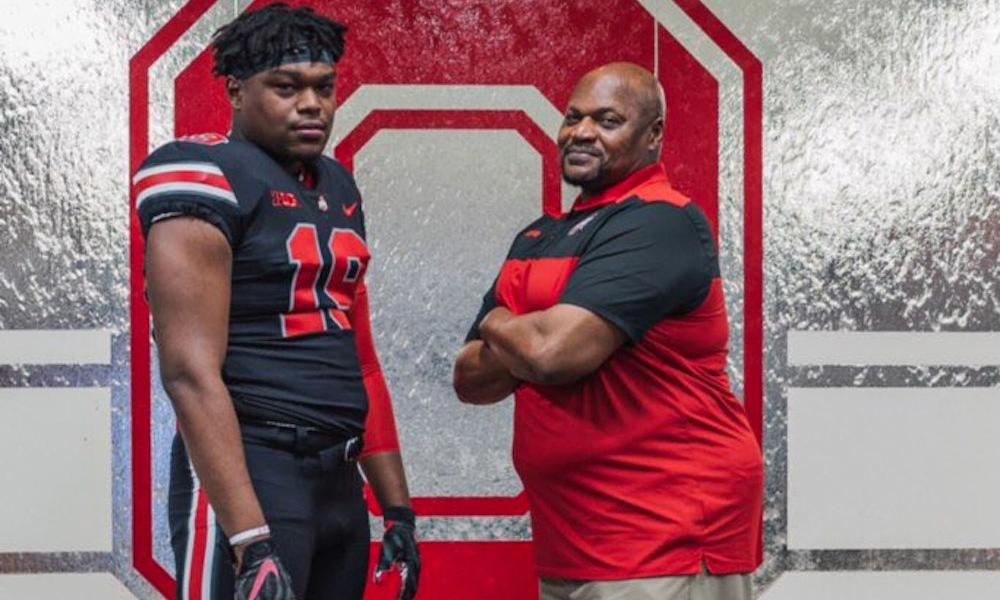 COLUMBUS — Larry Johnson may not use foul language, but he’s had recruiting rivals muttering obscenities under their breath for decades.

Words like legend are probably thrown around too frequently when it comes to college sports. But to define Johnson’s career, one may need new, larger adjectives in order to be accurate. That career spans more than 25 years and includes the development of a slew of the world’s best defensive linemen, including nine different first-round picks — three of them in the last four years with Ohio State.

Simply put, Larry Johnson knows what he’s doing when it comes to developing talent. Before he can turn young football players into first round picks, though, he has to know how to connect with them on the recruiting trail.

And that’s something that the 68-year-old North Carolina native has never struggled to do. 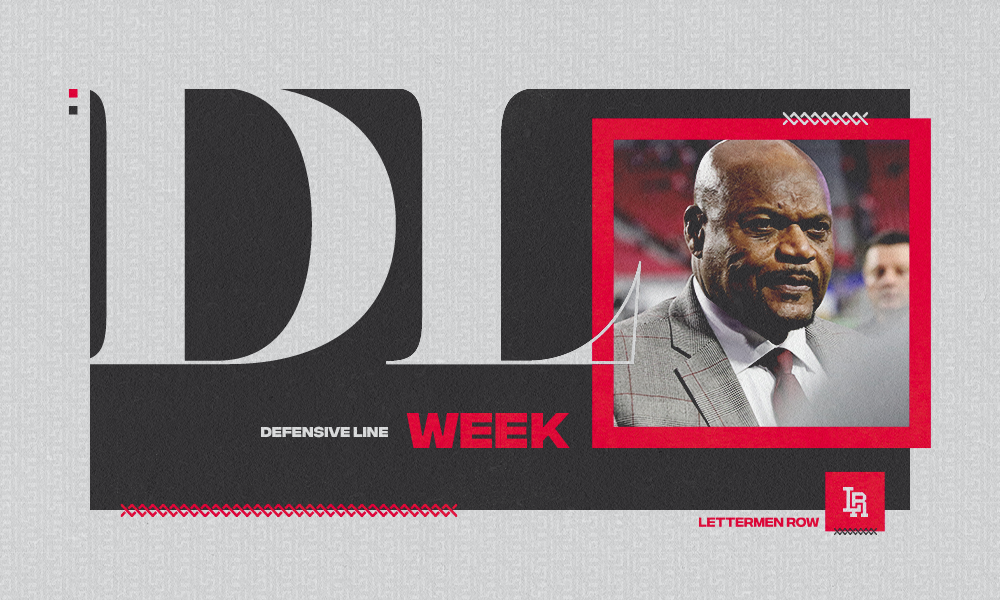 Larry Johnson elevated the Ohio State defensive line when he arrived on campus ahead of the 2014 season. (Sam Silverman/Lettermen Row)

“He just has a really unique way of connecting with you,” Jack Sawyer, a 5-star 2021 Ohio State commit told Lettermen Row. “It’s not one thing he does or doesn’t do, he just knows how to talk to people of all ages and backgrounds. He’s real, he’s down-to-earth and he’s been the exact same way since I met him almost three years ago.

Larry Johnson is not.

He’s maintained true to the ideals that molded him as a young coach and has kept his focus on finding young men who not only want to be great football players, but are interested in becoming better people.

“He makes you understand your potential, how great you can be,” former Buckeyes lineman Jashon Cornell told Lettermen Row. “He just makes you feel like you’re joining a family. Everything about him you just know you can trust, plus his resume is like no other.”

Every coach says the right things on the recruiting trail. That’s what they get paid for. What makes Johnson different? According to Cornell, it’s the simple fact that what he says, he means.

“He never switched up at all,” Cornell said. “What he tells you in recruiting is what you get when you step on campus. He t0ld me to trust him and come to campus and work. Do everything that he tells you to do and not be resistant to becoming a better man and then you’ll end up a better football player with the possibility of becoming an NFL draft pick.”

After years of rumors around when he’d end his prestigious career, Johnson appears reinvigorated by Ryan Day and the state of the Buckeyes program. For the parents of the young men coming to Ohio State, that’s good news. The chance to be coached by Johnson is the reason that young prospects like Mike Hall, Jr. picked the Buckeyes. The chance to developed off the field by Johnson is the reason Lynda Hall felt comfortable giving her son to Ohio State: That’s more important to a parent than the NFL pipeline he’s created over the last three decades.

“For me, it was knowing that I could turn my son over to a man like Larry Johnson, that is why I was happy Michael had made a choice,” Lynda Hall told Lettermen Row. “He’s a decent man, and that was never in doubt. He’s treated us like family from the first time we met him.”

With a little luck, Ohio State is on the verge of its best defensive line recruiting class ever. If that happens, it’s because of Larry Johnson. His humility, his reputation as a Hall of Fame teacher, and his irrepressible desire and commitment to mold men, not just football players.

If that happens, expect more profanity from other coaches around the nation.