Ohio State football recruiting can be a wild ride full of twists and turns as recruits from all over the country maneuver their way to signing day. Lettermen Row is here to help navigate the tumultuous roads by getting to the heart of the matter with the young football players themselves. Birminology shows who the young men being recruited by Ohio State truly are — by talking to them. This week’s guest is Kyle McCord, a 5-star Buckeyes commitment in the Class of 2021.

Kyle McCord makes it clear he doesn’t care that much about national recruiting rankings. After all, the 6-foot-3, 210-pound Philadelphia St. Joe’s Prep product has the scholarship offer he wanted, and he has been committed to Ohio State for almost a year now.

Of course, being bumped up and recognized as a 5-star prospect is unique honor for high school players and McCord is thrilled he’s recently earned that distinction.

“It’s pretty cool to finally be recognized as a 5-star,” McCord told Lettermen Row after being moved to 5-star territory. “I’m not a big rankings guy at all, but it’s a blessing to see all my hard work start to pay off.”

The rankings payoff came a few months after the work payoff for McCord, who helped lead the Hawks to a state championship as a junior. Since then, the future Ohio State gunslinger has been working to improve his game at a number of national camps but also using those opportunities to help recruit for the Buckeyes. 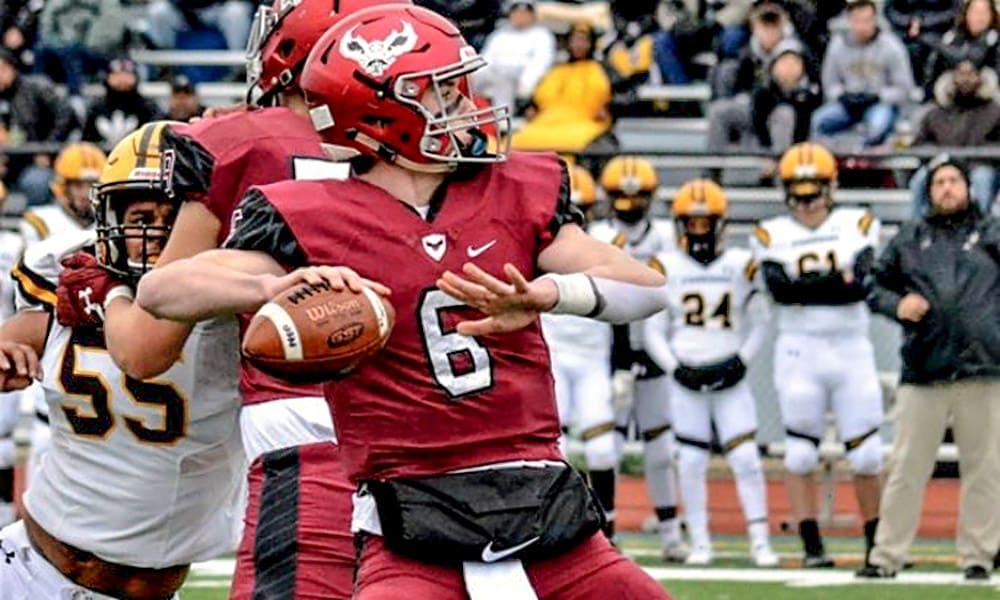 What else has McCord been up to since he last joined Lettermen Row for a sit-down? How has he handled the changes on the Buckeyes coaching staff and what are his plans for getting back to Ohio State this spring?

The young quarterback talks about those things and much more on the latest episode of Birminology, brought to you by Lettermen Row.