Ohio State football recruiting can be a wild ride full of twists and turns as recruits from all over the country maneuver their way to signing day. Lettermen Row is here to help navigate the tumultuous roads by getting to the heart of the matter with the young football players and Ohio State coaches and staff members themselves. This episode features Kyion Grayes, who just announced his college commitment and has chosen to join the Buckeyes.

It didn’t take long for Kyion Grayes to know his mind was made up after arriving in Columbus early Friday morning.

One trip to see Ohio Stadium in person was enough. He was ready to commit to the Buckeyes.

“Just walking around the campus and the stadium,” Grayes told Lettermen Row on Friday afternoon. “It gives you a different feeling. It’s just something you can’t match and it makes you feel at home.”

And now, even though he’s still in Columbus for another day, the 6-foot-1, 170-pound 4-star prospect from Chandler (Ariz.) High School feels confident enough to state publicly that Ohio State will be home for him throughout his college years. 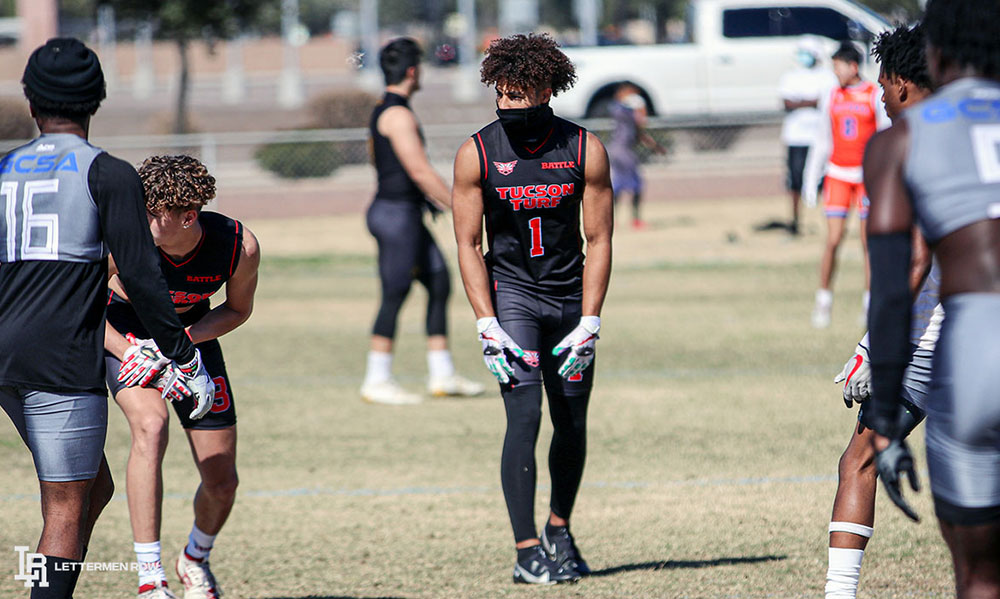 Kyion Grayes has been near the center of the Buckeyes receiver recruiting efforts since October. (Birm/Lettermen Row)

The Buckeyes offered the young receiver in October, but had been doing their homework on him for months ahead of that offer being extended. Though he was committed to Arizona at the time, the opportunity from Ohio State was instantly intriguing for Arizona’s No. 2-ranked 2022 prospect, who believed he had much to prove to national recruiting agencies.

“[Brian Hartline] thinks I’m am going to develop into a great player,” Grayes said at the time. “He always tells me that and that the culture at the school would fit me perfectly. I can see it.”

That vision became clearer after an unexpected friendship formed with for Buckeyes receiver Johnnie Dixon and thanks to close-knit ties that Grayes built with key players in his class.

Today, Kyion Grayes is commitment No. 11 for Ohio State in the 2022 class. He talked about that decision with Lettermen Row on Saturday, explaining why he didn’t feel the need to wait any longer, what kind of recruiter he intends to be on the Buckeyes behalf and why he thinks Brian Hartline and Ryan Day are the right men to develop him on, and off, the football field.