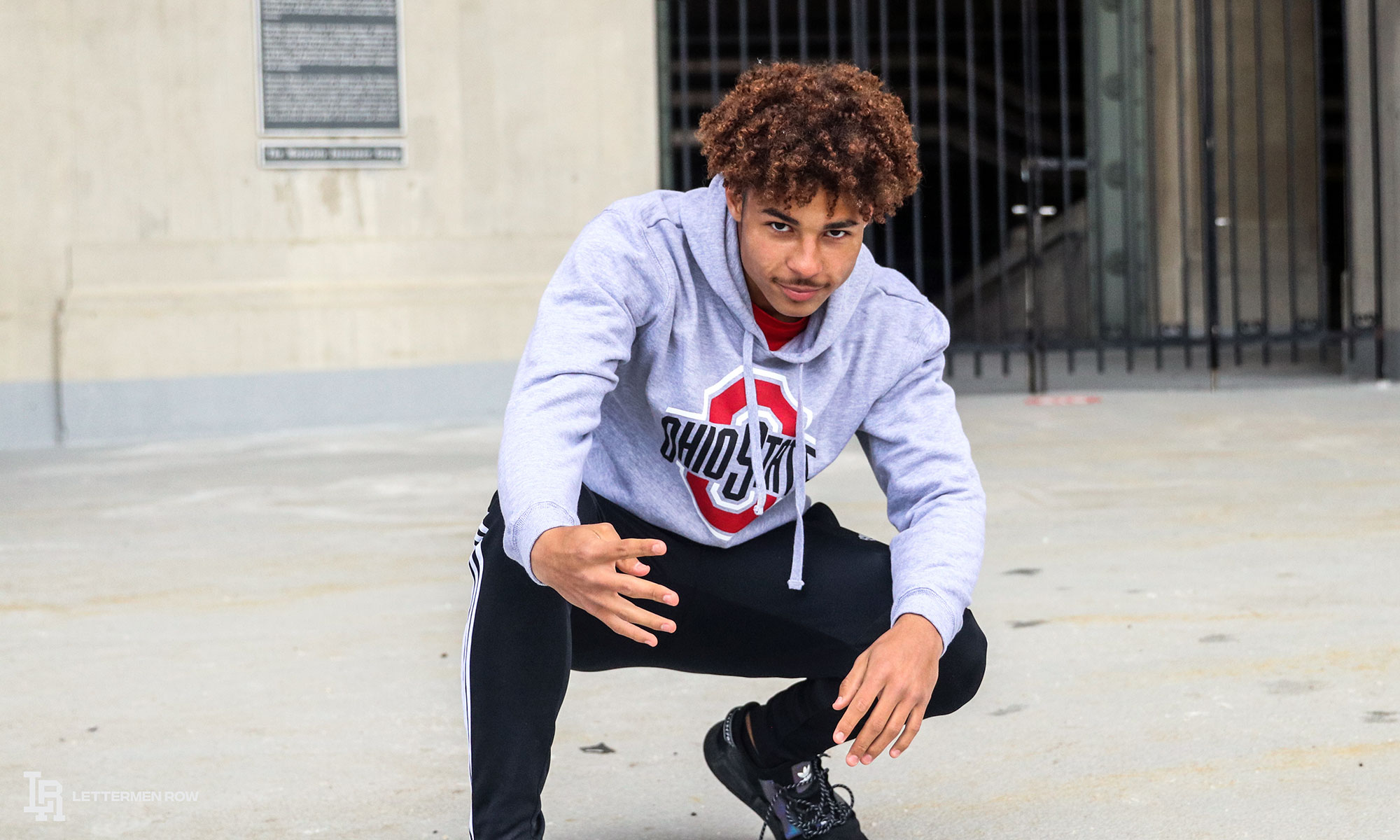 Offered by Brian Hartline in late October, Grayes has been closely linked to Ohio State since that time despite the fact that he was committed to Arizona. He decommitted from the Wildcats when they moved on from Kevin Sumlin but the odds of an eventual flip to the Buckeyes were high well before he reopened his recruitment.

“He thinks I’m am going to develop into a great player and we talk about this all the time,” Grayes told Lettermen Row when he was offered about his conversations with Hartline. “He always tells me that and that the culture at the school would fit me perfectly. I can see it.”

The vision has been realized and now Grayes has committed to the Buckeyes.

Lettermen Row is analyzing his choice and what his commitment means to Ohio State, the Big Ten and the national recruiting scene for the Class of 2022.

There are a number of different types of athletes in the receivers room at Ohio State and though Grayes isn’t going to blow anyone away with his physicality, he’s well put together at almost 6-foot-2 and 175 pounds already. His game looks easy — effortless to some degree — and he’s beyond his years as a route-runner. Grayes is a sure-handed, polished receiver for his age and does a great job catching the ball away from his body which helps him create space in instances where there may not be much of it.

Grayes has good top-end speed but perhaps lacks the explosiveness of players like Julian Fleming or Emeka Egbuka, but so do most high school athletes.

The natural Ohio State comparison is Chris Olave, though by the time that Grayes arrives in Columbus next January, he’s likely to be more physically ready for college than Olave was when he arrived from California in the 2018 recruiting class.

The No. 11 commitment in the Class of 2022 for Ohio State, Kyion Grayes is the second receiver in the mix for the Buckeyes and Brian Hartline. The No. 2-ranked player in Arizona, Grayes committed to Ryan Day and Hartline over the Oregon Ducks and 15 other offers, though his recruitment seemed almost like a done deal from the moment Hartline offered last fall.

Grayes has seen his national ranking steadily rise over the last few months and that’s sure to continue as he continues getting more eyeballs on him.

The Buckeyes have made its presence felt in Arizona over the last couple of cycles and Grayes will join Jack Miller, Lathan Ransom and Denzel Burke on the roster as players who’ve matriculated to Ohio State from the Valley of the Sun.

There are few positions on the Buckeyes roster in better shape than the receivers room put together by Brian Hartline and with Kyion Grayes and Caleb Burton committed already, Ohio State can, and will, be very diligent and patient from here to signing day at the position. Players like Georgia’s Kojo Antwi and California’s C.J. Williams are near the top of the list as potential additions right now, but the Buckeyes can afford to take their time if they desire before really trying to add another wideout.

Ohio State has more commitments in 2022 than any other program in the country (LSU has 10) and its per-player average according to the 247Sports.com composite rankings also is better than any other school at the moment.

The Buckeyes have raced out to a huge lead over Penn State and Michigan in the Big Ten as well with eight of their 11 verbals currently ranked inside the Top 130 of the national recruiting rankings.