Ohio State football recruiting can be a wild ride full of twists and turns as recruits from all over the country maneuver their way to signing day. Lettermen Row is here to help navigate the tumultuous roads by getting to the heart of the matter with the young football players and Ohio State coaches and staff members themselves. This week, we’re going to Arizona to give Buckeyes fans a better look at Kyion Grayes, who has an early offer from Brian Hartline.

More and more young high school football players are making early college decisions as a result of Covid-19 and the uncertainty that it has thrown into the recruiting process. Kids from all over the country are making commitments that are designed to be safety nets as much as they are cemented plans, and Kyion Grayes, a 3-star receiver from Arizona powerhouse Chandler High School isn’t afraid to say it.

“I know this is all very sudden and early in my recruitment process, but with everything going on with COVID-19, we don’t know what life will be like one to two years from now,” Grayes wrote when he committed to the Arizona Wildcats in the spring. “My family and I feel that it is in best interest to stay close to home, so as of now, I am committed to the University of Arizona.”

There is risk in committing as early as the 6-foot-1, 170-pound receiver did as well.

A number of the big-time programs which would normally recruit a highly-productive (48 catches, 883 yards as a sophomore) receiver at a nationally-ranked powerhouse program didn’t know if they should. The pandemic forced Grayes to miss a number of recruiting opportunities and national combines, and because of that, his national ranking — he’s just the No. 60-ranked wideout in the Class of 2022 — didn’t force eyeballs on him. He wasn’t getting the attention he probably could have if he’d waited to commit and if recruiting was operating as normal. 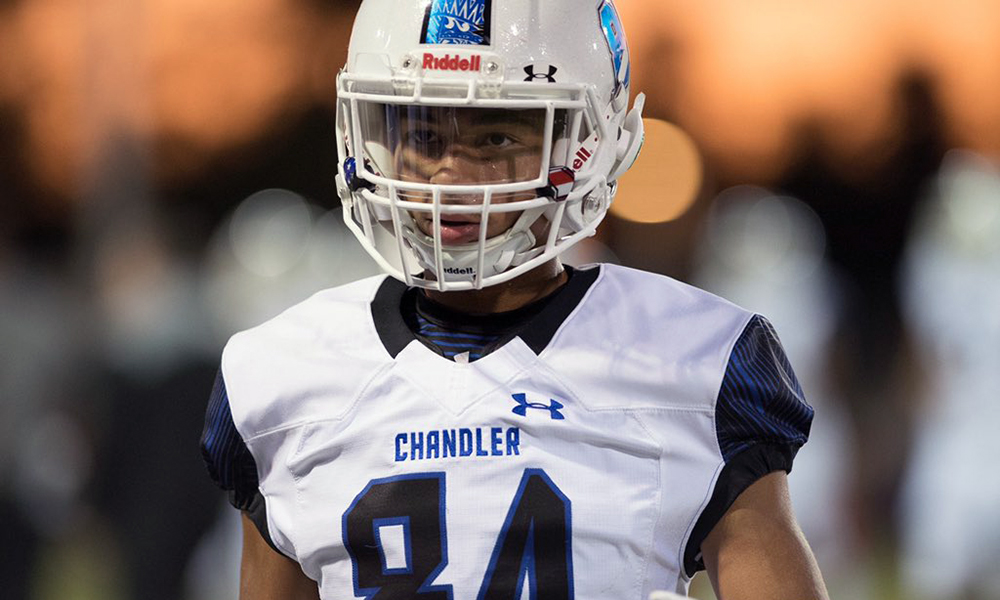 Ohio State receivers coach Brian Hartline kept his eyes on Grayes, though, and after periodically checking in on the Arizona standout throughout the spring and summer, the Buckeyes offered in mid-October. Ohio State has quickly become a major contender in his recruitment.

“[Hartline] said he doesn’t care about star rankings and doesn’t care about hype,” Grayes told Lettermen Row when the offer came in. “He thinks I’m am going to develop into a great player, and we talk about this all the time — he always tells me that and that the culture at the school would fit me perfectly. I can see it.”

What does the growing relationship with Ohio State mean for Kyion Grayes? How much is he hearing from the Buckeyes commitments? How has he dealt with the loss of in-person recruiting opportunities?

Find out the answers to those questions and more in the latest episode of Birminology from Lettermen Row.