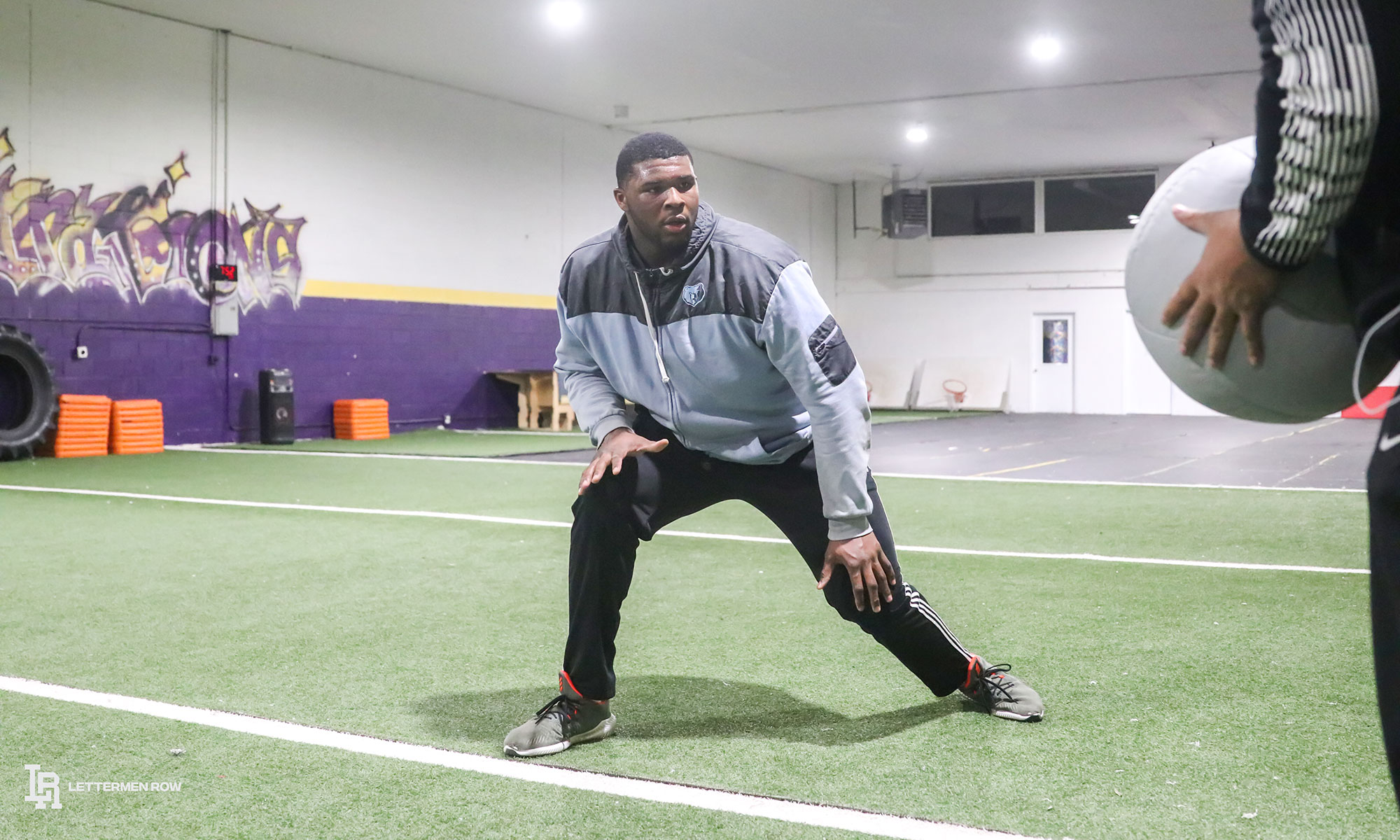 Kiyaunta Goodwin will make his college decision on April 17 but his recruitment is likely to stay very interesting in the months ahead. (Birm/Lettermen Row)

Have a question about Ohio State recruiting? This is the place for you, five days a week. Submit your questions on Twitter or on the Lettermen Row forums. Check-in daily to see what’s on the mind of Buckeyes fans all over the country. Today’s question asks who will be the next Ohio State commitment in 2022 and that doesn’t appear to be Kiyaunta Goodwin.

when’s the next commitment for the class of 2022?

First of all, these questions are never easy to answer. I’ll cheat a bit and give a safe bet on who the next Ohio State commitment won’t be: Kiyaunta Goodwin.

Unfortunately for the Buckeyes, Goodwin — as first reported by 247Sports.com ace Steve Wiltfong — is announcing his college decision on April 17. As we’ve said throughout the last few weeks of this recruitment, a pre-June decision would be bad news for Ohio State. That lines up with what Chris Vaughn, Goodwin’s trainer/guardian/mentor told us recently.

And those visits must happen for Goodwin to make a choice. The problem for Ohio State is that the 6-foot-8, 310-pound lineman isn’t sure he’ll wait until June.

“He got his hopes up a couple times before and been disappointed on it,” Vaughn said. “He doesn’t want to make any plans that can still get shot down.”

Instead, Goodwin is shooting down and shutting down the schools he’s not been able to visit. That’s understandable. Trust and comfort matter the most in his recruitment. The Buckeyes have done everything that they’ve been able to do this point. It’s just not been enough for what Goodwin needs.

The new timeline presents a fresh challenge for Ohio State to navigate.

How long will the Buckeyes continue to recruit a top target like Goodwin, committed elsewhere, while building real relationships with others? If the massive 6-foot-8, 310-pound lineman decides his commitment — presumably to Kentucky — is ironclad and 100-percent locked in moving forward, when is the goose officially cooked?

There’s no doubt that Ohio State, Alabama, Clemson and Michigan State are going to keep recruiting Kiyaunta Goodwin. Kentucky will do the same if he surprises everyone and picks one of his other finalists. This is college football recruiting in the year 2021. Goodwin hasn’t made a real college visit in the last 17 months, and there’s a lot of time left for minds to change. He can schedule visits for later this summer.

Let’s consider next Saturdays’ decision the midway point in a very big recruiting game for the Buckeyes. The second half will require a comeback effort.

The need for a big-time offensive tackle in the Class of 2022 is pressing, and that’s why Kiyaunta Goodwin is such an important prospect for Greg Studrawa and Ohio State. That won’t change no matter where he commits next week.