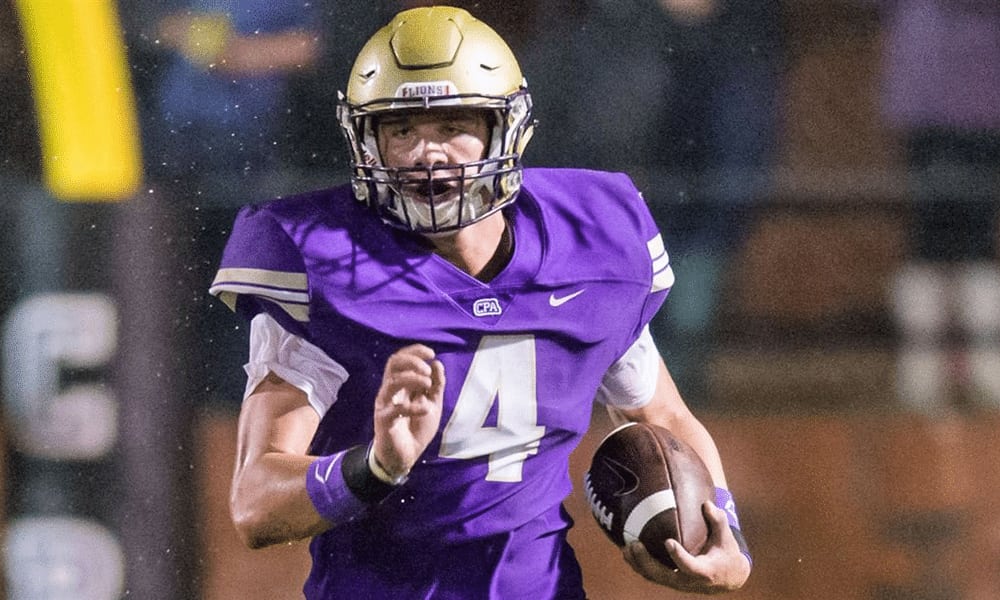 Fans have wondered if — or when — Ohio State would take its first substantial hit on the recruiting trail in light of the Urban Meyer scandal in Columbus.. That happened today as Nashville (Tenn.) CPA 4-star linebacker Kane Patterson has decided to re-open his recruitment, ending his commitment to the Buckeyes after just more than six weeks. The decommitment was first reported by Jason Martin of 104.5 The Zone in Nashville.

. @JMartZone just announced on CPA/Ensworth broadcast that Kane Patterson has de-committed from Ohio State and re-opened his recruitment.

Patterson’s decision was certainly not one that came easily, but he was clear when he chose Ohio State that Urban Meyer was the major reason for doing so.

“[Meyer] was really important to me,” he said. “No one did what Urban did, with him and I talking every day. The way he pursued me and my family, it just feels like there’s no other place like it. It’s home, and that’s who I should be playing for… I could talk to you all day about Urban Meyer and everything the Buckeyes do different that other programs don’t do.”

As uncertainty around Meyer’s future in Columbus has grown over the course of the last three weeks, Patterson had been radio silent until this announcement, ending any hope that the Buckeyes could come out of this current mess unscathed. Lettermen Row cautioned on Friday that this move could be coming.

Kane Patterson, the recent linebacker commitment from Nashville, appears uncertain and is probably the single biggest concern in Ohio State’s class. He was very clear when he committed to the Buckeyes that his relationship with Meyer was a major part in his decision. The hit to Meyer’s reputation may be something Patterson and his family are worried about.

Patterson was one of three projected linebackers in the Ohio State recruiting Class of 2019, which now becomes two — Cade Stover and Craig Young the remaining pair — and means that Bill Davis and the Buckeyes may have to get back to work to supplement the unit. Ohio State verbal Steele Chambers could also project at the position, though its been reported he’d prefer to begin his college career at running back.

Alabama, Clemson, Texas A&M, Tennessee and others were all in the mix for Patterson at the time of his commitment. That group is likely to provide his next destination.