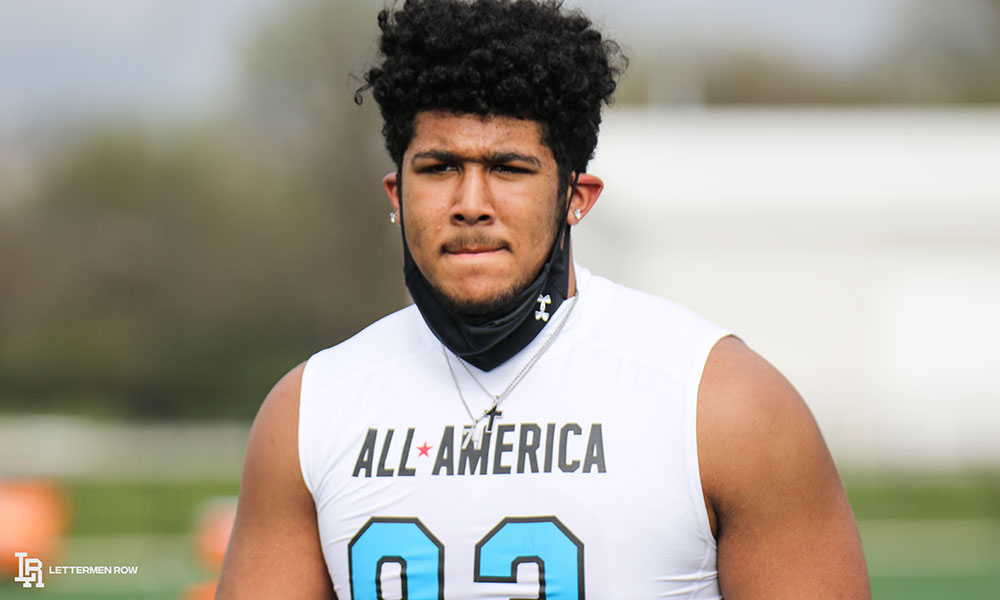 Kadyn Proctor has early offers from more than 20 schools, including Alabama and Ohio State. (Birm/Lettermen Row)

Ohio State football recruiting can be a wild ride full of twists and turns as recruits from all over the country maneuver their way to signing day. Lettermen Row is here to help navigate the tumultuous roads by getting to the heart of the matter with the young football players and Ohio State coaches and staff members themselves. Today we’re talking to Kadyn Proctor, one of the Midwest’s highest-ranked 2023 prospects and a major Ohio State target.

Kadyn Proctor may end up being the highest-ranked college football prospect to ever come from the state of Iowa. He’s not worried about that right now.

Instead, the 5-star offensive tackle is just focusing on being a kid. That’s the bizarre juxtaposition that the recruiting industry has created. These young, developing football players get turned into heroes in their hometowns and celebrities across the country well before most of them are ready for the responsibilities that come from the glitz and glamour.

That’s one of the things that makes the 6-foot-6, 315-pound Proctor unique. His freakish blend of athleticism and size has captured the attention of football coaches around America but he’s not focusing on anything other than himself. How can he get better, how can he develop more meaningful relationships — those are his primary concerns right now. 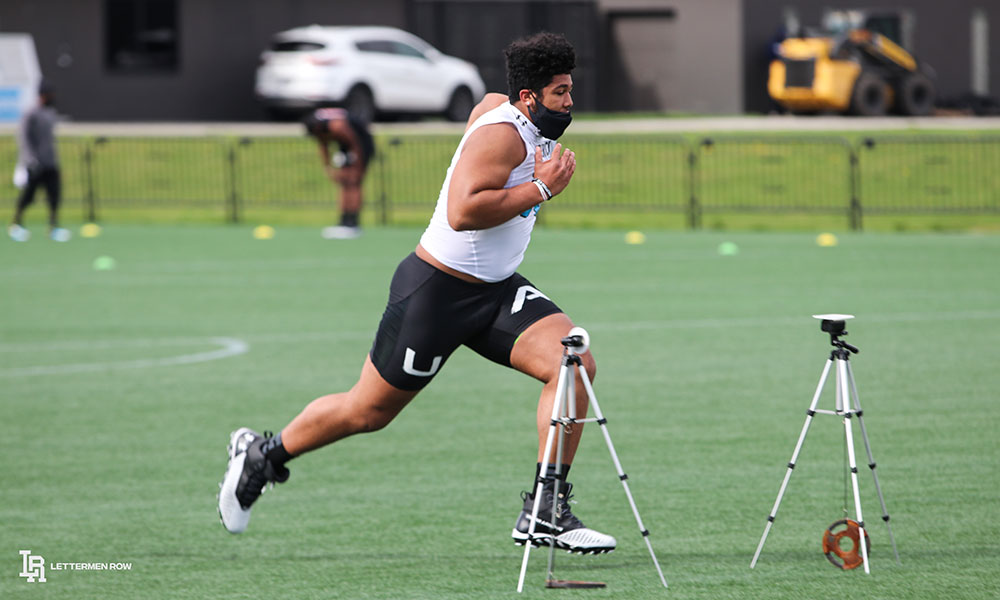 Kadyn Proctor is a big, fluid athlete who could be Iowa’s highest-ranked recruit — ever. (Birm/Lettermen Row)

But that will have to change at some point. His college decision is going to be a big deal and he knows that. The people in his home state make sure he does, trying to convince him that staying home and playing for the Hawkeyes, or the Cyclones, is all he needs to do. It’s not likely to be that easy for Kadyn Proctor. It rarely is for the truly elite football prospects. He’s going to have his pick of any school in the country so now he’s just in fact-finding mode.

What will matter the most in his recruitment? How has his teammate, Xavier Nwankpa, helped him understand the recruiting process? What is his relationship with Ohio State like right now? When does he want to cut down his offer list and narrow things down?

Get to know more about the priority Buckeyes prospect and his recruitment with the latest episode of Birminology from Lettermen Row.