Ohio State football recruiting can be a wild ride full of twists and turns as recruits from all over the country maneuver their way to signing day. Lettermen Row is here to help navigate the tumultuous roads by getting to the heart of the matter with the young football players and Ohio State coaches and staff members themselves. Today we’re talking with Huber Heights (Ohio) Wayne offensive lineman Josh Padilla, who earned a recent offer from the Buckeyes.

The country’s No. 6-ranked offensive guard capped off a brilliant wrestling season and immediately turned his attention to track and field. In the meantime, the 6-foot-4, 265-pound lineman added major scholarship offers from Ohio State and Notre Dame.

On Sunday, he put on a bow on the sudden recruiting rise with a dominant performance at the Under Armour Camp series stop in Columbus, where he was named MVP of the offensive line group.

For the Huber Heights Wayne standout, it’s all a bit of a surprise at this point. 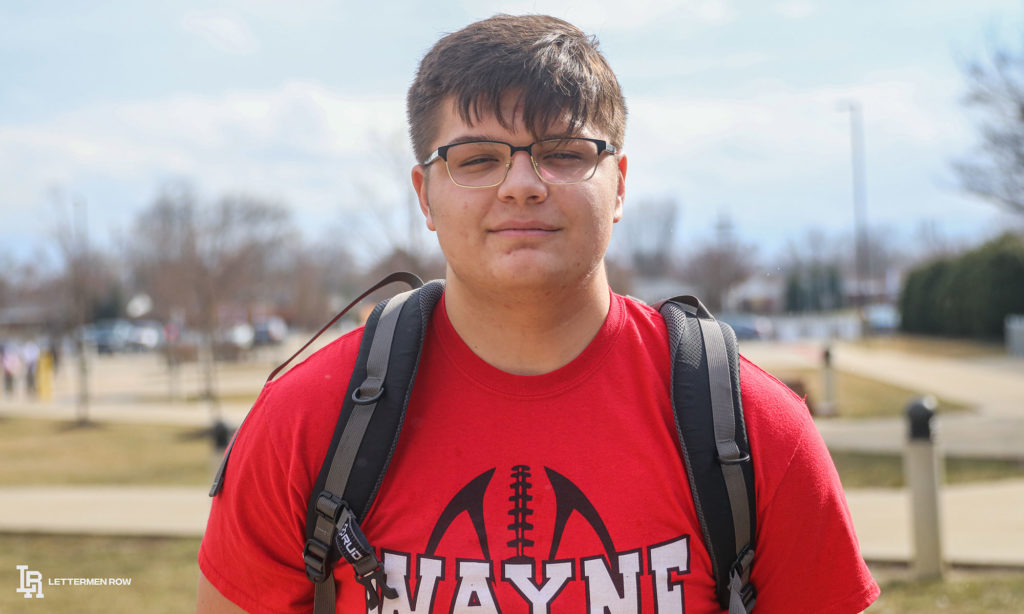 Josh Padilla is a state-champion level wrestler and a top-10 player at his position in football. (Birm/Lettermen Row)

But surprise or not, it’s now his life. Things change when Ohio State offers an in-state prospect. And Josh Padilla, an admitted Buckeyes fan, is trying to take things slow. He’s trying to be objective and make sure he doesn’t rush into any emotional decisions about his college future. Still, he knows it meant a lot to earn that offer so early.

“My family,” he told Lettermen Row at the time, “was super proud of that offer.”

Why did the Ohio State offer come so soon? Some have compared Padilla to former Buckeyes center and first-round pick Pat Elflein. The genesis of that comparison is Padilla’s acumen not just on the football field, but the wrestling mat.

“[Greg] Studrawa told me this offer should make me grind even harder,” Padilla said. “And work to achieve more goals now. [The Buckeyes] loved that I wrestle, too. I think that was a big factor in why I got offered now.”

How has wrestling helped prepare Josh Padilla for a future on the football field? How much conversation has he had with teammate Aamil Wagner about recruiting? H0w hard is it to hold back from an early commitment to a childhood favorite?

One of Ohio State’s four in-state 2023 offers joined Birminology to talk about those things and more with Lettermen Row.