Ohio State football recruiting can be a wild ride full of twists and turns as recruits from all over the country maneuver their way to signing day. Lettermen Row is here to help navigate the tumultuous roads by getting to the heart of the matter with the young football players and Ohio State coaches and staff members themselves. Today, former Clemson commit and new Buckeyes verbal Jordan Hancock breaks down a difficult decision to flip his commitment.

Jordan Hancock didn’t know he was going to flip his commitment from Clemson to Ohio State when he committed to the Tigers in March.

It wasn’t his plan, nor was it his hope, despite the fact that had envisioned himself in scarlet and gray will before the thought of committing to Clemson overtook him following a two-day visit to Clemson in late February.

But in recruiting, what a player feels one day isn’t always what he feels the next. The Buckeyes were the victims of that just under a month ago, when Ohio prospect Devonta Smith decided to decommit from Ohio State and flip to Alabama, concerned with the number of defensive backs that Ryan Day’s program was planning to sign in the top-ranked 2021 class. Maybe it was the continued pursuit of players like Jordan Hancock that ultimately led to that decision, but either way, it’s indicative of how things go on the recruiting trail. 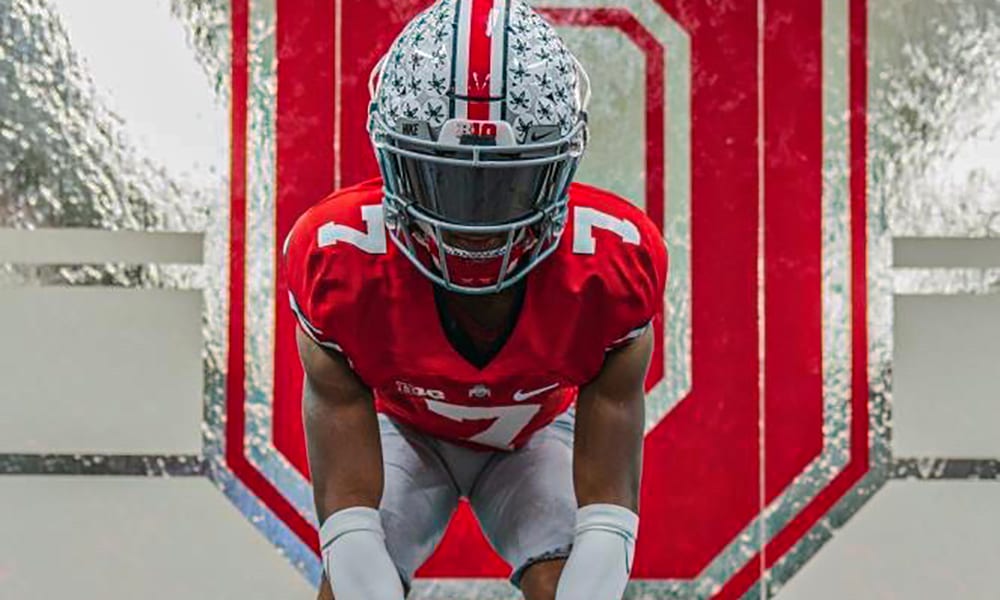 What never changed was how Jordan Hancock felt about Ohio State, or how strong his relationships with the Buckeyes coaches and commits were. What didn’t change was that Ryan Day, Kerry Coombs, Al Washington and the rest of the staff at Ohio State made sure Hancock knew he was not just a player they wanted in this recruiting class, but that he was — and had been — the top target at cornerback for the entirety of this cycle and that they’d keep him in that spot no matter what. The Buckeyes never stopped recruiting Hancock as a person and as a player and he never stopped being receptive to their message.

In an era where flipping a prospect from Clemson is almost unheard of, Ohio State flipped its top cornerback target by simply outworking the Tigers and by winning where it counted on the recruiting trail: in the relationship

How hard was the decision for Jordan Hancock? How long had he been battling the doubts about his commitment?? Does he still believe that he and teammate Barrett Carter are destined to be a “package deal” at the next level?

The Buckeyes latest 2021 commitment opens up on his difficult decision in the latest episode of  Birminology on Lettermen Row.

Al Washington, as real as it gets, will get tested in 2022 Ohio State class
Analyzing impact as Jordan Hancock commits to Ohio State