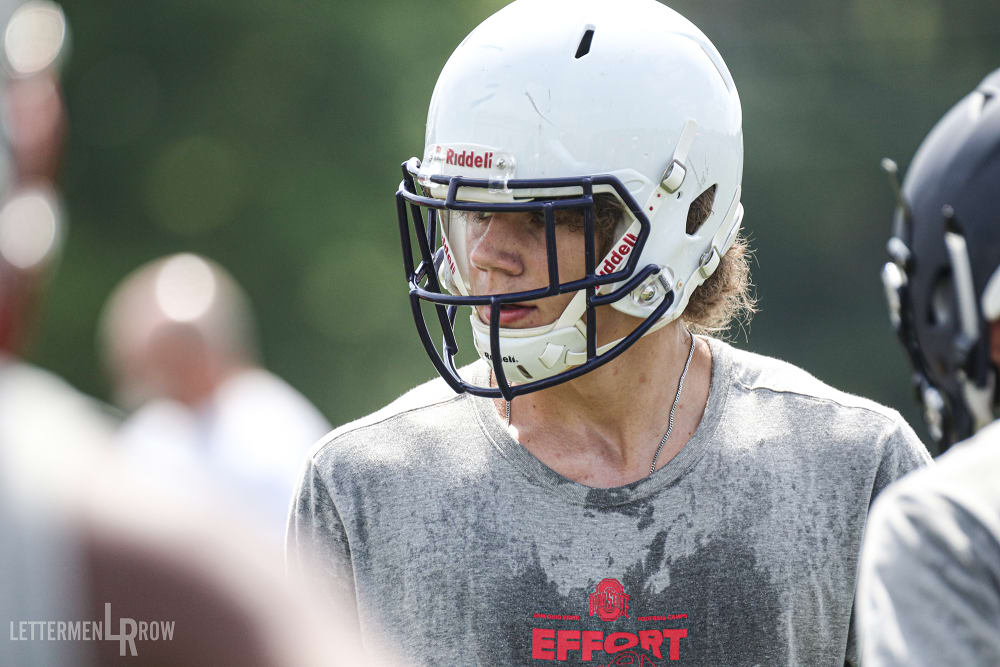 The 6-foot-5, 225-pound Royer, who made an official visit to Ohio State over the June 21 weekend, committed to the program on Tuesday, picking the in-state power over a final six schools that included LSU, Penn State, Michigan, Wisconsin and Arizona State.

“I am choosing Ohio State because the more I thought about it,” Royer told Lettermen Row about his choice. “I realized it was the best opportunity for me as a player and a person with academics and those things.

“I loved everything about (Ohio State), from the coaches, players, the tradition and everything that goes into being a Buckeye. The decision was a little tougher than I thought, but I believe this is home for me.”

Royer strolled into the first one-day camp with the Buckeyes in early June and impressed the coaching staff in Columbus with his size, speed, blocking ability and the way he caught the football — both in traffic and in the open field. That combination of physical tools, combined with his the elite competition and training he faces every day at Cincinnati Elder, pushed him into the upper tier of Ohio State’s 2020 targets. 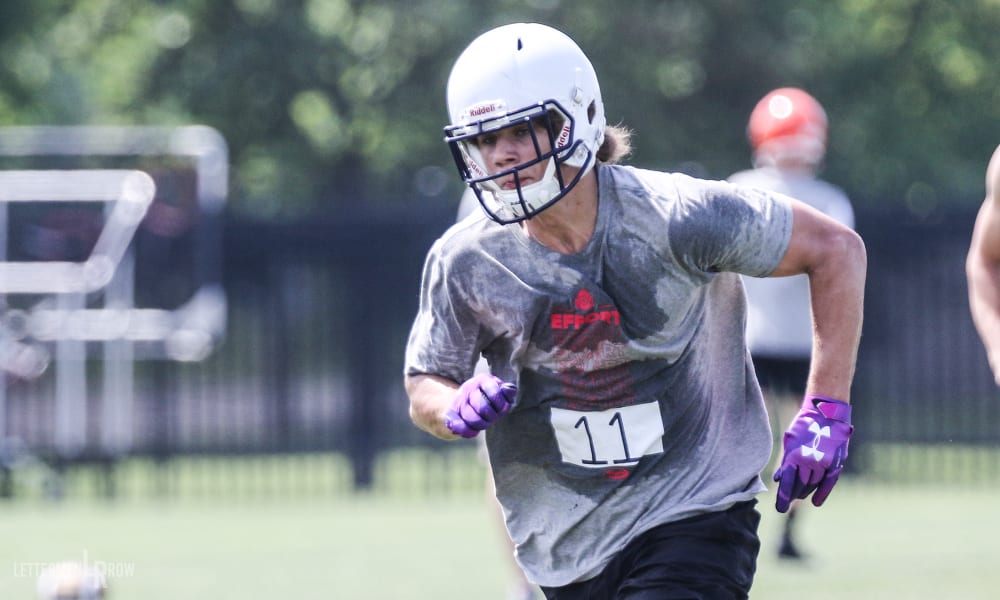 Joe Royer impressed the Buckeyes and earned his offer during a June 6, 2019 camp at Ohio State. (Birm/Lettermen Row)

Originally ranked around No. 50 in the state of Ohio, Royer recently received a major recruiting bump from the folks at 247Sports, who elevated him all the way up to the No. 2-ranked player in Ohio and the third-ranked tight end in the country. Though there was some concern that the Buckeyes may have waited too long to offer, Royer didn’t pass up his chance to suit up for Ohio State.

He told Lettermen Row in early May that despite family ties to Notre Dame, a scholarship opportunity from the Buckeyes would be a dream come true.

“It’s a childhood dream, playing football for Ohio State,” he said. “My grandpa played tight end and defensive end for Notre Dame back in the day, so I grew up a fan of Notre Dame as well. But I loved it at Ohio State.”

With the addition of Royer, the Buckeyes now have their first tight end committed in 2020. Now they will be in wait-and-see mode as to whether they can land either Cam Large or Jalin Conyers, a pair of prospects who were on campus for their official visits at the same time as Royer.

Ohio State now sits with 16 commitments in 2020, including seven from the state of Ohio. His announcement grows the Buckeyes lead as the top-ranked class in the Big Ten ahead of Michigan, which has 21 verbals in the fold.