Connect with us
Rockwall (Texas) 4-star receiver Jaxon Smith-Njigba continues to work at becoming the best receiver in the country. (Birm/Lettermen Row)

Ohio State football recruiting can be a wild ride full of twists and turns as recruits from all over the country maneuver their way to signing day. Lettermen Row is here to help you navigate the tumultuous roads by getting to the heart of the matter with the young football players themselves. Birminology shows who the young men being recruited by Ohio State truly are — by talking to them. Today’s guest: Ohio State 2020 commitment Jaxon Smith-Njigba.

He may not want to say it too loudly, because being boastful isn’t in Jaxon Smith-Njigba’s way. But he’ll work tirelessly to prove it. He’s another grind-it-out-type of receiver akin to fellow verbal Gee Scott, a player who sees what Ohio State put on the football field at receiver in 2018 and wanted to be a part of it so badly that he also committed to the Buckeyes after just one fall visit and hasn’t looked back even for a second. 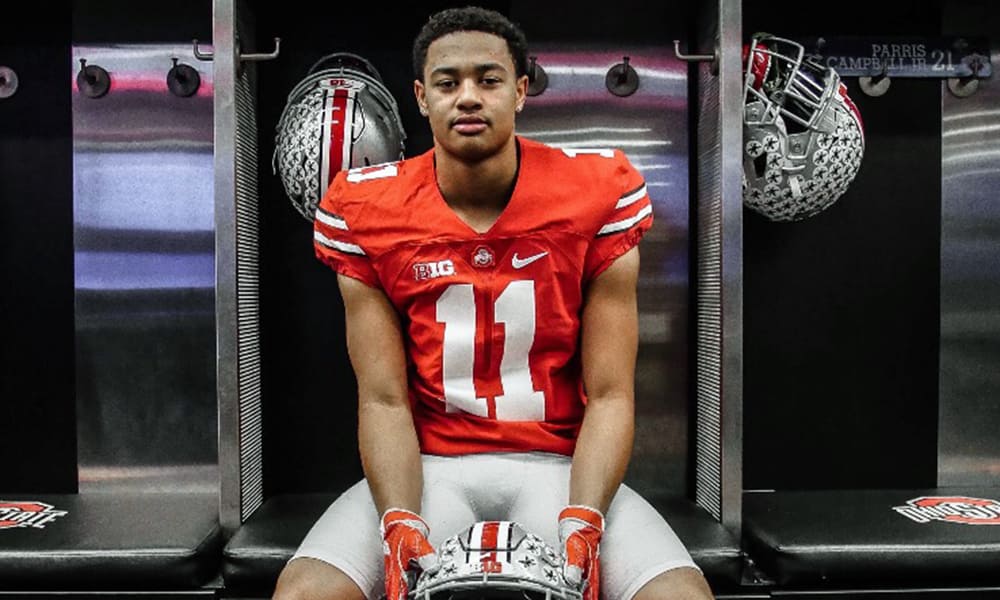 “It’s just the weekend I had,” he said. “And how they’ve been recruiting me. They’ve been coming at me hard since they offered, more than anyone else, and it just felt like ‘when you know, you know.’

A rising star in one of the country’s most-talent rich states, the 6-foot-1, 190-pound Smith-Njigba sees a future in Columbus that’s been laid out due to the work of players like Johnnie Dixon, Terry McLaurin and Parris Campbell, players who lead not with their mouths but by their actions. That’s the new breed of Buckeyes receiver and why Brian Hartline and Ohio State wasted no time with the talented target while an in-state school like Texas opted to wait him out.

In the class of 2019, the Buckeyes signed another Texas standout at receiver, 5-star prospect Garrett Wilson, and Smith-Njigba sees how he can keep that pipeline to Columbus open.

“Ohio State is the place to be and if you know, there’s no reason to wait. Garrett played a big role in recruiting me, as well,” he said. “I loved Columbus. The city itself reminds me a lot of home, the Dallas Fort-Worth area. I loved everything about being at Ohio State.”

This week, Smith-Njigba joined Lettermen Row’s Birminology and talked about that new breed of Buckeyes receiver, his connection with the Ohio State coaching staff and his next trip to his future home.