Jantzen Dunn had known he wanted to end up at Ohio State for months. (Birm/Lettermen Row)

Ohio State football recruiting can be a wild ride full of twists and turns as recruits from all over the country maneuver their way to signing day. Lettermen Row is here to help navigate the tumultuous roads by getting to the heart of the matter with the young football players themselves. Birminology shows who the young men being recruited by Ohio State truly are — by talking to them. Today’s guest is recent Buckeyes 2021 commitment Jantzen Dunn.

There’s no reason to talk about what happened between Jantzen Dunn and Oklahoma. That moment, a blip on the radar of his recruitment, doesn’t really matter anymore.

So there’s no point in talking about it.

What matters to Dunn, a 6-foot-2, 180-pound defensive back prospect from Bowling Green (Ky.) South Warren High School, is that his recruitment ended where it really, truly began: Ohio State was where he wanted to be. That’s why he committed last weekend but it doesn’t tell the story of why the Buckeyes were the program he believed was best for him.

He felt something different in Columbus, a feeling that a lot of kids are feeling lately and it’s a feeling that captured, and kept his attention, from the first time he stepped on campus at Ohio State last November. He made two visits, one that was amazing and another, surreal — so it wasn’t a surprise that he picked the Buckeyes ahead of a top schools list that included Miami, Louisville, Oregon and of course, Oklahoma. 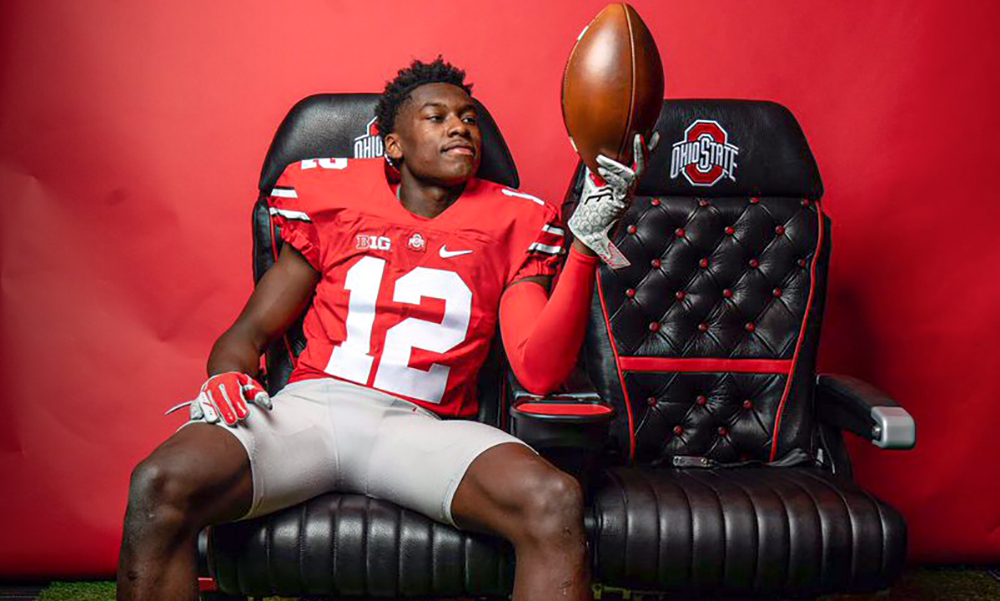 Jantzen Dunn visited Ohio State twice, including a trip in early March that led to a scholarship offer. (Jantzen Dunn/Courtesy)

But when the Ohio State offer came, it was a different thing for country’s No. 15-ranked athlete.

“It was definitely a surreal moment,” Mitchell Dunn said, Jantzen’s father told Lettermen Row last month. “Jantzen has received some great offers and is extremely appreciative [of them], but he still couldn’t contain his excitement once Coach Day offered.

What was it about Ohio State that made the difference? What impact did Kerry Coombs have, who worked alongside assistant secondary coach Matt Barnes to recruit the No. 3-ranked player in Kentucky? Why did he commit now amidst the uncertainty of the coronavirus pandemic?

Dunn talked about his commitment to the Buckeyes and in the next installment of Birminology on Lettermen Row.

Jantzen Dunn on his commitment to Ohio State, why Buckeyes were right fit for him
Watch this video on YouTube.
Continue Reading
Related Topics:Featured, jantzen dunn