Ohio State has made Wisconsin defensive back Hunter Wohler a major priority since a camp in Columbus. (Birm/Lettermen Row)

Ohio State football recruiting can be a wild ride full of twists and turns as recruits from all over the country maneuver their way to signing day. Lettermen Row is here to help navigate the tumultuous roads by getting to the heart of the matter with the young football players themselves. Birminology shows who the young men being recruited by Ohio State truly are — by talking to them. Today’s guest is Ohio State 2020 commitment Hunter Wohler, who has quickly become a top target in the Class of 2021 for the Buckeyes.

When Ohio State was allowed to reach out to 2021 prospects in early September, one of the first calls made by the coaching staff was to Muskego (Wisc.) 4-star defensive back Hunter Wohler.

The state of Wisconsin’s second-ranked junior player, Wohler didn’t take long to show Ryan Day and Greg Mattison that the interest was mutual. Mattison has taken the lead as his primary Ohio State recruiter, and the 6-foot-1, 190-pound safety prospect visited Ohio State just about three weeks later — leaving his first game-day visit to Columbus raving about the Buckeyes and what he saw happening inside of Ryan Day’s program. 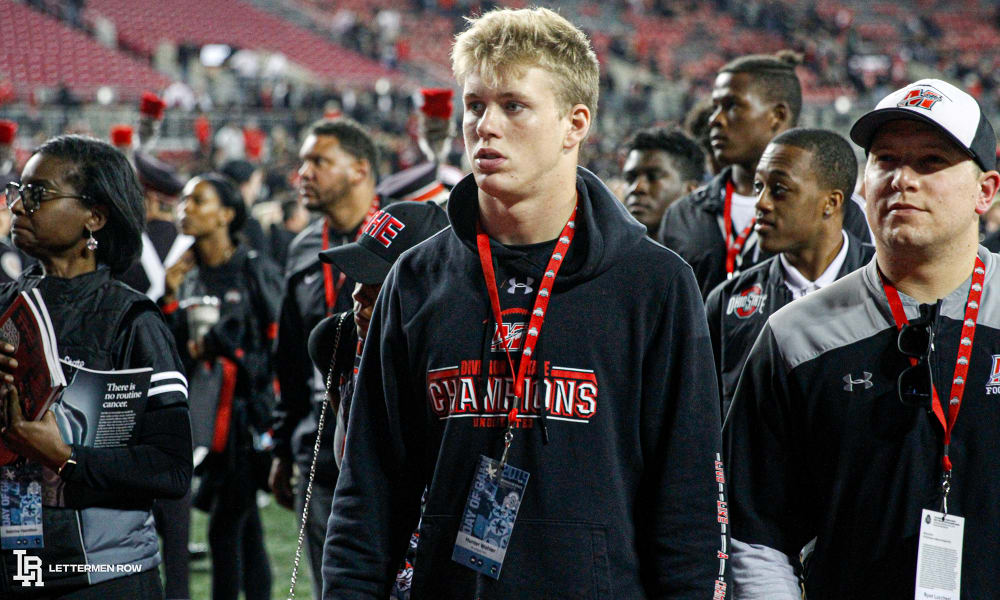 Hunter Wohler during his only game-day visit to Ohio State. (Birm/Lettermen Row)

“It was good to get out for a game and see the action in person — it actually exceeded my expectations,” Wohler told Lettermen Row in October about his visit. “I didn’t really know what to expect regarding the atmosphere and the hype all around, but it was wild. The town was buzzing, and it was just a fun place to be.”

The Buckeyes are hoping that Wohler wants to get back to Columbus for another visit soon, and also that he might want to stick around for the foreseeable future. The problem? The home-state Wisconsin Badgers were the first team to offer Wohler and have made him a priority for even longer than Ohio State has.

How has being recruited by Ohio State, Notre Dame and other programs changed life for Hunter Wohler? What would it take for him to leave Wisconsin? When does he want to make his college decision? Find out the answers to those things and more in this week’s edition of Birminology on Lettermen Row.

(Please note: This interview was recorded prior to the announcement that Ohio State co-defensive coordinator Jeff Hafley was taking a job as the coach at Boston College.)