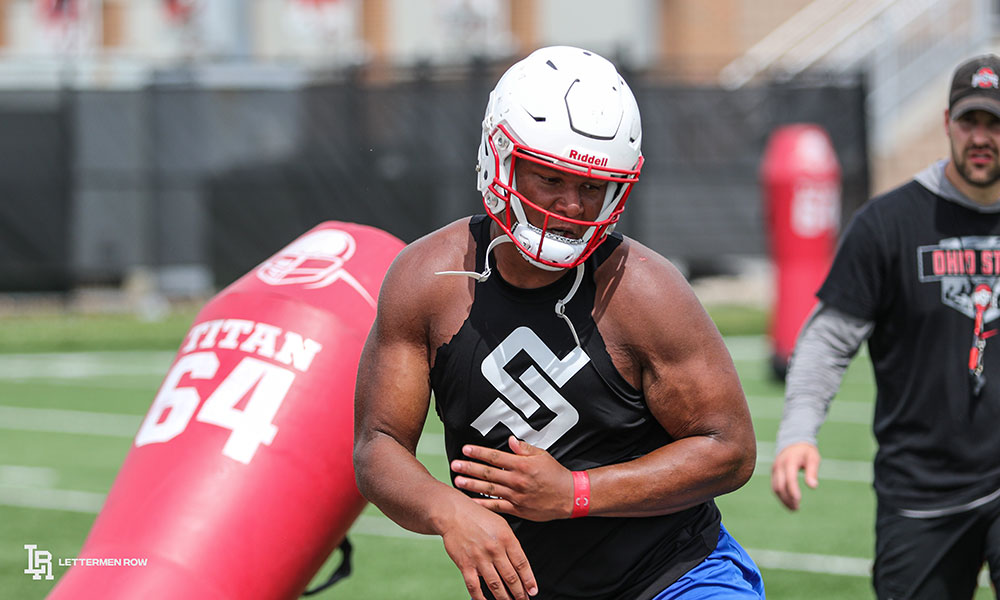 Hero Kanu was the most impressive defensive lineman at Ohio State's Tuesday camp and he's coming back Wednesday to do it again. (Birm/Lettermen Row)

COLUMBUS — Hero Kanu had heard about Larry Johnson before visiting Ohio State. Just a little bit of research to make sure he knew what to expect.

By the end of a high-intensity, extremely efficient Tuesday camp, the country’s No. 21-ranked defensive lineman knew there was something unique about the Buckeyes defensive line coach.

Kanu liked it so much that he’s decided, along with his European travel group, to stay in town. He wants another day of working with Johnson.

The 6-foot-5, 285-pound lineman came into Ohio State with a lot of hype. As the top group of defensive linemen worked out for the Buckeyes, what stood out was Kanu’s role as the hype man. Every single player that ran through a repetition, it was Kanu as the loudest voice, cheering them on. It was Kanu who was first in every drill, leading the other camps in and out of breaks and, generally speaking, looking like a kid that had the ability to be a difference maker. He’s not played football long, but it was clear that Hero Kanu loves it. 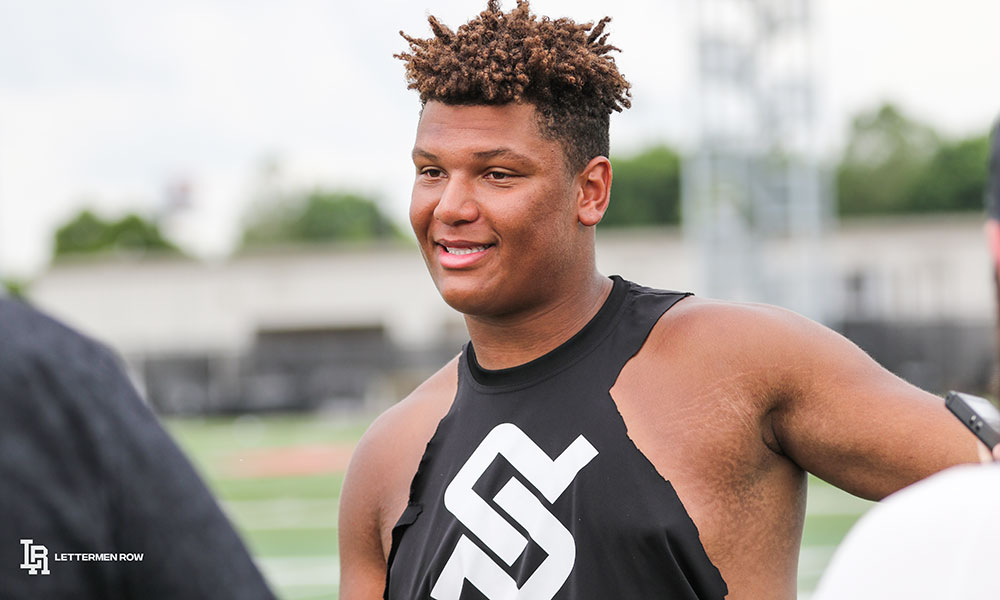 Hero Kanu was all smiles and support during his Ohio State one-day camp visit. (Birm/Lettermen Row)

“That’s the why, it’s about support,” he said of his cheerleading. “I’ve always received support from Brandon Collier. He was always cheering me on when I did something great, or even when I didn’t. I think it’s great motivation for us all to hear people clapping and yelling ‘Come on! Finish! Finish! You’ve got this!’ We’re at these big camps where thousands of people are and every bit of support helps.”

And every chance to work with Larry Johnson helps. Kanu has been in America for a while, spending his sophomore season at Rancho Santa Margarita (Calif.) Catholic, so he’s played some American football. But, he’s not done it long, coming to the US from Germany where he once thought he’d be a soccer player. He’s trying to be a football sponge and there’s no doubt that Johnson is worth soaking up.

“It’s just the way Coach Larry Johnson coaches,” he said. “That was more than I expected. I feel really comfortable here.”

There’s a long way until a planned January decision date for Hero Kanu but a second day in Columbus is telling. It’s important to him to know, and trust, how he’ll be coached moving forward. After camping at Clemson, Georgia and Alabama already this month, staying in town for day two speaks volumes.

“I’ve worked out at every single camp,” Kanu said. “I’m considering the way I am being coached. Everything is about the relationship I have with the coach. The development, the culture. The stability.”

Larry Johnson and Ohio State have proven to Hero Kanu they have all those things.