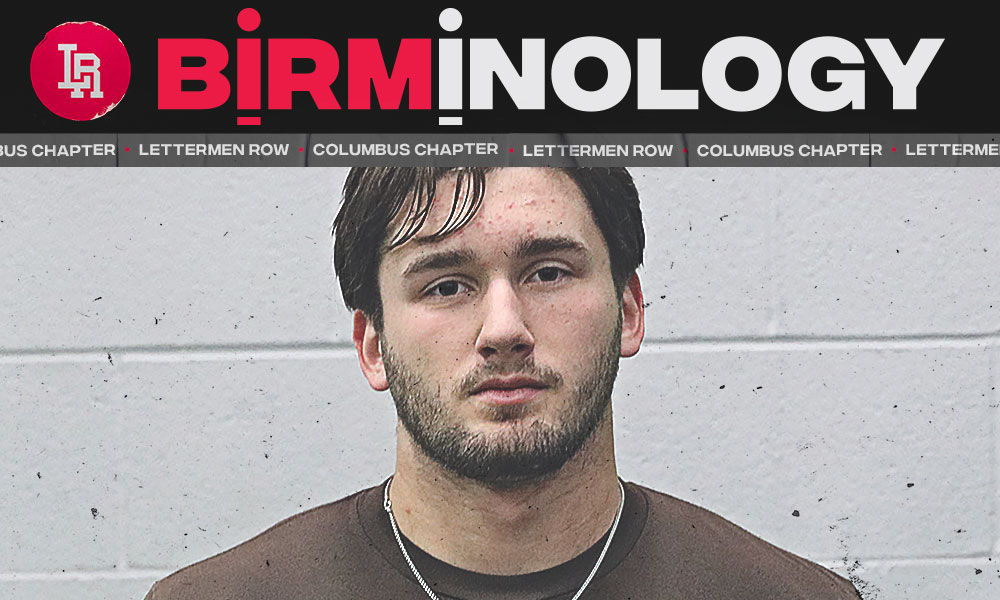 Ohio State football recruiting can be a wild ride full of twists and turns as recruits from all over the country maneuver their way to signing day. Lettermen Row is here to help navigate the tumultuous roads by getting to the heart of the matter with the young football players and Ohio State coaches and staff members themselves. Today’s guest is Gabe Powers, Ohio’s top-ranked 2022 prospect.

A year ago, Lettermen Row visited Powers at Marysville High School and the talented linebacker prospect was — if we’re being honest — pretty skinny for an All-American football player — and he knew it. Then 6-foot-4 and about 210-pounds, Powers has worked relentlessly in the last year to change his body. Now up to almost 240 pounds, he looks — and acts — likes a much more confident, imposing future Ohio State linebacker.

And his parent’s grocery bills are the first to take the hit from the new, improved Powers. 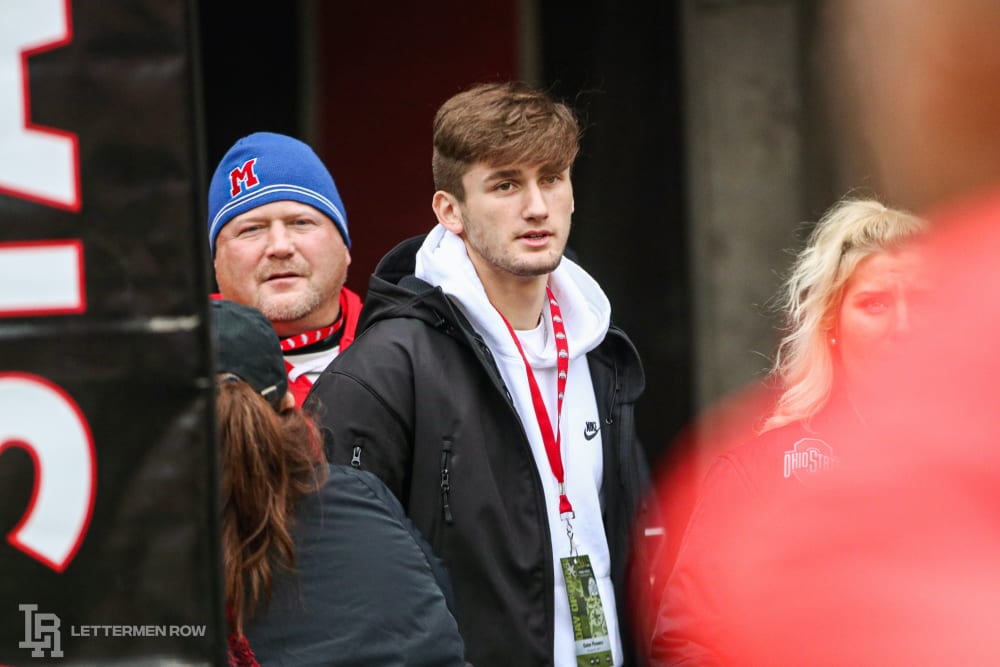 Gabe Powers has put on a lot of very good weight since the last time he was at Ohio State for a football game. (Birm/Lettermen Row)

Eating almost 8,000 calories a day and working out every day, some days on speed, some days on strength, it’s clear that Powers has taken his opportunities to heart and isn’t going to let himself be overlooked by his future coaches, even if his low-key demeanor on social media sometimes keeps him as a forgotten leader of the Buckeyes 2022 recruiting class.

What else is new with Gabe Powers as he prepares for his senior year at Marysville? Why wouldn’t he entertain the notion of transferring to powerhouse IMG? Does he hear the talk about a potential position change in the future? The future Ohio State athlete joined Birminology to discuss his offseason work, his recruiting efforts and more.

Continue Reading
You may also like...
Related Topics:Featured, gabe powers