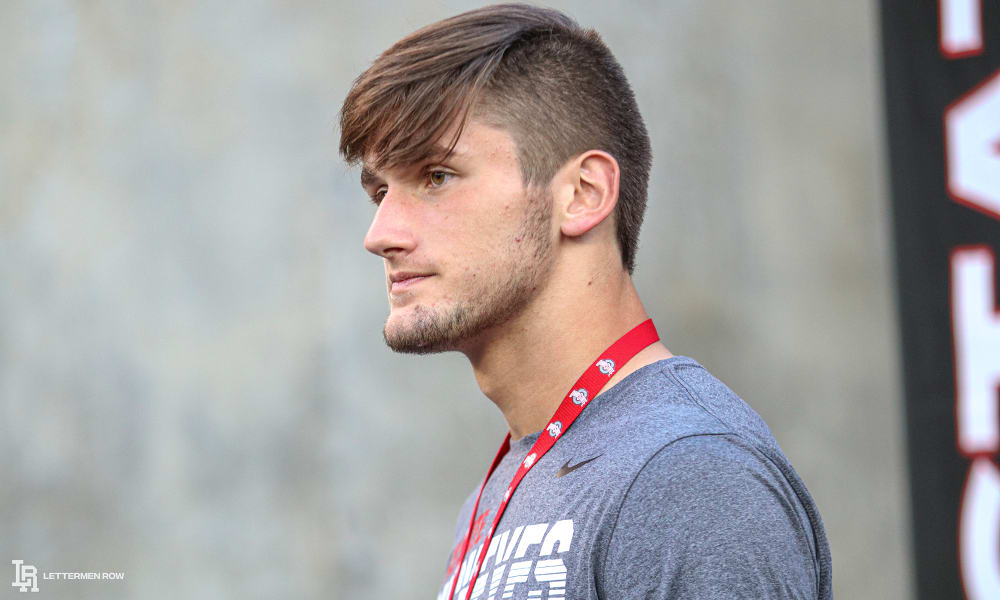 COLUMBUS — Ohio State continues its efforts to lock down its home state on the recruiting trail and has secured its top-ranked prospect: Gabe Powers has committed to the Buckeyes.

A Marysville standout, Powers was offered by Ohio State in November and saw his recruitment take off after a big sophomore campaign for the Monarchs. He didn’t expect the opportunity to come when it did, but for a young player who grew up rooting for the Buckeyes, it was something special.

“It was [Buckeyes linebackers coach Al] Washington who offered me,” he said at the time. “I wasn’t expecting it. I am still feeling very blessed to receive these great offers at such an early age.”

The offer coming when it did led many to believe that Powers would quickly commit to Ohio State, but that wasn’t the case. Powers intended fully to make a number of visits around the country. But as the ongoing NCAA recruiting dead periods continued, the ability to be patient wore thin.

And now he’s committed to Ohio State, where most believed he’d commit to all along.

Lettermen Row is analyzing the decision by Gabe Powers, what his commitment means to Ohio State, the Big Ten and the national recruiting scene for the Class of 2022.

Powers is a big, lean 6-foot-4, 220-pound linebacker with the speed to play safety and the frame and potential to play with his hands in the dirt at the next level.

That versatility is what makes him such a unique prospect and a must-get for the Buckeyes in the Class of 2022. Powers likes to bring violence to the field, and he plays aggressive and fast from his outside linebacker spot for Marysville. Ohio State sees Powers as a player with the potential to play in the mold of Pete Werner right now. But the question from here: With two years of high school football ahead of him, will he outgrow that spot?

His preference is to line up at linebacker, though, and that’s where he fits in the current Buckeyes recruiting class right now. How that translates down the road will be a matter of development and growth in the next two years.

Ohio State is rolling inside of the Buckeye State’s borders.

With Gabe Powers now in the fold, four of the state’s top five 2022 prospects are committed to Ryan Day’s program, setting the tone for another big-time recruiting haul that is centered around local talent. The state’s top-ranked player, Gabe Powers is now the second linebacker committed in 2022, meaning that Al Washington’s linebacker group is probably half full with a number of major talents who could round it out, including Shawn Murphy, Jalon Walker, Justin Medlock and Dasan McCullough, among others.

The Buckeyes will lose seven current linebackers before the start of the 2022 season and it’s imperative for Washington and Ohio State to replace them with a number of future stars.

Powers is commitment No. 4 in 2022 for Ohio State, and each player is from Ohio. He joins fellow linebacker C.J. Hicks, offensive lineman Tegra Tshabola and defensive back J’yaire Brown on the Buckeyes commitments list.

Ohio State has been sitting at No. 2 in the 2022 national rankings behind LSU, and the addition of Powers further cements that spot. But it does edge the Buckeyes slightly ahead of the Tigers in terms of the class’s per player ranking. The country’s No. 45-ranked prospect, Powers is the second-ranked outside linebacker according to the 247Sports.com composite rankings.

He’s Ohio State’s highest-ranked commitment to this point in the Class of 2022.