Ohio State football recruiting can be a wild ride full of twists and turns as recruits from all over the country maneuver their way to signing day. Lettermen Row is here to help navigate the tumultuous roads by getting to the heart of the matter with the young football players themselves. Birminology shows who the young men being recruited by Ohio State truly are — by talking to them. Today’s guest is Ohio State 2021 running back offer Evan Pryor, who spent the weekend visiting the Buckeyes as they played host to Penn State.

Ohio State hosted a number of big-time visitors over the Penn State game weekend, and one of the most important, highest-ranked targets to make his way to campus was Cornelius (N.C.) William Amos Hough 2021 running back Evan Pryor.

The country’s fifth-ranked junior tailback, Pryor made the drive to Columbus early Saturday morning. The touted prospect arrived about a half-hour before kickoff between the Buckeyes and the Nittany Lions, two schools who have been a major part of his recruitment early in the process. 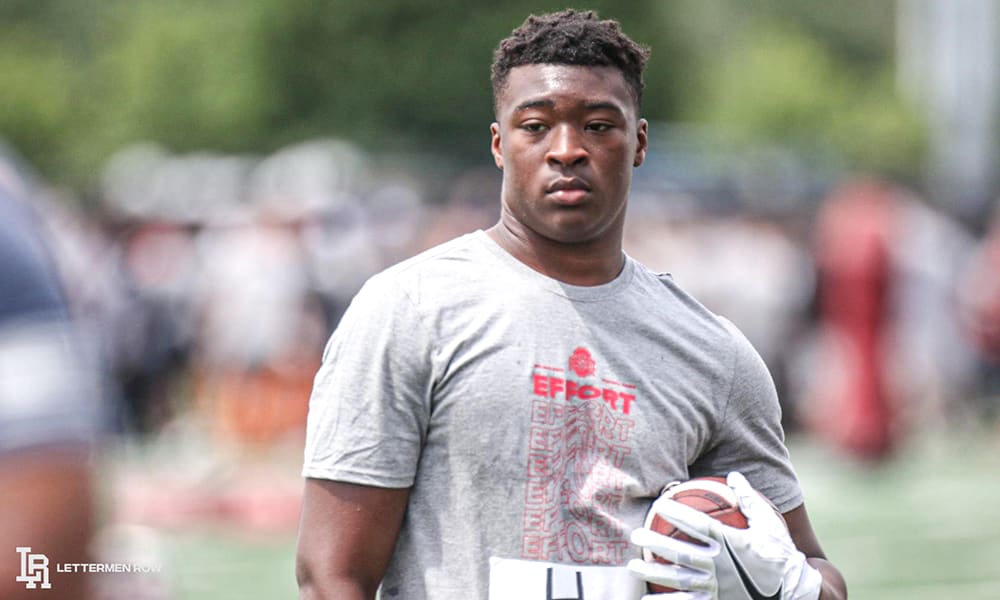 Georgia, Clemson and a host of the country’s biggest and best programs have been vying for Pryor’s commitment following a junior season that saw him rush for almost 7 yards a carry and nearly 1,200 yards.

Following his second trip to Ohio State, Pryor sat and talked to Lettermen Row about his recruitment.

Where do the Buckeyes stand with Evan Pryor? How could his relationship with another Ohio State target impact the recruitment of both players? How much concern is there about a potential position-coach change at the schools he’s interested in? Find out the answers to those things and more in this week’s edition of Birminology on Lettermen Row.

Continue Reading
You may also like...
Related Topics:Featured, birminology, evan pryor, will shipley