Connect with us
Derrick Davis is being recruited as a safety by Ohio State. (Birm/Lettermen Row)

Ohio State football recruiting can be a wild ride full of twists and turns as recruits from all over the country maneuver their way to signing day. Lettermen Row is here to help navigate the tumultuous roads by getting to the heart of the matter with the young football players and Ohio State coaches and staff members themselves. This week we’re joined by Derrick Davis, a long-time priority target for the Buckeyes in the Class of 2021.

When Derrick Davis stepped onto the Ohio State campus in June of 2018 for a one-day recruiting camp with the Buckeyes, he left with a pretty good understanding of where he stood in the minds of Urban Meyer’s coaching staff.

Meyer and assistant coaches Alex Grinch and Billy Davis, along with Director of Player Personnel Mark Pantoni, had made it clear to the country’s No. 2-ranked safety that he’d be a priority for Ohio State despite playing just one year of high school football.

Less than six months later, Meyer, Grinch and Davis were all moving on from the Buckeyes and Davis was left wondering if Ryan Day’s staff would value him in the same way. 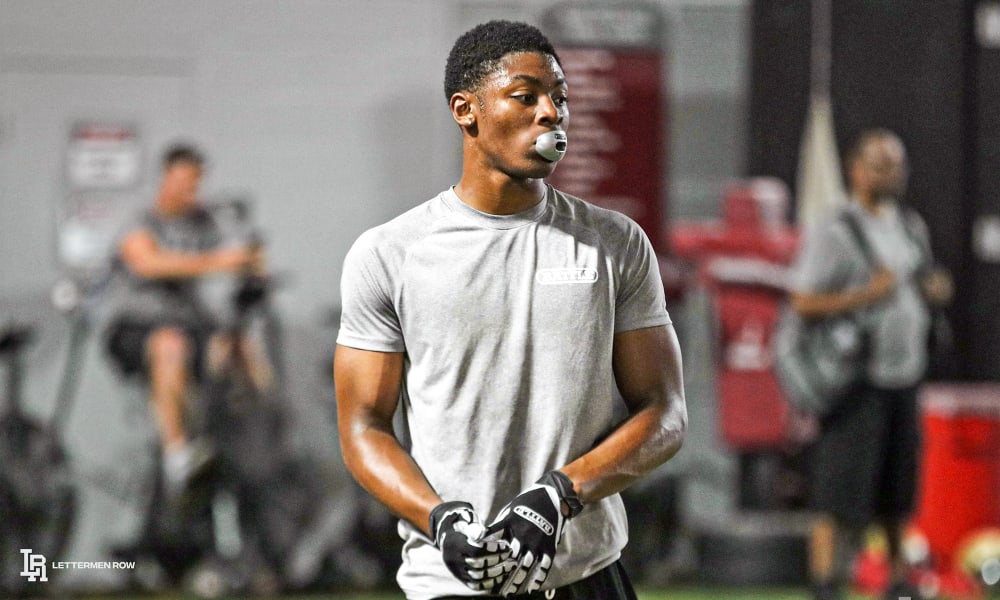 Derrick Davis has been a top Buckeyes target since his freshman year of high school. (Birm/Lettermen Row)

That worry was quickly put to rest as Day and defensive assistant Matt Barnes made sure to prioritize the 6-foot-2, 190-pound defensive back as Meyer had. That effort never waned throughout last season and only intensified when Kerry Coombs arrived back in Columbus this past January. Davis, who is deciding between Ohio State, Penn State, Georgia, Clemson and more than 20 other programs, was the first recruit Coombs met on campus following his return, an action that Davis says solidified his belief that he was not just another player on the Buckeyes recruiting board.

How is Derrick Davis handling his recruitment now? Would he have been committed somewhere by now if the Covid-19 pandemic hadn’t occurred? What are the real priorities in his recruitment? Davis joins Birminology to talk about those things and more as he works toward a college decision.

Continue Reading
You may also like...
Related Topics:Featured, derrick davis