Connect with us
Denzel Burke has not visited Ohio State yet, but he is solidly committed to the Buckeyes. (Denzel Burke/Twitter)

Ohio State football recruiting can be a wild ride full of twists and turns as recruits from all over the country maneuver their way to signing day. Lettermen Row is here to help navigate the tumultuous roads by getting to the heart of the matter with the young football players and Ohio State coaches and staff members themselves. Today, Buckeyes 2021 defensive back commitment Denzel Burke joins the program.

The Buckeyes made big waves in the recruiting world this spring when 5-star running back TreVeyon Henderson committed to the Ohio State football program without yet making a visit to the school’s campus.

Scottsdale (Ariz.) Saguaro 4-star athlete Denzel Burke did the same thing two months later to decidedly less fanfare, but that doesn’t bother the soft-spoken prospect from the Southwest. He’s stayed pretty mum about his recruitment since announcing his decision and has turned his full attention to getting himself ready for life with the Buckeyes.

That’s important for the 6-foot, 190-pound, two-way player — far more than the hoopla that surrounds recruiting and social media. Burke has never focused on playing defensive back, and since that’s where he’ll line up for Ohio State, his free time is all about that pursuit. 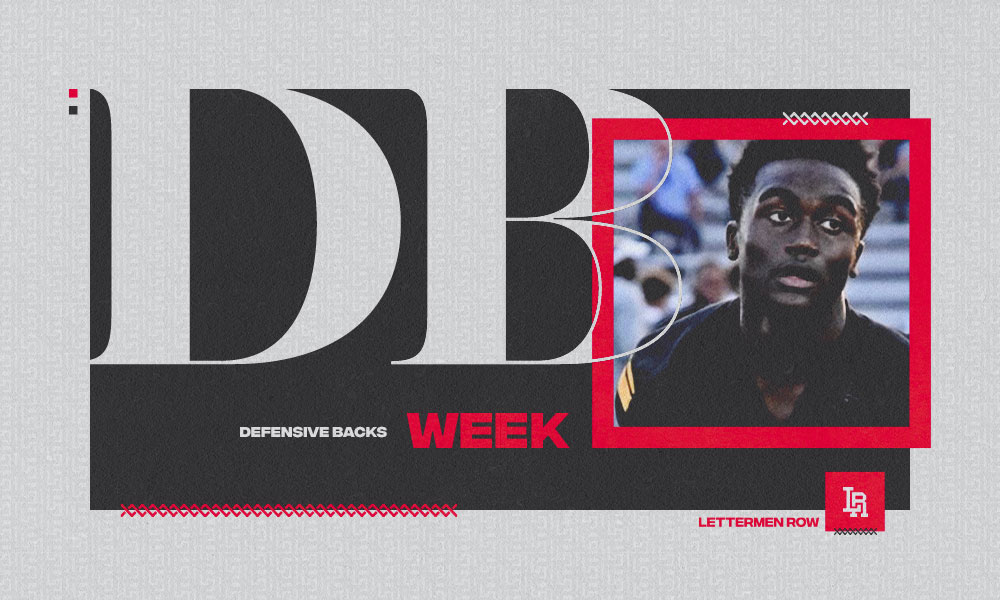 That challenge is why Burke picked Ohio State ahead of schools like Oregon, Washington, Oklahoma and others despite never stepping foot in the state of Ohio to this point.

“I want to be challenged to reach another level,” he said when he committed. “I know Ohio State will develop me into a great defensive back.”

When will Denzel Burke and his family get to Ohio for the first time? Which former Buckeyes defensive backs does he watch as he prepares for his journey into the secondary? What does he think about the possible additon of another cornerback in the Class of 2021?