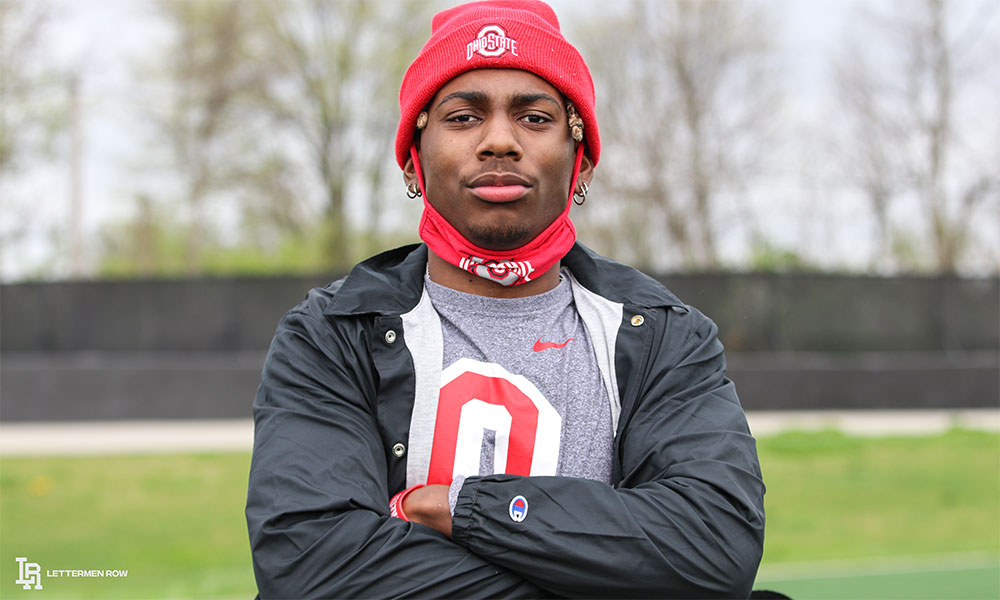 Have a question about Ohio State recruiting? This is the place for you, five days a week. Submit your questions on Twitter or on the Lettermen Row forums. Check-in daily to see what’s on the mind of Buckeyes fans all over the country. Today’s question is about Dasan McCullough and the rumors swirling in his recruitment.

There’s no specific tweet about it, but a number of folks have been asking: What’s going on with Dasan McCullough?

Let’s just get this out of the way, because it’s going to sting a bit. There is likely some bad news coming for Ohio State.

That was not the case as of two weeks ago, or even a week ago. But, in the world of college football recruiting, things change quickly. We at Lettermen Row often discuss the battle for recruits between their heads and their hearts and it appears that right now there’s a full-scale war being waged inside McCullough.

The country’s No. 6-ranked athlete, a linebacker prospect for Ohio State, moved with his family from Kansas to Bloomington, Indiana a little under two months ago. His father, Deland, was the running backs coach for the Kansas City Chiefs, and took a job as the associate head coach and running backs coach at Indiana. Dasan McCullough didn’t flip his commitment then and was not expected to. Heck, he joked about looking forward to “beating his dad” at Indiana. That happened even as people in the recruiting world knew that Daeh McCullough, Dasan’s younger brother and a talented 2023 defensive back, was going to commit to Indiana.

That decision from Daeh happened last week and it was then that things began to start feeling a little different with Dasan. The full-fledged push into completely different came on Saturday when Deland McCullough II, Dasan’s older brother, announced he was transferring from Miami (Ohio) to Indiana. Shortly after that, Dasan removed all signs of his affiliation to Ohio State from social media profiles.

Dasan McCullough waited patiently to get an offer from Ohio State, acting as a committed player for months before receiving it. When he got the offer, he committed as soon as he could. There has never been a hint of displeasure or confusion about his choice. He did not entertain offers from anyone else nor did he feel compelled to visit other places. McCullough, along with C.J. Hicks, was working tirelessly on behalf of the Buckeyes trying to land other players.

Those aren’t the actions of a player thinking about other schools. But the truth is that family always has a different pull. It’s more important than a logo, even one as big and bold as the Block O.

There’s not a lot the Buckeyes can do about that. And that’s why if Dasan McCullough could decide to pull back his commitment from Ohio State in the near future: family.