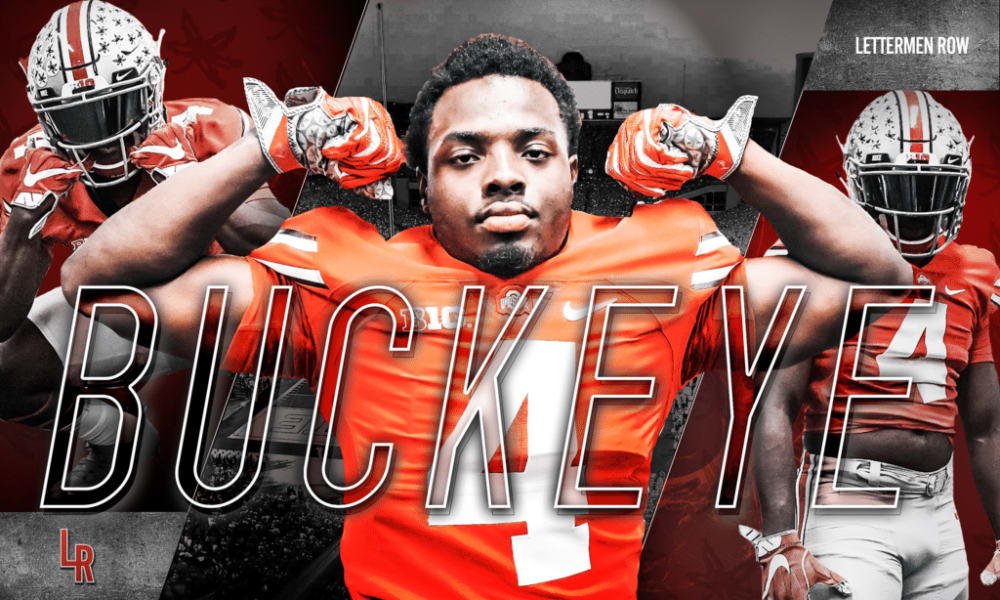 Ohio State has commitment No. 6 in the Class of 2020 thanks to Darvon Hubbard.

Hubbard, the country’s 23rd-ranked 2020 tailback, is a native of Akron who moved to Arizona prior to the start of his sophomore season. He split carries at Chaparral in 2017, racking up eight touchdowns and more than 500 yards despite finishing with just 69 carries for the Firebirds.

Following a busy spring that included big offers from schools like Alabama, Georgia and LSU, Hubbard returned to Ohio in June and spent two different camp dates with the Buckeyes hoping to earn an offer from the coaching staff at his home-state school. Five days after Ohio State’s marquee recruiting camp, Friday Night Lights, he did just that.

“I showed them everything they were looking for,” Hubbard said upon receiving that offer. “It feels amazing.”

One month later, Hubbard’s childhood dream of playing for the Buckeyes is poised to come true.

“It means a lot to commit to my home team,” Hubbard told Lettermen Row on Wednesday afternoon. “This is the team I’ve been watching since I started playing football.”

The sixth commit in Ohio State’s second-ranked 2020 class, Hubbard’s commitment means he’s now set to play alongside his high school teammate and classmate Jack Miller for upwards of seven straight years. Miller committed to the Buckeyes earlier this month, and the Arizona duo will now work together on the field at Chaparral and off it helping recruit for Ohio State. One of the reasons why Hubbard decided to pull the trigger on a commitment now is the desire to help build what could be a truly special recruiting class in Columbus.

“It’s very important to be a part of this class,” Hubbard said. “I mean this can be the best recruiting class anyone has seen. It was just time to commit, to make my decision and to be a part of it.”