Connect with us
Ohio State target Darrion Henry is taking his time on the recruiting trail. (Birm/Lettermen Row)

Ohio State football recruiting can be a wild ride full of twists and turns as recruits from all over the country maneuver their way to signing day. Lettermen Row is here to help you navigate the tumultuous roads by getting to the heart of the matter with the young football players themselves. Birminology shows who the young men being recruited by Ohio State truly are — by talking to them. Today’s guest: Darrion Henry, Ohio’s second-ranked 2020 prospect a major Ohio State priority.

There’s a common thought that when a top high school prospect born in Ohio has a scholarship offer from the state’s flagship program, it’s all but guaranteed that he’ll end up playing football at Ohio State.

It usually works out that way, sure. But that doesn’t mean top-ranked kids don’t have other options.

That’s why a guy like Darrion Henry, a massive 6-foot-5, 265-pound defensive lineman from Cincinnati Princeton High School, hasn’t already committed to the Buckeyes. He needs to make sure that the Ohio State is the right school for him on and off the field, and one of the best ways to know that is by seeing what other schools have to offer.

Henry has been all over the place in recent months taking visits, and he joined Birminology this week to talk a little bit about those trips and some future ones — including his plans to return to Ohio State. The country’s No. 42-ranked player knows what the Buckeyes have to offer and told Lettermen Row months ago that he’s building a special relationship with defensive line coach Larry Johnson. 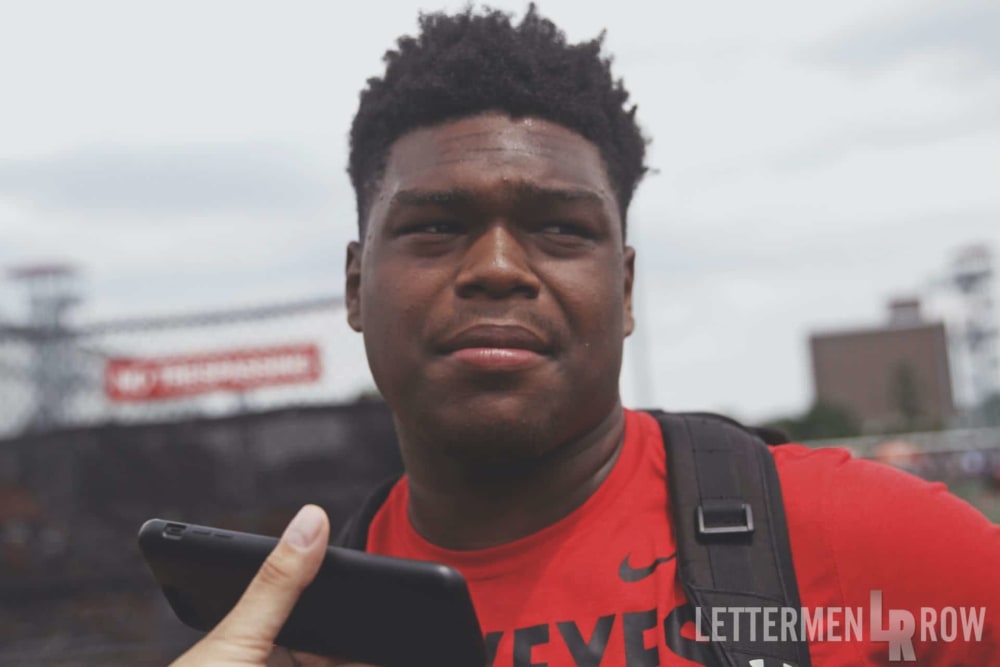 “I had a pretty high opinion from the start, from being a fan, my whole life hearing about Ohio State, since I live in Ohio,” he said. “Talking to all the players, they say [Johnson] is a great coach, and getting to see it first hand was wonderful. To have one of the best defensive line coaches as your coach? To play for him? That’d be wonderful.

Relationships are key in recruiting. And for Henry, some of his best friends are people he’d love to play with in college. He’s traveling week in and week out with Buckeyes commit Paris Johnson and his teammate at Princeton, linebacker Jaheim Thomas, and he doesn’t deny loving the idea of lining up with those guys at the next level.

But Darrion Henry said it won’t ultimately dictate his decision in his conversation with Lettermen Row. For everything else he had to say, check out everything Ohio’s second-ranked 2020 prospect in today’s episode of Birminology.