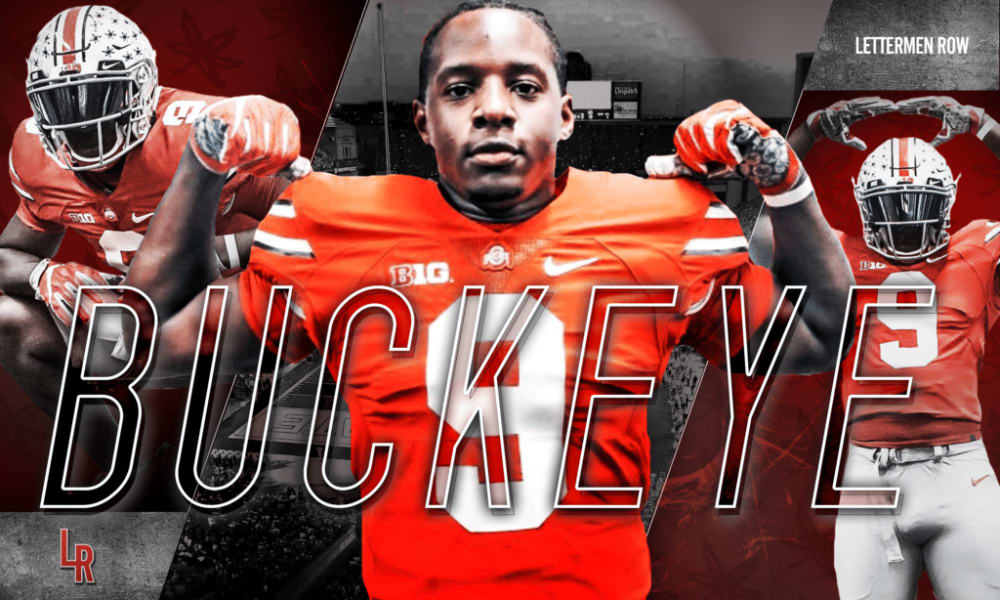 Ohio State’s newest commitment went to great lengths to prove he wanted to be part of the program. That desire helped win over the Buckeyes, and now Cormontae Hamilton can start making plans for a more permanent visit.

I am 100% committed to The 🅾️hio State University #GoBucks 🅾️ pic.twitter.com/WJFJ3kQiwn

Hamilton, a 3-star tight end from Memphis (Tenn.) Whitehall and the country’s 36th-ranked tight end, made sure the Ohio State staff knew he was serious about them when he decided to hop on a bus and take an 18-hour round trip from Memphis to Columbus for Friday Night Lights in June. The Buckeyes made sure he left campus with a well-deserved scholarship offer.

“One reason they offered me was that I showed that I wanted it,” he told Lettermen Row. “I came up there on a Greyhound just to be there and camp. I went there with a sprung AC joint in my right shoulder and didn’t give up not one bit. I gave it my all.”

Now Hamilton is a future contributor for Ohio State, choosing the school over scholarship offers from Alabama, Louisville, Ole Miss, Tennessee and more. He’s not the prototypical tight end at just 6-foot-2 and 256-pounds, but he’s a ferocious competitor. That relentless mindset made him a favorite of Buckeyes tight ends coach Kevin Wilson, and it’s why Hamilton is a good fit for the program despite his atypical size.

“I chose Ohio State. for one, because of the great ‘Real Life Wednesday’ program that they have for their student-athletes. Just from going up to Ohio State twice and getting to know the coaches, players, and the people around Columbus, everyone is very genuine and they have a plan for us.

“Plus, I have a great relationship not only Coach Wilson and Urban Meyer, but almost the whole coaching staff.”

Cormontae Hamilton bumps class up to No. 6 nationally

Wilson’s first impressions of Hamilton came at the Ohio State spring game in April, and that’s when Tennessee’s 29th-ranked prospect knew he felt a special way about Ohio State. It also prompted him to spend $289 of his hard-earned money to return to Columbus in June.

“I wanted it bad,” Hamilton said. “I liked Ohio State when I first went up there, the football, the school, everything. It’s a program for student-athletes.

Hamilton’s commitment gives the Buckeyes 15 verbals in the Class of 2019 and stretches Ohio State’s lead over Michigan as the Big Ten’s top-ranked recruiting class. The Buckeyes are now the country’s No. 6-ranked class, pushing ahead of LSU. The Tigers have 18 commitments.

Ohio State is likely done at tight end in the Class of 2018, with Hamilton taking a spot that many believed would eventually belong to Parkerburg (W.V.) 3-star Brenton Strange.