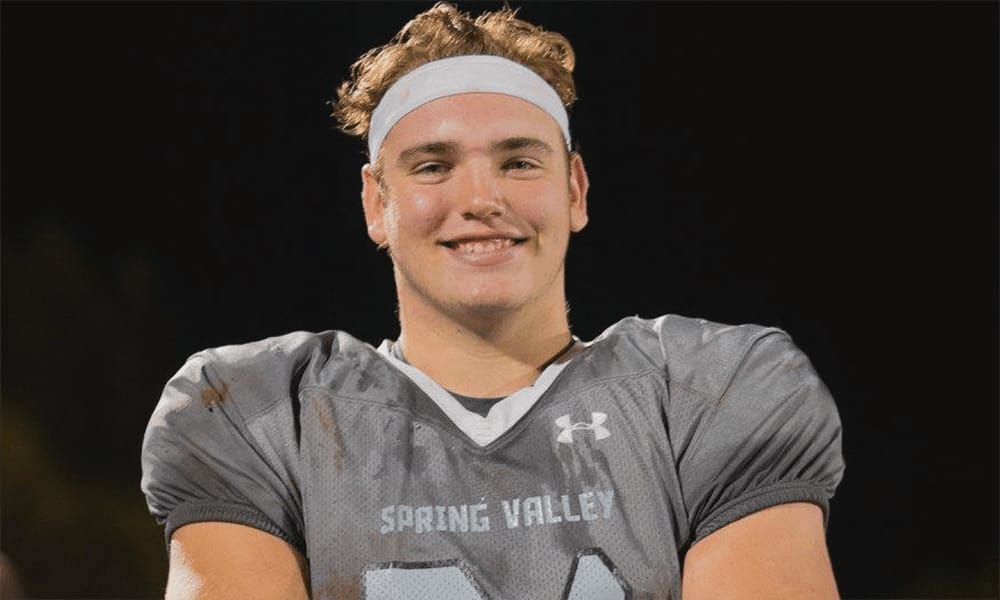 This is not breaking news: Ohio State needs to sign a handful of offensive linemen in its 2019 recruiting class.

So far, the Buckeyes have addressed the issue and landed commitments from three different players along the line. Doug Nester is a tackle prospect who could play guard. So is Ryan Jacoby, from Mentor, Ohio. Harry Miller, Ohio State’s newest commitment, is a top-rated center prospect — though he could start his career at guard, potentially.

Right now, with three guys committed, expect Ohio State to look at landing at least two more offensive linemen. Finding one tackle prospect, along with another interior guy, seems to be the path the Buckeyes are taking.

Here’s a handful of the names that you should know as we head into recruiting’s hot summer months.

Ohio State was at one time considered the front-runner for the 6-foot-6, 315-pound Wright. And though they remain the 247Sports.com crystal ball favorite, it seems that the Buckeyes have lost a little bit of the early momentum here. Wright is, like most of the guys on this list, pretty private with respect to his recruitment and has laid really low during the spring. Ohio State, Alabama and Tennessee seem to be getting the most love, but the Volunteers have received the most recent visit.

Another top-rated offensive tackle that had one time been projected to commit to Ohio State is Belleville’s Devontae Dobbs. The Buckeyes were involved very early with Dobbs and have not had any letdown in their recruiting intensity, but Michigan State has slowly but surely overtaken Urban Meyer’s squad as the expected favorite. The Buckeyes are not, by any means, out of this race, though, and will continue to pursue Dobbs until the end.

Where Wright and Dobbs have been widely-known names for much of the last two years, Rhode Island’s Xavier Truss has not. The Bishop Henderson school standout popped on to the national recruiting scene in early 2018 and has quickly become one of the most sought-after offensive tackles in the country. Penn State, Michigan and Ohio State are hoping to keep this an all-Big Ten battle while Alabama lurks on the outside. Truss has a lot of raw talent, and he’s not the finished product that Wright or Dobbs are at this point, but he’s still a player to watch closely.

Ohio State is on Keegan’s recently released list of six schools, but there are questions about how high he is on the Buckeyes list. When the Buckeyes decide to go all in here, I think they could be a real player. But if a decision is made anytime soon then it’s the Michigan Wolverines, where the 6-foot-6, 310-pound Keegan will visit on June 22, that have the edge in my mind.

Though he’s very new to football – Allen has only played for six months – he holds an early Ohio State offer and that’s a rarity for an in-state big man. At 6-foot-5 and 309-pounds, Allen has top-tier athletic ability for an offensive lineman, but he’s extremely raw to the game and its concepts. He worked out with the Buckeyes on June 8 and showed flashes of why he’s been offered, but there’s a lot of work to be done before he’s ready to contribute at the college level. In my mind, if the Buckeyes decide to take a “project” along the offensive line this year, this is likely the guy to do it.

Rouse has been in regular contact with Ohio State for much of the last few months and told Lettermen Row that the Buckeyes are recruiting him harder than most of the schools that have offered him. He intends to visit campus this summer, though a date has not been set yet. He’s 6-foot-6 and 285-pounds and has offers from Duke, Stanford and Northwestern. So while he’s a late-bloomer on the field, he’s a superstar off of it and has been his entire prep career at the Sidwell Friends School in D.C.

The only true guard on this list, Zeke Correll was offered a scholarship more than a year ago by Ohio State. And though the Buckeyes have not always been viewed as the favorite, they remain heavily in contention along with Notre Dame, Stanford and Northwestern. Correll’s family ties are at Kentucky, but Ohio State is hoping to seal the deal in his recruitment when he makes an official visit to school on June 22. He could make a college choice anytime after that, and Correll will likely to do it before the start of the 2018 football season.

As the last week has shown us, there are still plenty of other names that could pop up at any minute.