Connect with us
C.J. Hicks impressed Ohio State with his athleticism and mature approach to life off the field. (Birm/Lettermen Row)

Ohio State football recruiting can be a wild ride full of twists and turns as recruits from all over the country maneuver their way to signing day. Lettermen Row is here to help navigate the tumultuous roads by getting to the heart of the matter with the young football players themselves. Birminology shows who the young men being recruited by Ohio State truly are — by talking to them. Today, we’re talking with 2022 athlete C.J. Hicks, who has decided to commit to the Buckeyes.

C.J. Hicks didn’t want to wait, so his plans changed.

When Lettermen Row last spoke to the Archbishop Alter (Kettering) 4-star prospect, he told us he intended to run his recruitment into his junior year of high school, with the hopes of making his commitment sometime near the end of that time.

Ohio State needed one virtual visit to change his mind. That meeting between Hicks, Ryan Day, Al Washington and more members of the program came a little over a week after the 6-foot-4, 212-pound linebacker earned a coveted offer from the Buckeyes.

“I had a visit online with all the coaches last week,” Hicks told Lettermen Row . “It just feels like they can help me become the man that I need to be in life.”

Hicks emerged onto the recruiting radar last summer when he put on a show for then defensive coordinator Jeff Hafley during a one-day camp in Columbus. That performance made Hicks a must-follow for both recruiting analysts and Ohio State coaches, who repaid the interest by making him way to three different games at Ohio Stadium last season. 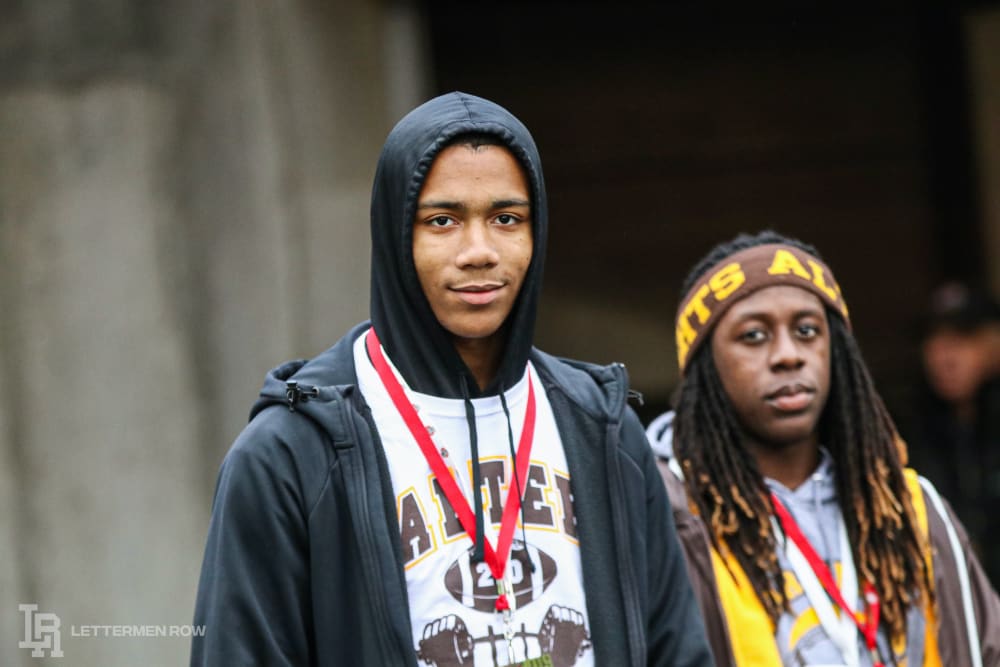 Other schools tried to get involved. Penn State, Michigan, Notre Dame and schools from around the Midwest made their pitches. So, too, did Tennessee, Florida State, Miami and others. In total, Hicks is committing to Ohio State over 26 other scholarship offers — and is doing so with two years of high school football still to play.

What happened to change the timeline for C.J. Hicks? Why did he opt for a quick commitment rather than drawing out his recruitment as initially intended? What kind of commitment does he intend to be, and who are the players he is going to help recruit to Columbus to play alongside him at Ohio State?

Hicks talked about those things and what led to his commitment in this installment of Birminology on Lettermen Row.

Continue Reading
You may also like...
Related Topics:Featured, cj hicks

For Ohio State, May is about securing summer recruiting plans
Analyzing impact as C.J. Hicks commits to Ohio State
Advertisement