Chris McClellan is a 6-foot-4, 285-pound defensive lineman from Oklahoma with more than 30 scholarship offers. (Special to Lettermen Row)

Ohio State football recruiting can be a wild ride full of twists and turns as recruits from all over the country maneuver their way to signing day. Lettermen Row is here to help navigate the tumultuous roads by getting to the heart of the matter with the young football players and Ohio State coaches and staff members themselves. Today’s guest is 2022 defensive tackle offer Chris McClellan, a 4-star prospect from Oklahoma.

Chris McClellan had been waiting a while for an offer from Ohio State. It’s something that the country’s No. 19-ranked defensive tackle started working toward before getting to high school.

“In my eighth grade year,” McClellan told Lettermen Row last month. “I told myself that I was going to work hard enough to have a chance to play at Ohio State for Coach Johnson one day.”

Now, with that chance in front of him, the 6-foot-4, 285-pound McClellan is ready to visit Ohio State. He’ll make an official visit with the Buckeyes in late June and in doing so, he hopes to continue growing what’s quickly become a solid bond with Johnson. More than 30 schools have offered him, but Johnson’s reputation as a defensive line guru always captured the young prospects attention. 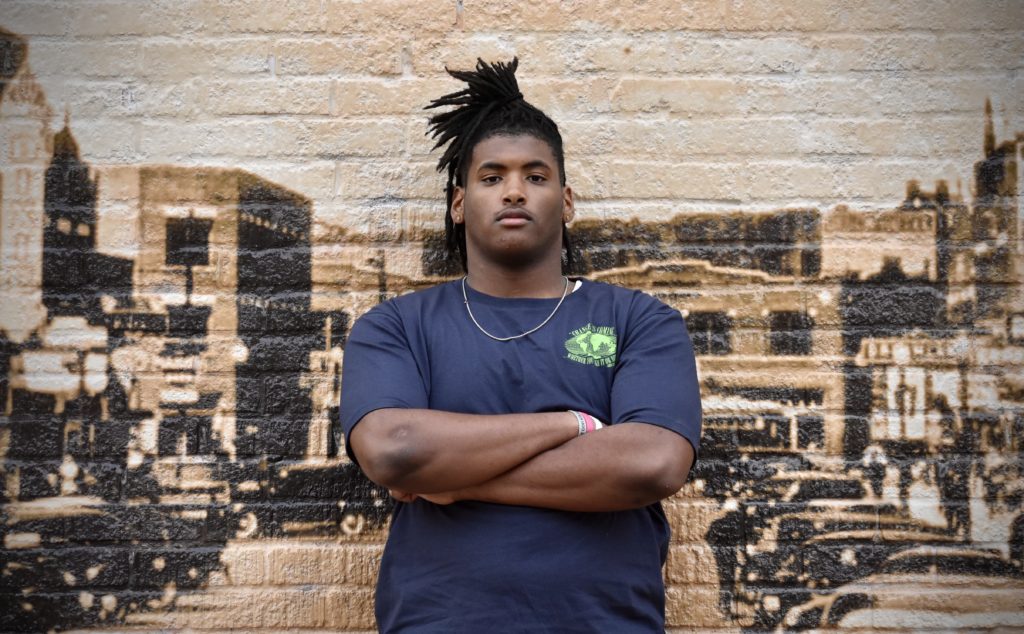 Chris McClellan will visit Oho State at the end of June. (Special to Lettermen Row)

The return of recruiting visits couldn’t have come at a better time for Chris McClellan. He’s had a very productive spring in camp settings and that’s led to a nice rankings bump and opportunities he says he didn’t expect because of the way Covid-19 limited his abilities to get in front of coaches. Saturday, he visited Norman, Oklahoma to check out the Sooners: things are getting back to normal.

And maybe that means a return to long-held goals, like playing for the Buckeyes one day.

What role does Ohio State see for Chris McClellan? How did he take advantage of the last year? Does his relationship with Josh Proctor help the Buckeyes?

One of the most recent offers in the Class of 2022 joined Birminology to talk about that stuff and more with Lettermen Row.