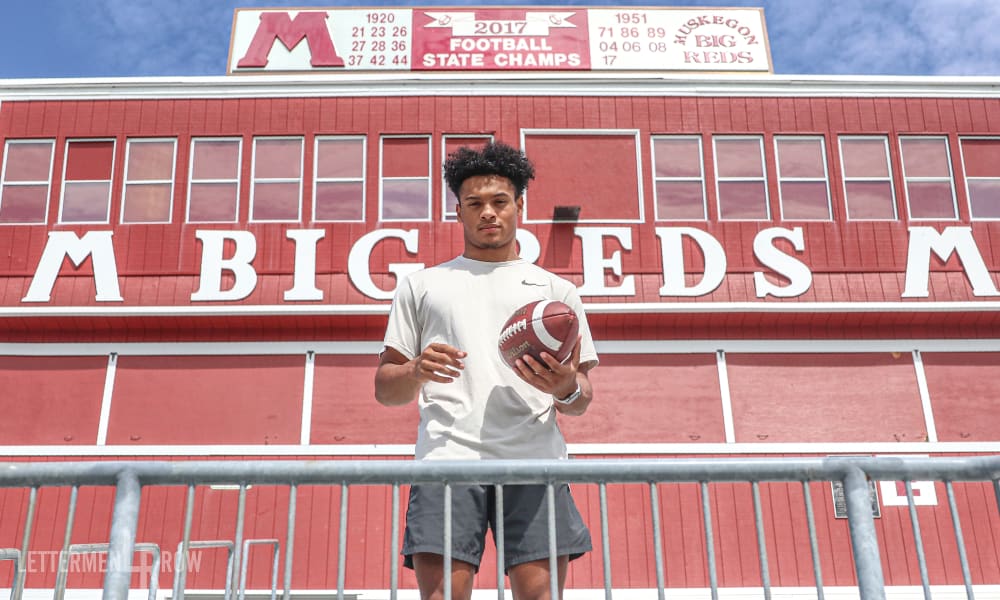 Cameron Martinez took time to make sure of his choice but will sign with Ohio State. (Birm/Lettermen Row)

COLUMBUS — It’s taken a bit longer than he thought it would, but Muskegon (Mich.) 4-star athlete Cameron Martinez is ready to put to rest any concerns about the status of his commitment to Ohio State.

After a difficult six-week stretch full of uncertainty, Martinez has settled in on his choice. He’s sticking with his original decision and will sign with Ohio State on Feb. 5.

Northwestern, Notre Dame, Minnesota and others, buoyed by the possibility of Martinez defecting in the wake of Jeff Hafley’s decision to leave the Buckeyes for Boston College, couldn’t convince the 5-foot-11, 195-pound athlete to change his mind.

That didn’t happen and the two-time Player of the Year in Michigan never made any other visits. Instead, he remained in regular conversation with Day and the Ohio State coaching staff. And in the end Martinez found that what had drawn him to the Buckeyes didn’t change — even though his position coach did.

“I think they recruited me harder than anybody else, having multiple coaches reaching out to me and showing how interested they are,” Martinez said the day he committed last July. “And then after coming back from the official visit and processing it all, it made it a no-brainer. That’s where my gut was telling me to go.”

What does the decision from Martinez mean for Ohio State? Lettermen Row breaks down why this decision is important for the Buckeyes, the Big Ten and more. 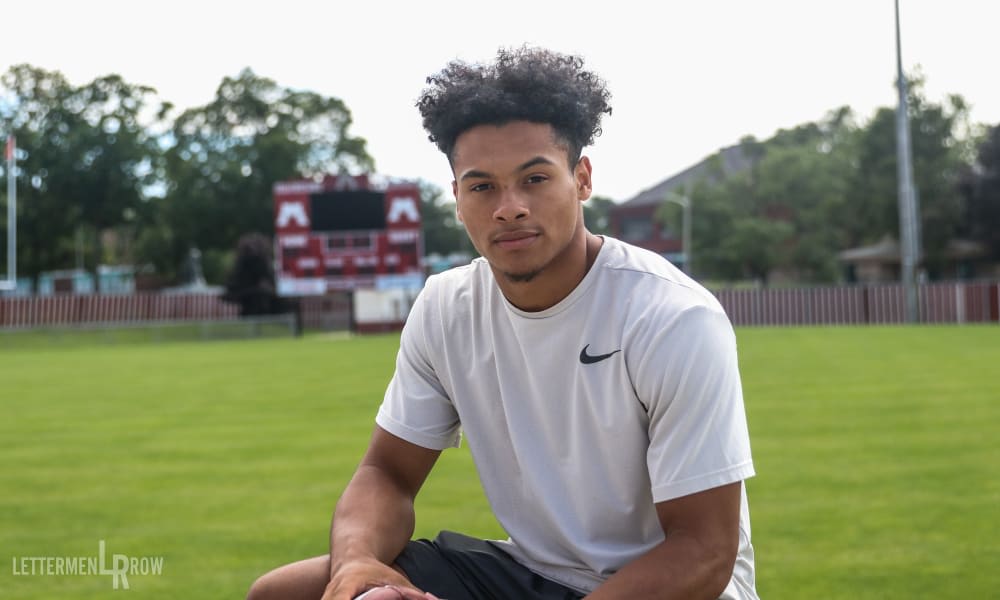 In his first year at the helm for Ohio State, Ryan Day has shown on multiple occasions that he’s willing to take a measured, patient approach on the recruiting trail. Once again it provided dividends for the Buckeyes. Day has avoided ultimatums with Martinez and every recruit being courted by Ohio State, choosing instead to give space and comfort when the young men he’s built relationships with over the last year need it.

“He said he’s got my back,” Martinez told Lettermen Row earlier in January. “He told me just how much he wants me to be a part of the program.”

Martinez has spent a good portion of his high school career flying under the recruiting radar, and the consistency with which Day has recruited him meant a lot to Michigan’s Mr. Football and his family.

“Coach Day always called me the most underrated player in the country,” Martinez said Monday. “He’s a coach that I was always in contact with, and I would say we have a really good relationship. He understood where I was coming from with Hafley’s departure, and I’m grateful that he allowed to rethink everything through.”

One of the reasons that Ryan Day wanted so badly to keep Martinez in his first full recruiting class at Ohio State? There just aren’t many players in the country as versatile as the lone, unsigned Buckeyes commitment.

During his illustrious high school career, Martinez won a state championship and played in two others while lining up almost exclusively at quarterback. Some schools, including Northwestern, told him he could play that spot in college if he were interested in doing so.

As an offensive weapon, Martinez is explosive. He has a senior year highlight video that is nine minutes long — and it only includes the touchdowns he scored last season.

His talents as an offensive weapon are not lost on Ohio State. Though the Buckeyes have remained confident that the Michigan star will develop into a NFL draft pick on the defensive side of the ball with the right teacher, the opportunity to work on both sides of the football will be presented for Martinez in Columbus. He’s also expected to be a candidate for early playing time as a return specialist. That was the message from new defensive coordinator Kerry Coombs during his first meeting with Martinez last week.

“[Coombs] didn’t say he needs me to do this or do that on defense,” Martinez said. “He said he could see me on either side of the ball. He was shocked I had nine minutes of just touchdowns from this year.”

When it came to Martinez’s interest in Northwestern and other schools, the chance to play offense exclusively was a big piece of the puzzle. The idea of playing defense was not something that interested Martinez prior to meeting Jeff Hafley.

But because of the relationship forged by that pair and the trust gained by Martinez in Hafley’s plan for him, things slowly changed. When Hafley left Ohio State, Martinez’s concern about learning to play a new position understandably grew.

The experience of Kerry Coombs developing defensive backs for the NFL and now also coaching them at that level provides renewed optimism for Martinez if his future involves a permanent switch to defense.

“There are a lot of similarities with him and Hafley,” he said. “I would say Kerry has a lot more energy. I can’t wait for him to coach me, and like I said before, I’m excited to get started with him if that’s where I end up.”

The relationship between Kerry Coombs and Cameron Martinez isn’t yet on the same level as it was with Hafley. The future Ohio State signee is confident it will get there soon.

Need to send coombs down to firm up tunmise Adelye .and JT Tuimalai

Coach Day’s comment that Martinez is the most underrated player in the country speaks volumes. Ira Ph.D., OSU 1979.

Coach Day’s assessment that Cameron Martinez is the most underrated player in the country speaks volumes. Ira Lee Ph.D., OSU 1979.

Did you really post again to make sure your full name appeared with your credentials???

I still want to see Cam bulk up and end up as a APB or H-Back like Curtis Samuel.

not the least bit sadly… there’s no way i want to see where Cam ‘ends up’. I hope he and his teammates enjoy the day… each day.

Cameron Martinez sticking with Ohio State, will sign next week
Analyzing positions of need for Ohio State in next recruiting cycle
Advertisement