Caden Curry isn't trying to hurry a decision but he'd like the NCAA to speed up its plans for recruiting visits. (Birm/Lettermen Row)

Ohio State football recruiting can be a wild ride full of twists and turns as recruits from all over the country maneuver their way to signing day. Lettermen Row is here to help navigate the tumultuous roads by getting to the heart of the matter with the young football players and Ohio State coaches and staff members themselves. This week’s guest is Indiana defensive line star Caden Curry, a top Buckeyes 2022 target.

That was now almost six months ago, which serves as a sobering reminder that in a world where things are usually sped up out of control, the NCAA’s everlasting dead period has put a lot of kids into a recruiting pickle.

For almost a year now, Curry has waited to visit Ohio State. The Buckeyes have made him a top priority in their 2022 recruiting class since last spring and in a different world, there’s a pretty good chance that the 6-foot-4, 260-pound prospect would have been committed somewhere by now.

Instead, he waits. Waits for a green light to make those trips but preparing for a decision regardless of if it happens, knowing full well that there’s a chance the NCAA could completely pull the rug out from under the feet of kids like him all the country without explanation, as its done multiple times since last summer. 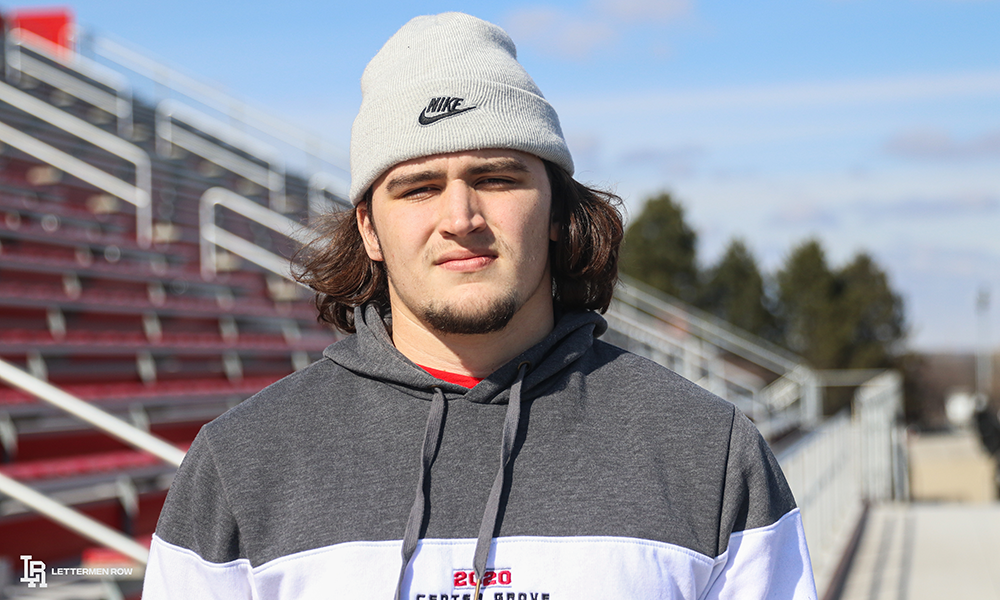 Ohio State has made Caden Curry a top priority for the last year-plus. (Birm/Lettermen Row)

And there’s no doubt that is making a life-changing decision more difficult than the No. 2-ranked prospect in Indiana ever imagined it would be.

Ohio State, Alabama, Clemson, Notre Dame, Indiana and a host of other schools are hoping that he’s able to gain some clarity about that decision in the near future.

What has Caden Curry feeling good about those schools? What recruits around the country has he grown closest with? Does he see himself as an inside defensive lineman or an edge rusher? The major Ohio State target joins Birminology to talk those things and more.