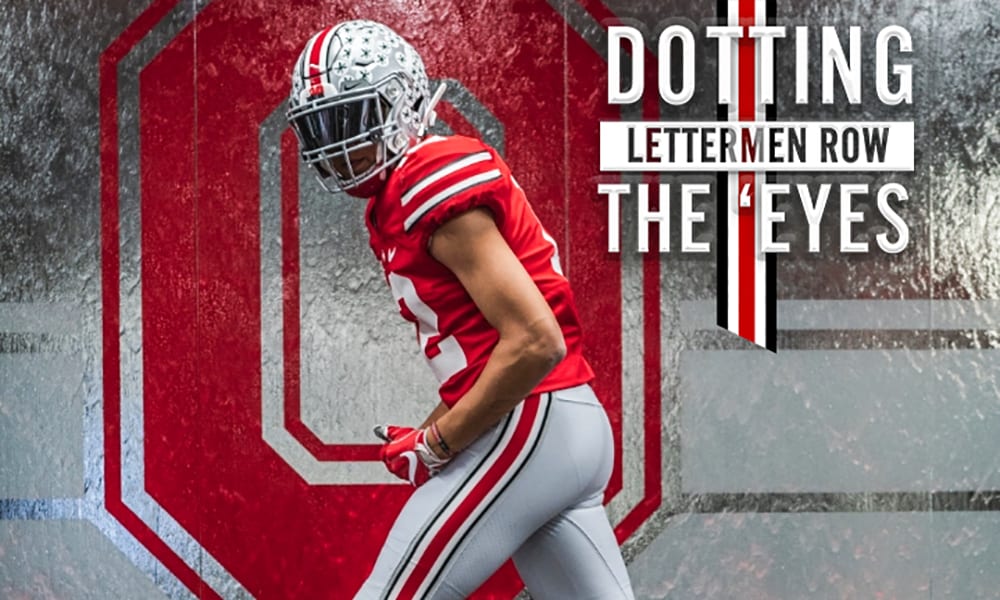 Stay in touch or be left out because Ohio State recruiting is a 24-hour, seven-day-per-week obsession. What’s the latest news as the Buckeyes build for the future? Get that and more Sunday through Thursday on Lettermen Row. Tonight’s update talks with Buckeyes tight end target Jalin Conyers and a pair of Ohio State targets have begun to narrow their lists.

“[The visit] was really good,” Conyers told Lettermen Row after his second trip to Columbus in the last month. “It was just different than the last time. But it was very, very fun. I enjoyed it.

“I would say it clears things up, but also makes things harder. If that makes sense.”

It doesn’t exactly make sense, but what Conyers means is that Ohio State, Oklahoma and Georgia all have a lot of great things that make them similar — but each has unique things that separate them from the others.

That is why the decision he’ll make sometime in July, date undetermined, is only getting more difficult. One of the best parts of the trip with the Buckeyes was the chance to spend more time with Ryan Day.

“I love talking to coach Day,” he said. “We both see eye to eye, and he is just a great person.”

The widespread belief is that the 6-foot-4, 220-pound Conyers is a homebody who is likely to stay closer to home for college, meaning that Oklahoma likely has the edge with a decision pending. No matter what anyone else thinks, the decision is going to be his alone.

“I will pick where I want to go,” Conyers said. “It’s all my decision and no one else.”

The college football world will know whether or not the years-long relationship with Cincinnati Princeton defensive lineman Darrion Henry will turn into an Ohio State commitment on Saturday.

Henry, the country’s 11th-ranked defensive tackle prospect and Ohio’s second-ranked prospect according to the 247Sports.com composite rankings, has seen his recruitment through despite most assuming he’d end up at Ohio State all along. He’s taken multiple visits to Tennessee, Georgia, LSU, Kentucky and others in an attempt to find the best landing spot for him outside of the presumptive package deal that had been widely discussed with 5-star offensive lineman Paris Johnson and 4-star linebacker Jaheim Thomas.

After injuring his shoulder last season, Henry has spent most of the last six months rehabbing and working to get himself back to full strength. That has impacted his national ranking, which has dropped a bit because of subpar camp performances. Those performances came mostly as the result of Henry’s inability to work out, but he’s been grinding in the last month-plus to get back to where he wants to be — and that showed during a one-day camp outing in Columbus earlier in June.

Despite the long looks at other programs, the chance to stay closer to his Cincinnati home and to work with legendary defensive line coach Larry Johnson are two reasons why I expect Henry to pick Ohio State.

The Buckeyes are chasing a couple of the country’s top-ranked running backs and have hosted a handful of them over the past few weeks. In the midst of all the attention being paid to guys like Bijan Robinson, Kendall Milton and others, perhaps Dallas Jesuit 4-star standout E.J. Smith has fallen through the attention cracks.

Smith, the country’s fourth-ranked all-purpose back, released his top-five schools on Twitter on Sunday evening and included the Buckeyes on that shortened list.

It’s that time. Top 5. Thank you family and coaches for guiding me towards making my five decisions. There isn’t an order to my top 5. pic.twitter.com/eBzD0U5NO9

Ohio State has hosted the 5-foot-11, 200-pound on multiple occasions. He and his family also remain in very regular contact with Buckeyes running backs coach Tony Alford. There is no decision expected from Smith until the end of his senior season and he will make his official visits in the fall.

Ohio State should get one.