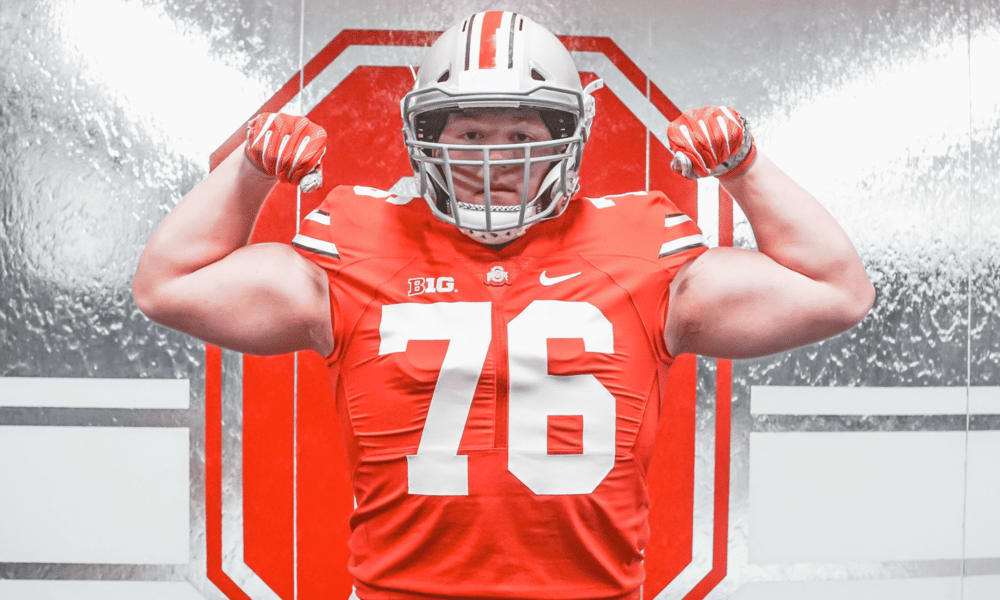 Ohio State has landed a commitment from 4-star 2019 offensive lineman Harry Miller. The Buford (Ga.) star tweeted out his commitment while in Columbus for a three-day weekend visit.

Due to unforeseen circumstances our mission team is currently unable to travel to Nicaragua. I was planning on making this announcement with the kids from our school, but I am excited to announce I have committed to THE Ohio State University.#GoBucks#PrayForNica @Mission4Nica pic.twitter.com/CyZfRCaRGD

Miller chose the Buckeyes over Stanford, Notre Dame and almost 30 other schools. He’s the country’s 36th-ranked prospect in 2019 and the No. 2-ranked center.

The Buckeyes offered the 6-foot-4, 310-pound Miller on June 1, 2017 and have made him a top priority for the program ever since.

The commitment gives Ohio State 10 verbals in its Class of 2019 and pushes the Buckeyes ahead of Michigan as the Big Ten’s top-ranked recruiting class. He’s the third offensive lineman to commit to the Buckeyes, joining tackle Doug Nester and guard Ryan Jacoby.