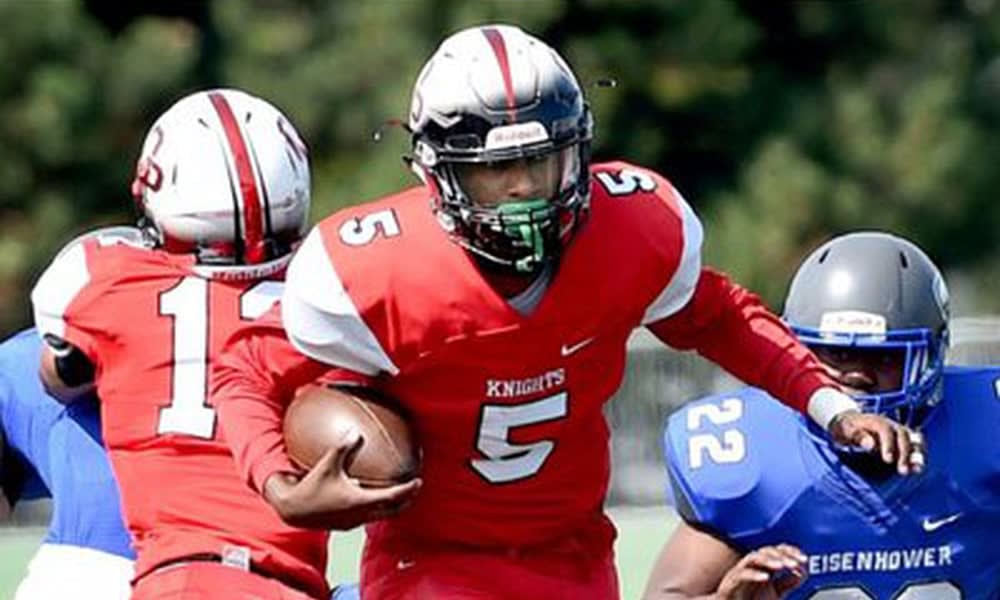 Ohio State has landed its 2019 quarterback commitment and it’s a major blow to a Buckeyes rival. Dwan Mathis, a 4-star quarterback from Oak Park (Mich.) has flipped from Michigan State to the Buckeyes. Mathis, 6-foot-5 and almost 200 pounds, visited Ohio State over the weekend and ended it with a commitment that could send shockwaves through the Big Ten.

Mathis is a 4-star prospect that was offered by Ohio State in May, but the Buckeyes began recruiting him aggressively last summer. He’s the country’s ninth-ranked pro-style quarterback and the No. 251-overall player in the country.

The decision to flip from one school to another is never easy for a recruit, but it’s especially difficult when making the move between rivals, and that’s what Mathis has done. The official visit to Ohio State was made quietly, and the privacy shown to it only highlighted the intentions of Michigan’s sixth-ranked 2019 player. If he wasn’t going to flip to the Buckeyes, there’s no reason for him to have come for a visit.

Ohio State quarterbacks coach Ryan Day, along with Urban Meyer, have been involved with Mathis over the course of the last year and didn’t slow down their efforts when he committed to the Spartans last September. The relationship was being built, and when the Buckeyes pulled the trigger on an offer in May, things began to heat up between the two sides behind closed doors.

The commitment is the 12th for Ohio State in the Class of 2019 and helps expand the Buckeyes class lead over Michigan and Purdue. Mathis is very close with a number of the best prospects in Michigan, and it will be interesting now to see how that could impact players like Michigan State commitment Julian Barnett, a 4-star defensive back and 5-star offensive tackle Devontae Dobbs, who many believe is considering the Spartans and the Buckeyes the most among his many offers.