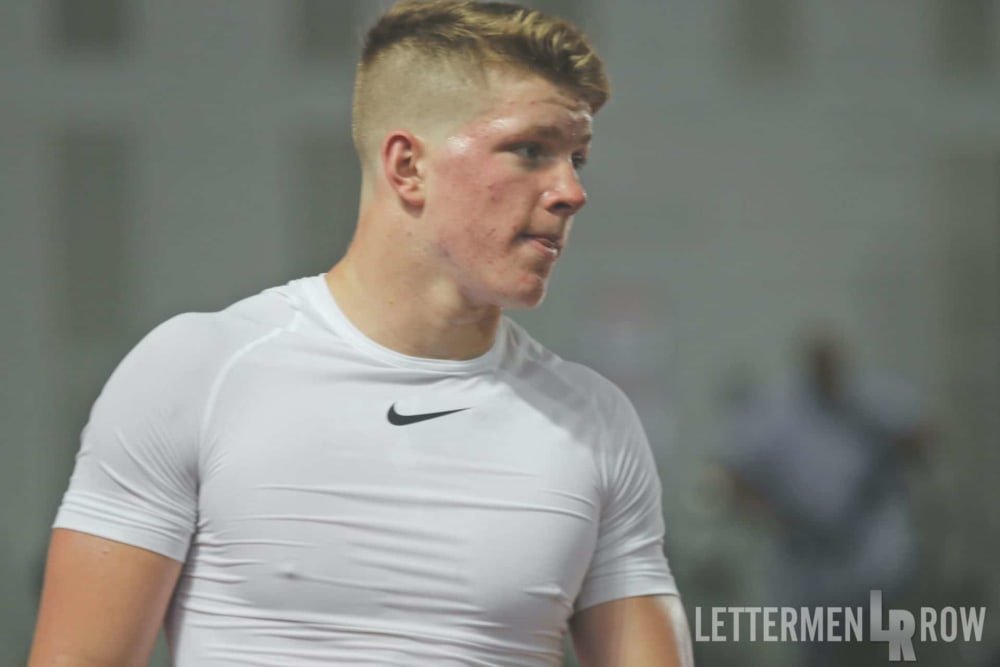 COLUMBUS — It’s hard not to look at Pickerington (Ohio) North 2021 defensive end Jack Sawyer and forget that he’s not yet entered his sophomore season of high school. At 6-foot-5 and 220 pounds, you could be forgiven if you mistake him for a slightly older prospect.

“Working with him was incredible,” Sawyer told Lettermen Row during a camp lunch break on Friday afternoon. “He’s clearly one of the best in the country at what he does and its easy to see why. He really knows his stuff.”

Johnson knows defensive line coaching, and he knows defensive line talent. That’s why Ohio State has already offered Sawyer. He’s got the chance to be special. That said, the majority of Friday’s experience for Sawyer was not about recruiting. It’s about getting better and Johnson allowed that to be the focus.

“Sure, there was a little recruiting talk,” he said. “But really he was focusing on getting our work in and me really getting the technique. That stuff, the technique, and how intense he was and stuff, it was really great.”

Sawyer also had a chance to spend some with Urban Meyer. The uniqueness of an opportunity for a just-turned-16-year-old to sit down with a college football legend isn’t lost on him.

“It’s very cool,” he said of the time with the Buckeyes head coach. “He’s a really good coach and person. It’s just fun to be in a situation where you can have a relationship with a coach like that. It’s hard to describe. We were just talking about me, Ohio State and all the things like that.”

Right now, Sawyer has 10 scholarship offers, including Michigan, Penn State, Michigan State, Georgia Tech, Maryland and others. He’s not sure if he’ll be back at Ohio State yet for another camp this summer, but does have plans to visit one of its biggest rivals.

Continue Reading
You may also like...
Related Topics:Featured, stay crootin