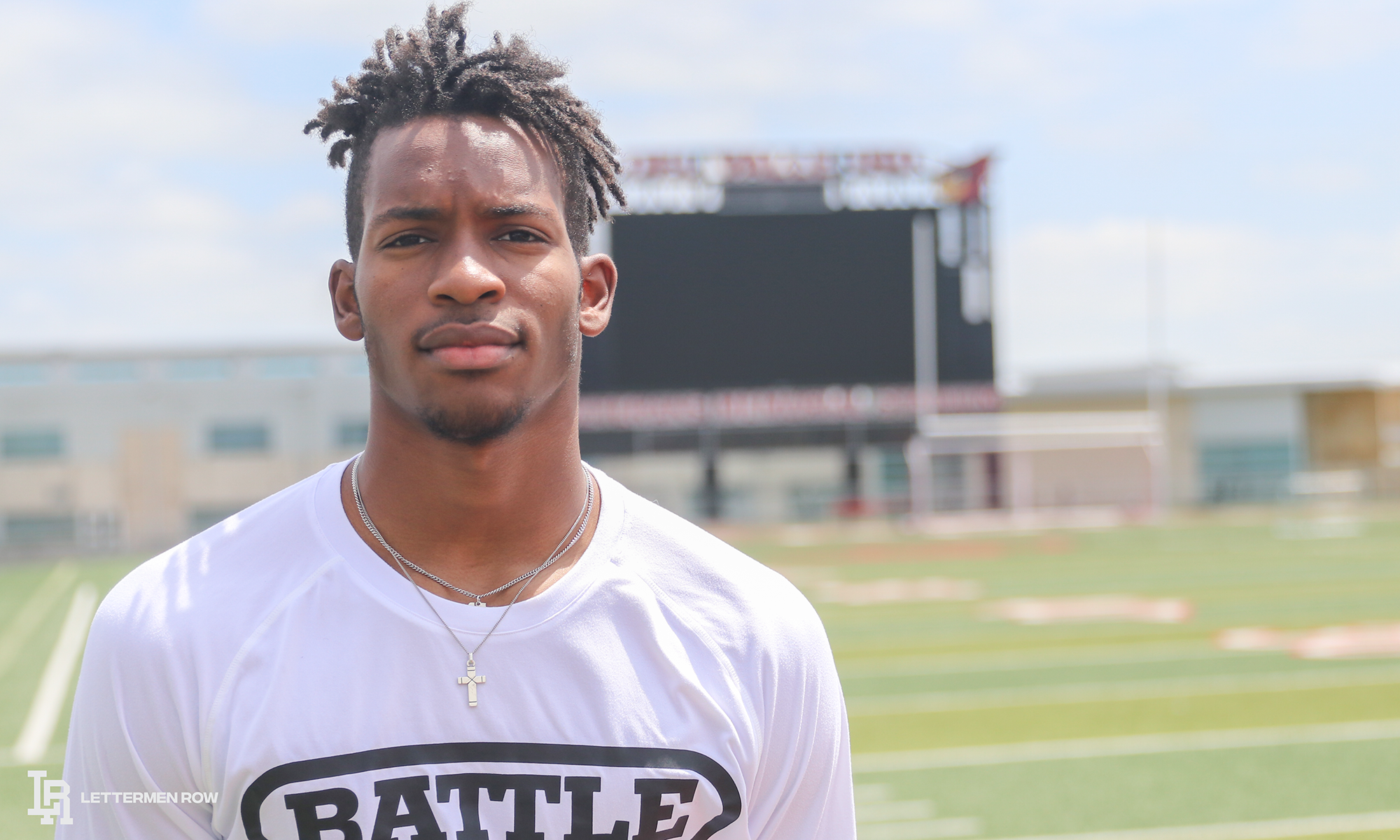 Braylon James has the size and speed to be a difference maker in any college program he chooses. (Birm/Lettermen Row)

Ohio State football recruiting can be a wild ride full of twists and turns as recruits from all over the country maneuver their way to signing day. Lettermen Row is here to help navigate the tumultuous roads by getting to the heart of the matter with the young football players and Ohio State coaches and staff members themselves. Our Texas tour continues with a stop to see 2023 receiver Braylon James.

AUSTIN, Texas — The football players grow a bit different in Texas. That’s why schools like Ohio State spend so much time recruiting the state.

And when the Buckeyes offer a young prospect from the Lone Star State, it’s bound to cause shockwaves — especially when local teams like Texas haven’t offered. Braylon James knows that an offer from Ohio State means something different. He said as much when Lettermen Row introduced him to readers last August. He reiterated that when Brian Hartline offered him just about a month ago.

“It’s crazy,” James said following the offer. “Just looking at Ohio State’s track record. From national championships to NFL production to season performance, the list goes on. They’re doing something right. To have a school like Ohio State see me as a contributor to their program says so much.

“I definitely see this as somewhere I can progress.” 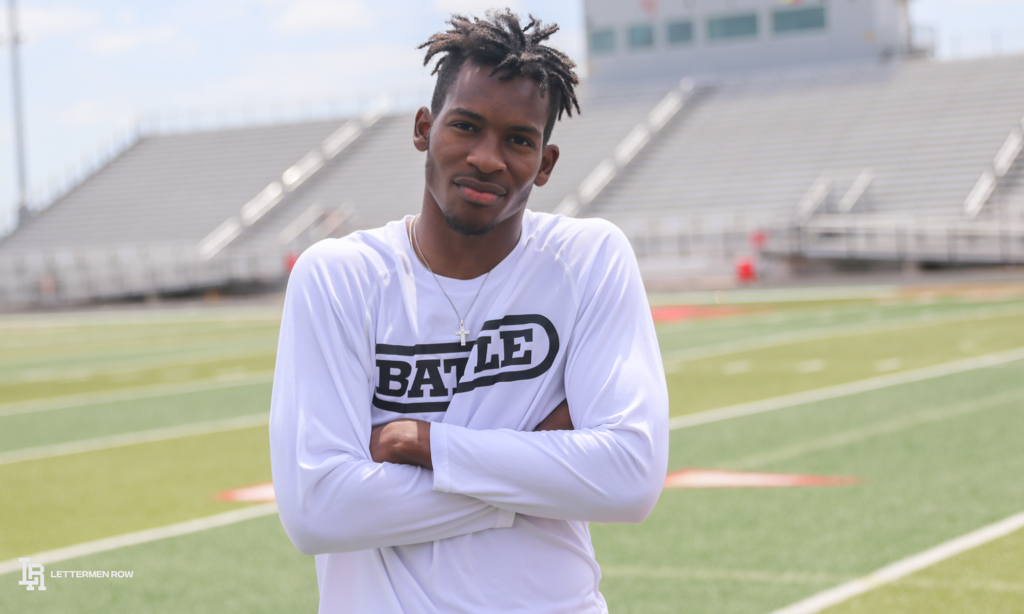 Texas has no shortage of talent and Braylon James has all the tools to be a big-time receiver in college. (Birm/Lettermen Row)

Right now, though, the 6-foot-3, 175-pound receiver is just focused on progressing through high school. He missed a few games as a sophomore but still did enough to feel confident heading into his junior season at Del Valle High School as the man in the offense for the Cardinals. He’s hoping to take the lessons he’s learned from Ohio State commit Caleb Burton, who played alongside James last year. Now at Lake Travis High School, both Caleb Burton and his father remain a key sounding board for the country’s No. 18-ranked 2023 receiver.

“[Caleb leaving] was a huge loss for us,” James said. “But it’s all love for the Burton family. I wouldn’t be where I am today without him and his father’s mentoring.”

Is Braylon James thinking about following in Burton’s footsteps? What are the things he’s searching for in a college? How much are he and other recruits in Texas talking about playing together at the next level? How did he feel when Brian Hartline offered him in the first conversation between the pair?

Lettermen Row is in Texas and caught up with the talented James prior to his Thursday practice. He’s the next guest on Birminology from Lettermen Row.