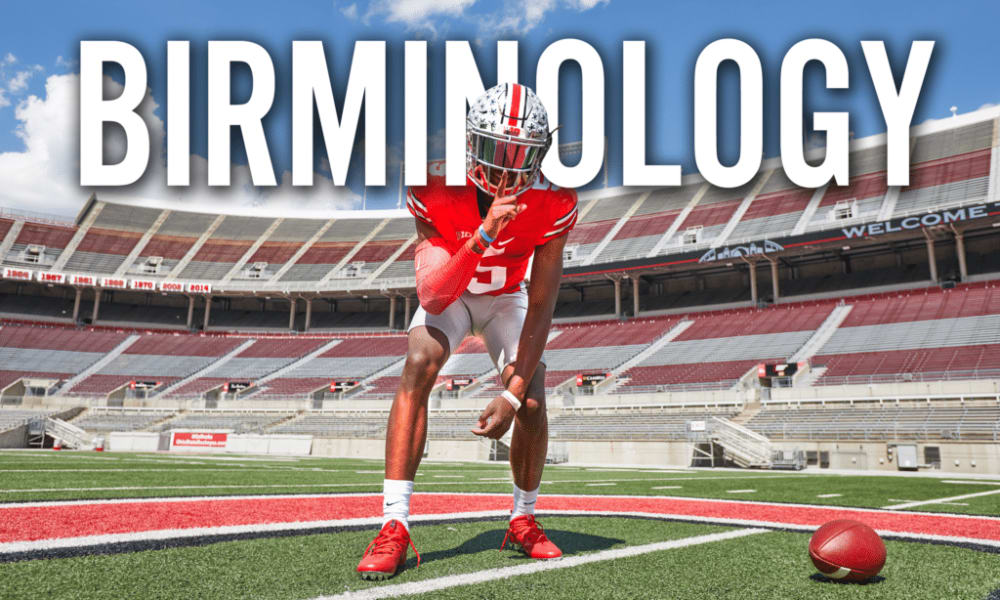 A good portion of life is all about timing, and Dwan Mathis‘ sudden flip from Michigan State to Ohio State on Sunday night was as good as the Buckeyes could’ve hoped for.

Following an unpublicized, but pivotal, official visit to Ohio State, the Oak Park (Mich.) quarterback prospect ended his nine-month commitment to the Big Ten rival. And in the process, Mathis put to rest months of feverish, anxiety-filled recruiting efforts for Ryan Day, Urban Meyer and the Ohio State staff.

The commitment does a lot more for the Buckeyes than just lock in a quarterback for 2019. He may have simply changed the course of the 2019 recruiting cycle for Ohio State. How many different ways does the verbal from Michigan’s sixth-ranked prospect impact the Buckeyes? Here are a few.

The Buckeyes have a QB … and potentially a class leader

The title of this column states that Mathis’ commitment gives Ohio State more than just its 2019 quarterback. But make no mistake, that’s a pretty huge component of what it does. Mathis deciding on the Buckeyes when he did, right before the summer recruiting dead period (June 25 – July 24) provides Ohio State a chance to exhale – finally – when it comes to quarterback recruiting.

The quarterback is often the leader of a recruiting class, and Mathis can now begin asserting himself in that role for an Ohio State group that desperately needs a guy or two to step up and spearhead the efforts from a player perspective. Yes, Ohio State’s class is currently ranked as the Big Ten’s best, but it’s a class that is spread all over the country and is a bit disjointed to this point in its communication and chemistry. Mathis, along with Garrett Wilson and Harry Miller, now form an influential trio of verbals for Ohio State as they head into the summer months.

With now 12 commitments, Ohio State can reassess its priorities heading into the dead period without the quarterback monkey on its back.

Ryan Day is freed up on the recruiting trail

Though he’s not as active on Twitter as Zach Smith and Tony Alford or as revered nationally as Larry Johnson, there’s a pretty solid case to be made for offensive coordinator Ryan Day as the staff’s best recruiter.

He was a major part in the recruitment of Garrett Wilson and Harry Miller, and now he’s almost solely responsible for the addition of Mathis, a player he’s recruited extremely hard for the last year. That work was not just done because “Ohio State didn’t land its real targets” at quarterback, as some have speculated. Mathis was always, along with Auburn verbal Bo Nix and Wisconsin commit Graham Mertz, near the top of the list for Ohio State.

With Mathis in the 2019 class and Jack Miller potentially becoming Ohio State’s 2020 quarterback in the near future, Day is now freed up from quarterback recruiting responsibilities and can start working to shore up relationships with other key players on the Buckeyes big board.

That’s a benefit that you just can’t overlook.

It is a huge blow to Michigan State

Ohio State’s biggest on-field rival since 2008 has been, without question, the Michigan State Spartans. Mathis was the leader of Mark Dantonio’s class and a key part of the Spartans claims that “the best players in Michigan play at Michigan State.”

Mathis informed the Michigan State staff he was taking the visit to Ohio State. So while Dantonio was not in the dark, the Spartans didn’t have much time to change his mind or look elsewhere. They had not recruited another quarterback, obviously, for the last year-plus, and they’re now significantly behind the proverbial eight ball when it comes to replacing Mathis. There’s no way to deny it: This a major loss and one that has to have had Dantonio’s staff seeing red over the last few days.