Benji Gosnell made decision and is now part of the 2022 Ohio State recruiting class. (Benji Gosnell/Courtesy)

Ohio State football recruiting can be a wild ride full of twists and turns as recruits from all over the country maneuver their way to signing day. Lettermen Row is here to help navigate the tumultuous roads by getting to the heart of the matter with the young football players and Ohio State coaches and staff members themselves. Today, 2022 tight end Benji Gosnell rejoins the show to open up on his college commitment.

No visit to Ohio State turned out to be no problem for East Surry (Pilot Mountain, N.C.) High School 4-star prospect Benji Gosnell.

The country’s No. 11-ranked tight end has committed to Ohio State over Florida and North Carolina, two of the schools that also stood out to him among his 18 early scholarship offers.

Three weeks ago, the 6-foot-4, 225-pound Gosnell joined Birminology to discuss his recruitment and made it clear that his relationship with the Buckeyes was helping keep the program at the front of his recruitment. 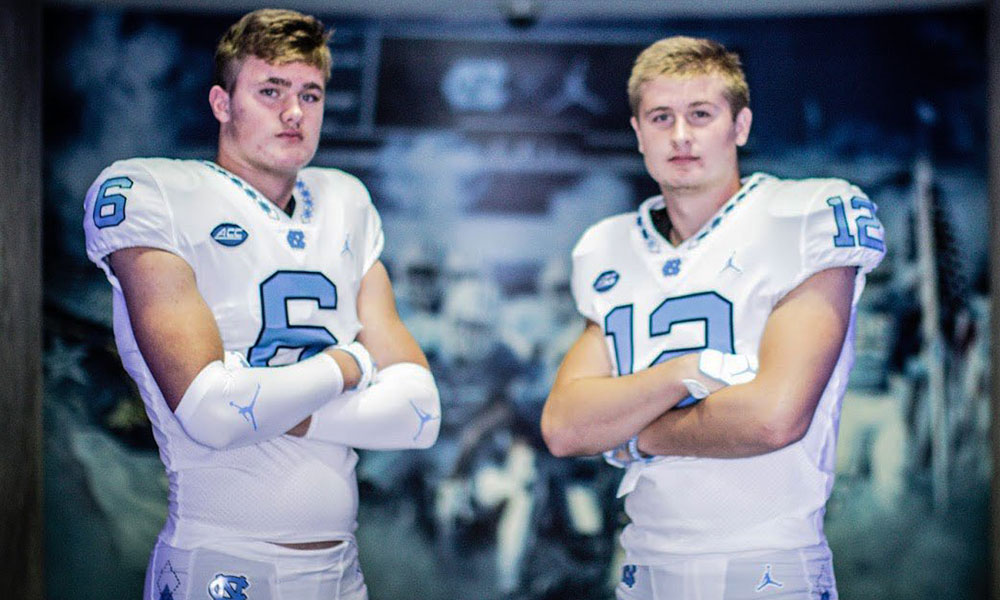 “Coach Wilson and my head coach, Coach Lowman, they’re old buddies — they grew up in the same town — so they are aware of each other,” Gosnell said. “We did tons of phone calls, tons of Zooms … we had such a great relationship.

“They’re just a great school, top in the country.”

Now, though he’s not yet been to Columbus, Gosnell is a part of the future for Ohio State because of the relationship with Wilson and his fellow commitments, especially tight end Bennett Christian. His family, including his brother Stephen — a freshman at North Carolina — signed off on the decision. That makes Gosnell the seventh member of the Buckeyes 2022 recruiting.

How did the decision get made for Benji Gosnell and what pushed Ohio State over the top? What did his family see in the Buckeyes that made them comfortable with his choice? How will this self-described introvert be as a recruiter for his future team?

Find out the answers to that and more in the latest commitment edition of Birminology from Lettermen Row.