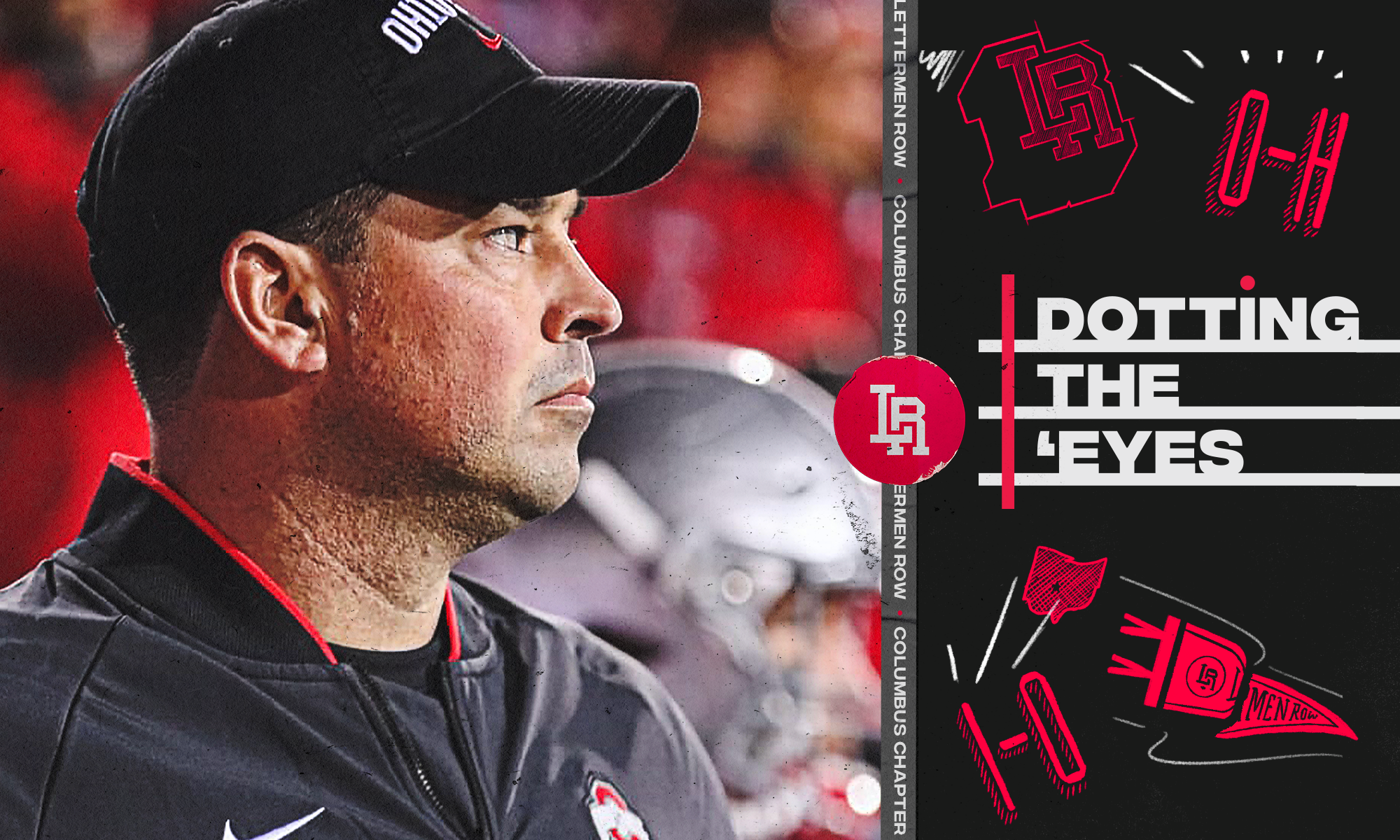 Ryan Day and the Buckeyes are focused on a return to the field -- and recruiting remains on the horizon. (Birm/Lettermen Row)

Stay in touch or be left out because Ohio State recruiting is a 24-hour, seven-day-per-week obsession. What’s the latest news as the Buckeyes build for the future? Get that and more Sunday through Thursday on Lettermen Row. Today we are focusing on the latest news from the NCAA and it’s on-going recruiting dead period.

The NCAA has prohibited in-person recruiting since March and has voted multiple times to delay since then. On Wednesday, the never-ending dead period received another extension, this time all the way through the end of 2020.

“The Division I Council extended the recruiting dead period through Jan. 1.,” the NCAA tweeted. “The Council has been reviewing the dead period on a regular basis since April. A dead period precludes all in-person recruiting.”

Of course, a number of programs have employed tactics to work around the ban, including having players and their families come to campus and not speak to coaches at that time. But the reality of the situation is that as the Big Ten returns — and presumably the Pac-12 — every one of the major football conferences will be forced to get creative when it comes to balancing a safe return-to-action plan with the real efficacy of virtual visits.

Dabo Swinney, speaking to Clemson media on Wednesday night, lamented the decision while acknowledging that it should provide the same challenges for everyone.

As for the Buckeyes, sources close to their program have indicated to Lettermen Row that there’s some support for the decision because bringing in recruits and their families would just be one more potential pratfall when it comes to the protocols required by Covid-19. Yes, Ohio State would love for recruits to be on campus — but not at the potential expense of the current roster or its goals of winning a national title this fall.

One of the players Ohio State would love to have a chance to host for a real, in-person visit is Floyds Knobs (Ind.) Central offensive tackle Zen Michalski. The 6-fooot-6, 290-pound lineman was offered by the Buckeyes last week and told Lettermen Row then that there’d been no virtual visit at that point.

That has changed, and things are moving along with Ohio State and the Louisville commitment.

“It’s been going awesome,” Michalski told Lettermen Row this week. “I talk to Coach [Ryan] Day and [offensive line] Coach [Greg] Studrawa on a daily basis and some other coaches. They’re absolutely awesome guys. We had a virtual visit.”

Michalski hasn’t been to campus with Louisville or anywhere other than Indiana State to this point. But the Buckeyes were able to show off some key parts of their program.

“The school, stuff like the job opportunities and all the coaches [were part of the presentation],” he said. “I had already talked to them, but they were awesome. It’s really just about how many resources just go straight into the players. It seems like an amazing place.”

Right now, Michalski is trying to just sit back and soak up the recent attention rather than spending too much time focusing on his recruiting options. Still, the Ohio State offer combined with his recent game tape has helped raise his national profile. On Wednesday, he received a rankings bump up to 4-star status, and he’s now the No. 3-ranked player in Indiana.

Staying in the Louisville-area but moving ahead to the Class of 2022, there’s been steady and continuing chatter between Ohio State and Kiyaunta Goodwin.

A 6-foot-7, 300-pound prospect from Charlestown (Ind.) High School, Goodwin has been hearing from the Buckeyes a lot since Sept. 1 after talking only a “few times” prior.

“I talk to Ohio State three or four times a week,” Goodwin said. ” I like learning about the different schools it helps me ask better questions about them.”

The Buckeyes are getting a chance to answer most of his questions. Now he’s just waiting for the chance to get himself on campus again after visiting Columbus in his freshman year with then Ohio State target Wandale Robinson.

“I just really want to meet all the staff again,” he said. “And talk to some of the players. I can’t wait to get there.”

In the meantime, Goodwin is glad to be playing football again and says that Studrawa and the Buckeyes have been excited by what they’ve seen on film.

“[Ohio State] said that I’ve looked great and that I’m moving well,” Goodwin said.”That they think I could be the next great tackle. It feels great to be back playing.”