Ohio State football recruiting can be a wild ride full of twists and turns as recruits from all over the country maneuver their way to signing day. Lettermen Row is here to help navigate the tumultuous roads by getting to the heart of the matter with the young football players themselves. Birminology shows who the young men being recruited by Ohio State truly are — by talking to them. Today’s guest is 4-star defensive back Andre Turrentine, who has just announced his commitment to the Buckeyes.

For the fourth time in the last three days, Ohio State is celebrating a 2021 commitment. This time it’s Nashville’s Andre Turrentine, a 4-star defensive back prospect from Ensworth High School.

Though he’s been relatively under the radar on the Buckeyes recruiting scene, Turrentine has been a regular target for Ohio State coaching staff in the last handful of months, dating back to Tony Alford extending him a scholarship offer prior to the start of last season. Since then, Alford, along with assistant coach Matt Barnes, led the charge in his recruitment, remaining as constant voices in the ear of Turrentine as the Buckeyes navigated the transition from Jeff Hafley to Kerry Coombs. 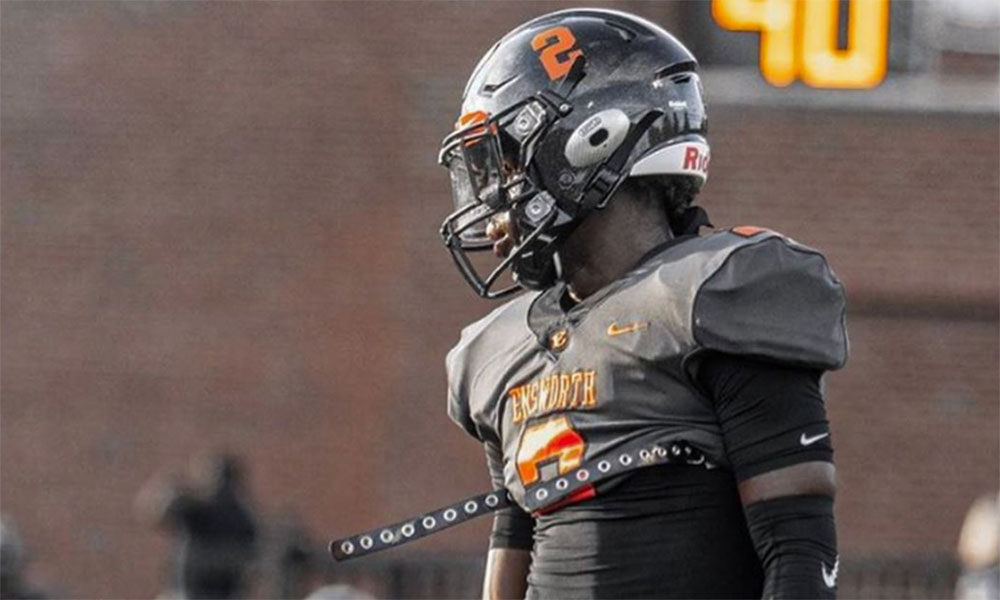 But no matter who was recruiting him for Ohio State, it was clear to the 6-foot, 185-pound Turrentine that he knew what school he wanted to call home, even though he’d made just one visit to Columbus.

What a crazy week for recruiting.

Amazing, we get a 4 star to commit and it lowers our overall percentage.

Birm, how much of a surprise was this commitment? Were you expecting it and does this force the hand of others to commit or who looks elsewhere?
Lots of questions.