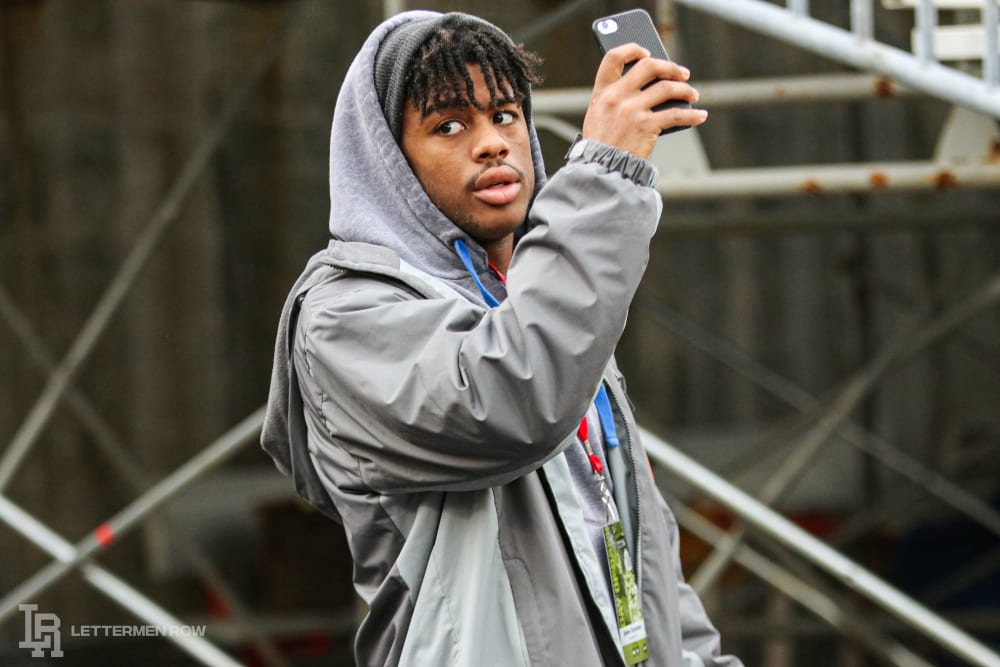 COLUMBUS — The Buckeyes are on a serious recruiting roll and now have commitment No. 14: Nashville 4-star cornerback Andre Turrentine has decided to end his recruiting process and commit to Ohio State.

Turrentine is the country’s No. 6-ranked safety and a player who has quietly been on the Ohio State recruiting radar for some time now, though he’s visited the program just one time.

Lettermen Row is breaking down the unexpected decision from Turrentine and what his commitment means to the Buckeyes, the Big Ten and more.

What Andre Turrentine gives Ohio State on the field

It’s no secret that Kerry Coombs likes rangy defensive backs who are physical and fast. The 6-foot, 185-pound Turrentine hits on all those metrics — with hit being the operative term. Turrentine is capable of playing cornerback or safety and has a bit of former Ohio State safety Vonn Bell in his game, which is certainly going to encouraging to the coaching staff at the Woody Hayes Athletic Center.

Turrentine is a thumper. He plays aggressive and arrives with bad intentions. But with the ball in his hands, he is the type of long strider who has deceptive speed and is capable of running away from those chasing him.

Because of his physical nature, the coaches at Nashville’s Ensworth High School often play Turrentine on the line of scrimmage or in a traditional linebacker role. But make no mistake about it: His future is in the secondary for Ohio State. The question is exactly where, but that answer will ultimately depend on how his frame fills out. Damon Webb is another former Oho State player of similar stature who played at corner and safety for the Silver Bullets, so it’s conceivable that Turrentine’s path could play out similarly.

Andre Turrentine is commitment No. 14 for Ohio State and the fourth addition for coach Ryan Day since Sunday as things continue to heat up for the program despite the temporary recruiting dead period currently imposed by the NCAA. No unit is rolling any better than the defensive backfield.

With Turrentine joining Jaylen Johnson, Devonta Smith and JK Johnson, things begin to get very interesting for Coombs and Day in the secondary, because there are a number of big-time targets still on the board who have serious interest in Ohio State — and vice versa. The Buckeyes are still very much in the picture for Kentucky’s Jantzen Dunn at cornerback, and they are at least still in conversation with 5-star prospect Tony Grimes and Clemson commit Jordan Hancock also.

There are also continuing efforts to recruit Derrick Davis and Kamar Wilcoxson, a Florida commit, at safety. So is the recent run on defensive backs an indicator that Jaylen Johnson is likely to move to linebacker? Or is it a reminder from Ohio State to its top recruiting targets that the room is filling up, and if they want to be a part of what Kerry Coombs is building, it’d be best not to wait?

At the risk of sounding repetitive, the latest Buckeyes pickup adds more distance between Ohio State and Clemson as the country’s top-ranked recruiting class. Turrentine is the first player from Tennessee to commit to the Buckeyes since Cormontae Hamilton in the 2019 class, and his addition means the 2021 group now has seven states represented in total. The 14 commitments lead the way in the Big Ten by a wide margin — Wisconsin’s second-ranked Big Ten class has nine verbals — and Ohio State is almost 120 points better than anyone in the conference.

Continue Reading
You may also like...
Related Topics:Featured, Andre Turrentine