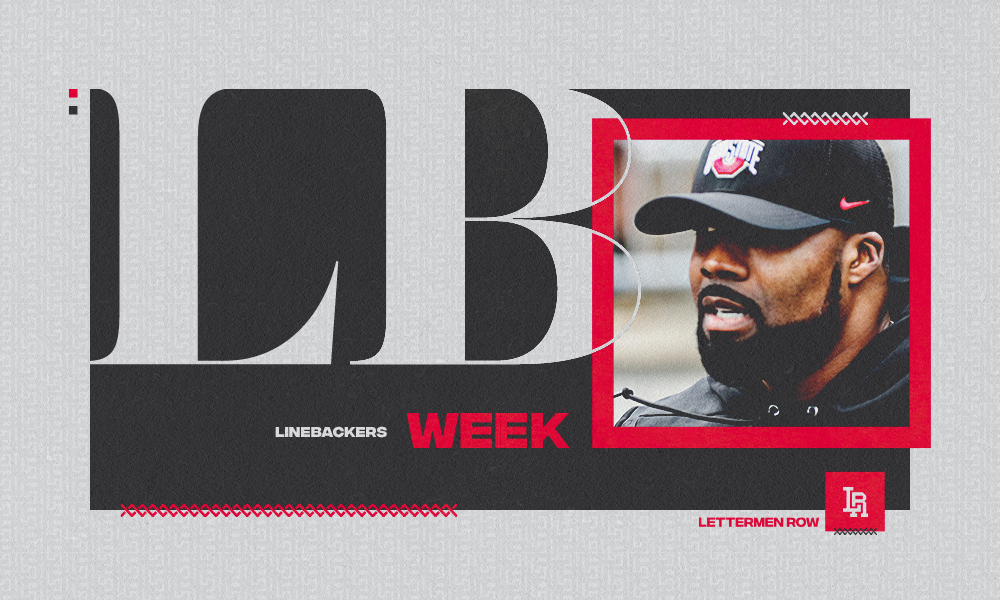 Al Washington has a reputation as a great recruiter but hasn't been faced with much need yet in his time at Ohio State. (Sam Silverman/Lettermen Row)

COLUMBUS — When Ryan Day hired Al Washington away from Michigan, it was a big win for Ohio State football.

The 36-year-old Columbus native was a rising star on the coaching circuit and was quickly becoming a thorn in the Buckeyes side on the recruiting trail. Washington nearly landed 5-star defensive end Zach Harrison in the Class of 2019 and probably would have had Day not taken over at the helm for Ohio State when he did.

The second-year Buckeyes assistant made good as a recruiter for Ohio State in the 2020 cycle, helping land three talented and highly-ranked linebackers but if he wants to boost himself into the conversation as an upper-echelon national recruiters, the 2022 class will present the young coach with a major opportunity to do so. 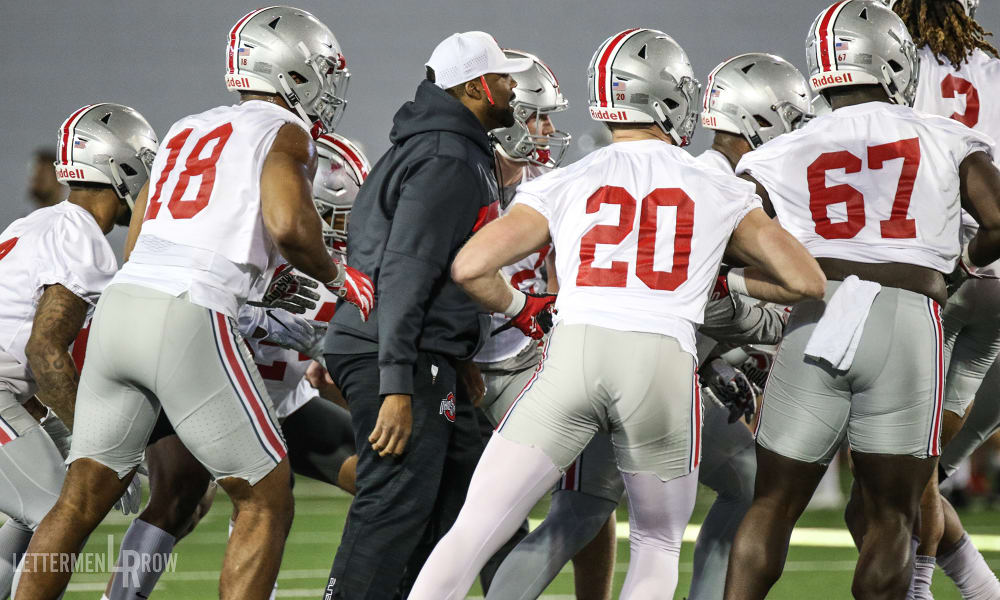 The onus to replace those guys falls squarely on Washington and, according to Justin Medlock, one of the country’s top rising-junior linebackers, he’s not being shy when it comes to letting young prospects know he’s trying to fill a number of spots.

“He’s told me it could be up to five,” Medlock, from Manvel, Texas, told Lettermen Row. “It’s going to be a real young room.”

When the numbers need is that great, the challenges of recruiting change. Kids that are Ohio State caliber aren’t usually afraid of competition — quite the opposite, as they tend to embrace it — but it is still difficult to convince three, four or five players at the same position to come on board together. The Buckeyes have that same dilemma with defensive back recruiting in 2021 and lost an in-state commitment, who cried when Ohio State offered him, because of it.

So Al Washington’s biggest test as a recruiter for the Buckeyes comes with major roadblocks. This isn’t about signing a great player or two like he’s trying to in the Class of 2021, where Ohio State hopes to land Raesjon Davis to complement Reid Carrico, this is about finding a handful of supremely talented and confident kids from all over the country and hoping they’ll buy into the brotherhood that the Buckeyes promote day in and day out. That message can’t be faked in an era where the country’s best players talk to each other all day, every day.

Fortunately for Ohio State, its linebackers coach does better than most coaches: he shoots straight, all the time.

“He has a realness about him,” Shawn Murphy, a potential 5-star prospect in the Class of 2022, told Lettermen Row. “He doesn’t sell fake dreams. He just tells you what’s what. He isn’t shy about telling you what you need to work on. He’s just one of those dudes you look for when you’re looking for a coach.”

To connect with recruits on a superficial, football-only level is the bare minimum a college coach has to do. For Washington though, the connections run deeper. He was the coach that really opened the door for Ohio State to recruit TreVeyon Henderson, who he begun courting while he was at Michigan. It was Washington who reached out immediately to former Clemson commit Jordan Hancock and offered up congratulations and a “we’re going to keep recruiting you” when the highly-regarded defensive back picked the Tigers in March. Now that Hancock has decommitted from Clemson, it’s obvious how valuable, and prudent, the Buckeyes approach was.

That started with Al Washington, and his consistency is invaluable.

“Coach Washington is a great person,” Buckeyes 2022 linebacker commit C.J. Hicks told Lettermen Row. “I have a great relationship with him and his family, even though I just committed not too long ago. I can talk to him about anything and our relationship is amazing.”

It sounds cliche to keep coming back to “comfort and relationships” when talking about recruiting but that’s what it really is all about. It’s why Al Washington, currently ranked as the No. 7 recruiter in the Big Ten, was a success before coming to Ohio State and its why Buckeyes fans should be confident that big more wins are coming in the Class of 2022 at linebacker.

Reid Carrico ready for return to normal after odd summer
Jordan Hancock on decision to flip from Clemson, commit to Ohio State