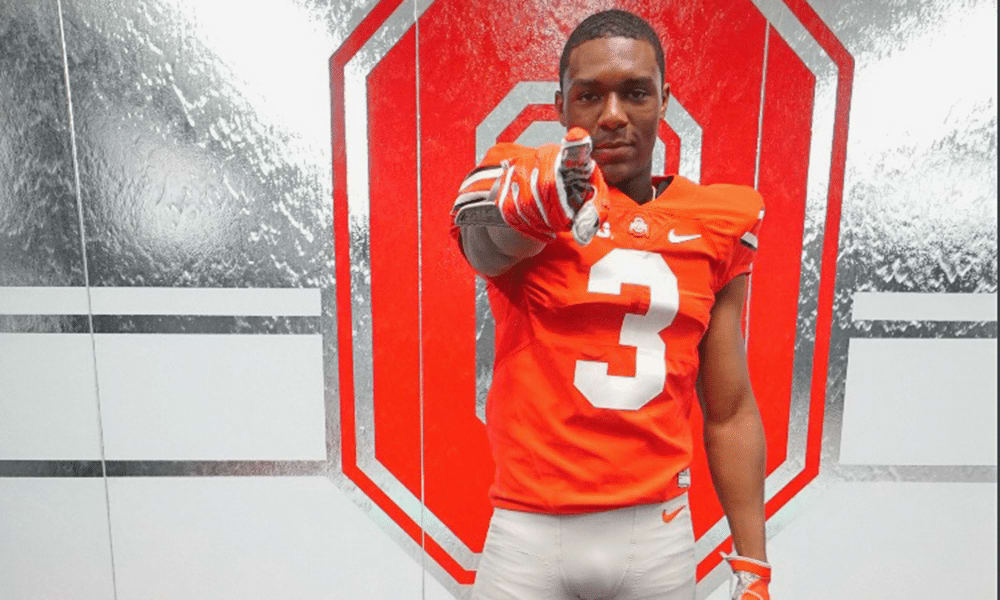 What he didn’t know, in part because of what he’s been told by people around him and because of the schools long-time reputation as a football factory, was that academics are serious business for the Buckeyes.

“It’s the total opposite [of what I’d heard],” Henning, the country’s No. 24-ranked prospect in the Class of 2020 told Lettermen Row on Sunday morning. “The whole academic side of it. They really stress academics and put their players in position to be successful after football in whatever career choice they choose.”

Certainly, at Ohio State, most of the football players donning the Scarlet and Gray are hoping for a career in the sport. Henning, 5-foot-10 and 175-pounds, is no exception to that rule. The Buckeyes of course talked football with him, and he spent most of the day with Zach Smith, who would be his future position coach, and Urban Meyer.

“I spent most of the day with coach Smith, but I did get a chance to sit down with coach Meyer,” Henning said. “They’re both really good guys. Just by talking to them you could tell they not only want to develop great football players, but great men.”

And the football? How does the number one-ranked rising junior in Illinois see himself fitting into Ohio State’s offense? He’s a slot wide receiver, a position that looks to be empty in Columbus by the time he’d arrive on campus.

“Coach let me know some guys would be leaving after this season,” he said of the Buckeyes depth chart. “I think I’d fit in great. Offensively, they showed me how they use me as that “h-back” position. I met some of the players very similar to me.”

Notre Dame is the 247Sports.com crystal ball “favorite” but there’s a long way to go in Henning’s recruitment. Right now, he says he has no top schools and is instead focusing on finding the right fit. The Ohio State trip seems to have put the Buckeyes in a good spot moving forward.

“It was amazing. It definitely exceeded expectations,” Henning said, wrapping up the visit with the Buckeyes. “I don’t have any top schools right now, though. My main focus is this upcoming season. I plan to cut the list after that.”